Christmas is commonly a season when online gamers who aren’t on holiday on foreign soil go to their virtual homes to wreak some havoc with their friends. Destiny 2 has its own seasonal holiday online event called The Dawning, but developer Bungie has managed to make the event so blatantly clear that it’s about them getting Activision money than it is about the enjoyment of the player base. It’s inevitable that players would wonder what made them swing in this direction, especially since the company had gotten it right with the previous title. 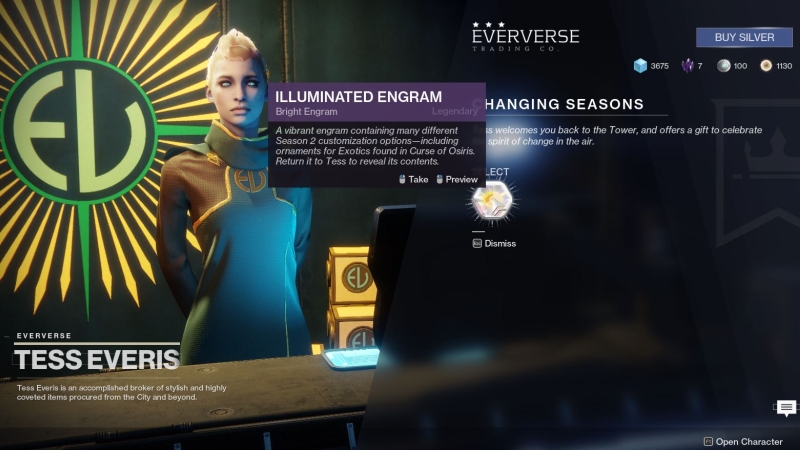 Scheduled from December 19, 2017 to January 9, 2018, the Christmas event brings holiday décor to the game’s social spaces as well as special holiday cosmetics for players to earn – up to 59 unique cosmetics unique to the event. With most other holiday events, the point is to give players a new goal – collecting all the holiday stuff, and then flaunting them to other players after the holiday season. In Destiny 2, you get them from Dawning Engrams, Engrams being the game’s loot boxes. But instead of giving Dawning Engrams for every level up during the event like every other MMO out there, players are still getting the standard, non-event Engrams.

To get Dawning Engrams, you get one for free every week, and you can earn two more by completing five Mayhem Crucible matches and five Heroic Strikes. Making matters worse is that this three-engram limit for Dawning Engrams applies per account, so multiple characters will still be bound to only earning nine Dawning Engrams throughout the three-week event, assuming you’re lucky enough to not get duplicates. This makes the fact that Dawning Engrams can be bought using the premium in-game Silver currency even more egregious to players – instead of being able to earn all 59 items exclusive to the event, players will have to pay their way there.

And finally, I know we say it a lot, but we hear your feedback on Eververse. We both want our players to feel respected, and to deliver great content regularly to our community. Expect lots of discussion with the dev team and an update on our path forward after the new year.

In response to the blatant lie of the non-response – you’d think that if a developer actually listened to feedback regarding microtransactions and was serious about wanting players to feel respected, they’d not do this after the uproar caused by shaders being made consumables – #RemoveEververse is now a thing on Twitter.

For now, players of Destiny 2 will have to wait for the Bungie staff to return from their own holidays to sort out this mess. And assuming that they don’t have the sense to extend this mess of a Christmas event after any form of fix, that leaves players with about a week of event time to earn whatever that can be earned.