Fake news have been on the spotlight ever since the 2016 U.S. presidential election. And to really drive home what kind of bad news fake news is, we have the game Fake it to Make it.

This game puts you in charge of a website devoted to creating and spreading fictional, sensationalized online ‘news’ articles, or simply fake news. From the looks of it, it’s been made by someone who really knows the workings of online media. While we’re at it, she is Amanda Warner, and she says the game is primarily inspired by “the Macedonian teenagers who profited from fake news leading up to the 2016 election in the United States.”

The premise of the game is simple enough. All you have to do is either write or copy sensational news pieces and push them out onto the internet and making sure you get paid for your work, even if said work is nothing more that the pressing of the Ctrl, C and V keys on your keyboard. 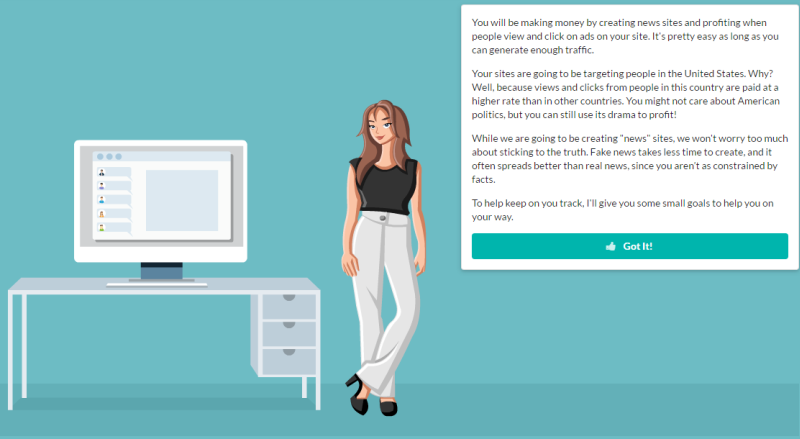 Fake it to Make it also gives you a very real-looking platform to use. The ways you maximize your audience are real – like looking at what is ‘trending’ and who’s talking about these topics, usage of keywords and SEO tags, and even Twitter followers. While these are important tools in online publishing, this applies to both real and fake news, unfortunately.

The whole thing is so real that it almost feels like a training tool. Even the creator of the game admits to this. Despite this, she believes that it also serves as an important way of creating and spreading awareness.

You can learn more about the game here.

Source: Fake it to Make it via Kotaku.

Previous Story
AMD on Radeon RX Vega: ‘It’s just around the corner’
Next Story
Full details of the Samsung Galaxy S8 and S8+ leaked on the internet