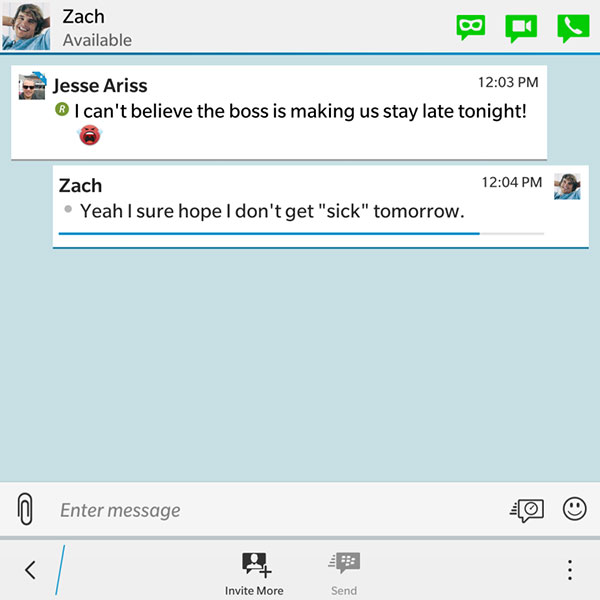 BlackBerry has launched a new Private Chat feature for BBM that will help guard against unwanted screenshots. Users of messaging services like WhatsApp, LINE, and WeChat are probably familiar with how a poorly-worded phrase or slip of the tongue – or finger – has come back to bite them via a screenshot, so Private Chat is likely a welcome update for security-conscious BBM users.

While BBM’s focus on security and privacy means that users will be notified if the other party takes a screenshot, there’s nothing they can do to prevent the screenshot from being misused. Private Chat aims to change that by stripping conversations of names, profile pictures or other cues that could be pegged to your identity. 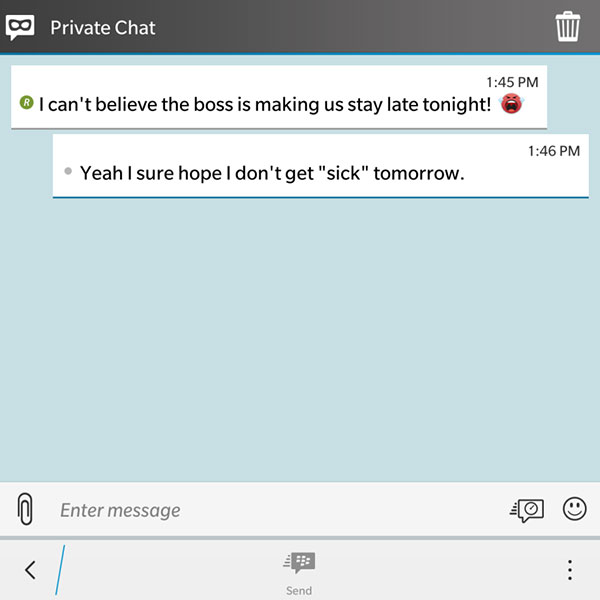 So while it’s still possible to capture a screenshot, users will be able to keep their identities anonymous.

The existing Timed and Retracted Messages Subscription, which adds the ability to set messages to self-destruct automatically and retract both messages and pictures, will be replaced by the new Privacy and Control Subscription. The new Subscription will cost US$0.99 (approx. RM3.74) a month and includes Private Chat and the ability to retract a message for editing before sending it again.

Current Timed and Retracted Messages subscribers will be automatically upgraded to the Privacy and Control Subscription at no additional cost.