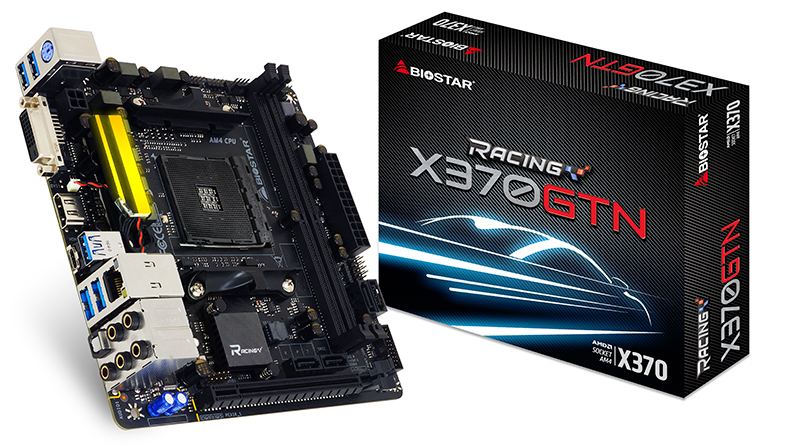 Biostar has announced the Racing X370GTN and B350GTN, two of the first mini-ITX AM4 motherboards for AMD Ryzen. Where manufacturers have tried to cater to small form factor systems, they’ve opted to release micro-ATX AM4 boards instead, and Biostar’s new Racing boards hope to appeal to system builders who want something still more compact.

The Racing X370GTN is based on AMD’s flagship X370 chipset, while the Racing B350GTN is based on the B350 platform, but despite the supposed differences at the chipset level, both boards are identical.

This means that the Racing X370 doesn’t offer the usual advantages that the X370 chipset has over B350, such as additional SATA ports or support for multiple GPUs (a limitation of the mini-ITX form factor). 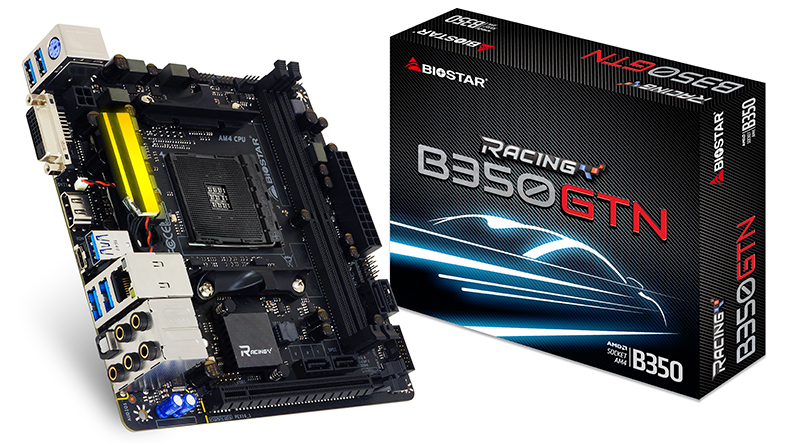 That can be a little confusing given the same feature sets and different chipsets, but Biostar told Tom’s Hardware that there are “delicate differences” between the chipsets for different end users. It didn’t go into specifics, but it could come down to subtle things like overclocking performance.

To further sweeten the deal, Biostar has included two onboard 5050 headers for third-party LED strips. These can be customized using Biostar’s Vivid LED DJ utility, which comes with effects like music-reactive LED animations.