Biostar has announced three new motherboards based on the Intel Z170, H170 and B150 chipsets, and are part of its brand new Racing series boards that are named for the checkered flag pattern on the PCB.

The new Z170GT7, H170GT3, and B150GT5 are built around what Biostar has dubbed its Super 5 Design Concept, which comprises a five-pronged focus on design, performance, audio, ease-of-use, and unique concepts for enthusiasts and modders.

On top of that, all Racing series boards also feature something called Racing I/O Armor, a racing-patterned I/O cover that protects the I/O panel and components from dust and static discharges.

Other than the chipset differences, for instance the H170 chipset does not allow the 16 PCIe lanes from the CPU to be shared across different PCIe slots, the boards differ in terms of the number of PCIe 3.0 slots offered, the number of SATA 6Gbps ports and USB ports, and board form factors. 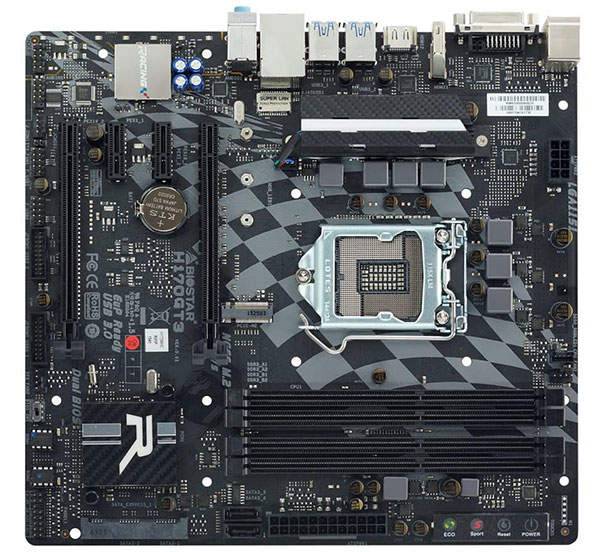 One new feature that Biostar has introduced is GT Touch, which allows you to quickly alter the board’s overall performance. Sport Mode enables a performance boost, while Eco Mode tones things down to reduce the overall power consumption. There is also support for Dual BIOS, which will give system builders the reassurance that they have a backup BIOS to fall back on should the main BIOS fail or become corrupted.

Finally, the boards also feature an LED strip that can be customized using Biostar’s Vivid LED DJ utility. You can set the lights to pulse in time with your music, and an onboard 5050 header means that you can plug in a compatible external LED strip and control it using the same lighting utility as well.

Unfortunately, we’ve no word on price or availability yet at this point in time. You can check out Biostar's eBay shop if you're curious though.