Bethesda’s Doom reboot will be launched on May 13 for PC, PS4, and Xbox One

Bethesda’s Doom reboot will be launched on May 13 for PC, PS4, and Xbox One 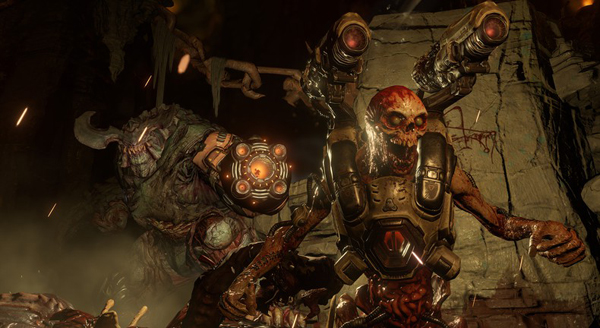 Bethesda has recently announced that their upcoming Doom reboot – which was most recently showcased at E3 2015 – will be launched on May 13, 2016, for the PC, PS4 and Xbox One.

Doom is currently up for pre-order in selected regions worldwide (Malaysia isn’t one of them, unfortunately), with the Standard Edition going for US$60 (~RM248), and the full-blown Collector’s Edition going for US$120 (~RM496). The former of the two editions includes the full base game, its multiplayer mode, and SnapMap level editor; while the latter is bundled with all of the above on top of a 12-inch, LED-lit statue of a Revenant demon – all neatly packed inside an exclusive metal case.

Both editions will come together with plenty of pre-order bonuses, which includes the Demon Multiplayer Pack (which consists of a demon-themed armor set with three skin variations), six Hack Modules (consumable items that will give you an advantage in a multiplayer match), as well as six metallic paint colors, and three id logo patterns for your weapons and armor.

If you’re already having a hard time containing your excitement for Doom, you might want to stop yourself from watching the brand new Doom campaign trailer that we have embedded below.