Having launched the ASUS ZenFone 4 series of phones in Taipei, Taiwan last month, ASUS is now having a road show that starts today and goes on until this coming Sunday. That’s September 6 – 10, 2017. For all four days, you’ll have to be at 1 Utama Shopping Center’s Highstreet section on the Ground Floor. On all four days, there will be Q&A sessions for the public to take part in, which will get you a chance to be part of the lucky draw. ASUS is giving away one ZenFone 4 Max Pro every day via this lucky draw, as well as a bunch of other prizes. These include up to three ASUS ZenPower 10050 power banks a day, as well as other items featuring Korean actor Gong Yoo, such as posters, hand fans and A4 folders, as well as We Love Photo pillows and sticky notes.

If you’ve decided to purchase any member of the ASUS ZenFone 4 series of phones, you’ll also get a few freebies thrown in. These include the aforementioned ASUS ZenPower 10050 power banks, 16GB microSd cards, screen protectors, selfie sticks, Micro-USB and OTG cables We Love Photo pillows and posters of Gong Yoo. All these are, as you’d expect, while stocks last only. 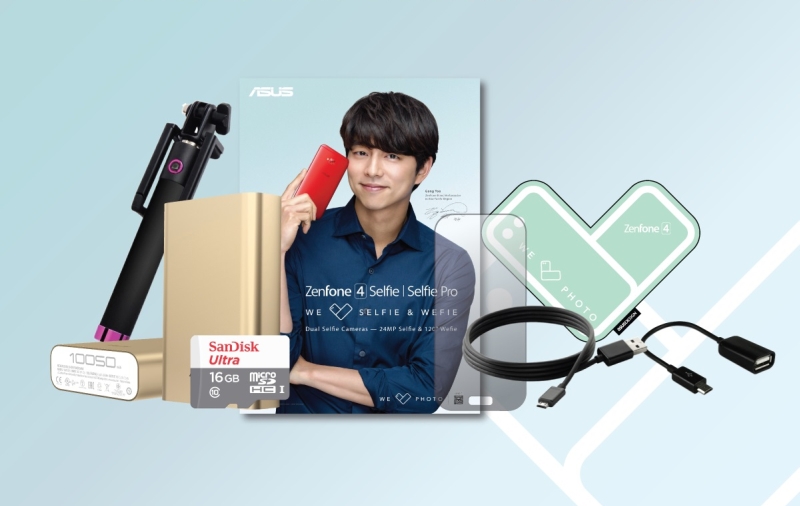 Here’s the Facebook page dedicated to the road show if you need more information.

Speaking of which, ASUS has also announced that the ZenFone 4 itself will be available starting next week with a price tag of RM2,099. If you’ve read the article detailing the tech behind the ZenFone 4 series of phones, you’ll notice that we’ve only had rumored specs for the phone. ASUS has confirmed with us that the spec sheet of the ZenFone 4 will have the following: