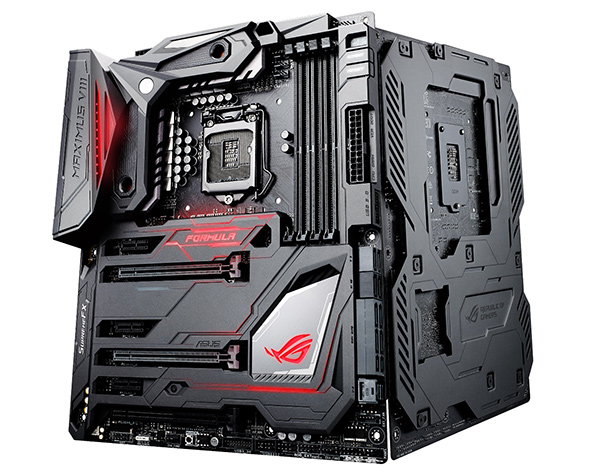 The year may be winding to a close, but ASUS has just unveiled its ROG Maximus VIII Formula motherboard, the latest addition to 2015’s ROG Maximus boards. It joins the ROG Maximus VIII Extreme and the plasma copper Assembly variant at the top of ASUS’ Intel Z170 motherboard line-up and features support for hybrid cooling, a mainstay feature of ROG Maximus Formula series boards.

We first heard of the Maximus VIII Formula back at ASUS’ launch event in Bangkok earlier this year. As it turns out, although both the Extreme and Formula boards occupy the premium segment in the ROG series, the Formula is designed for greater aesthetic appeal, while the Extreme is intended to deliver unrivalled performance.

These differences in focus are clearly evident in the boards’ designs. While the Extreme is by no means a plain-looking board, the Formula comes with additional trappings like ROG Armor on the front and back of the board. This means that most of the PCB is covered by a sleek, protective shroud, and the motherboard rear features a full-length backplate instead of just the two reinforcing plates around the PCH and VRM heatsinks found on the Extreme. 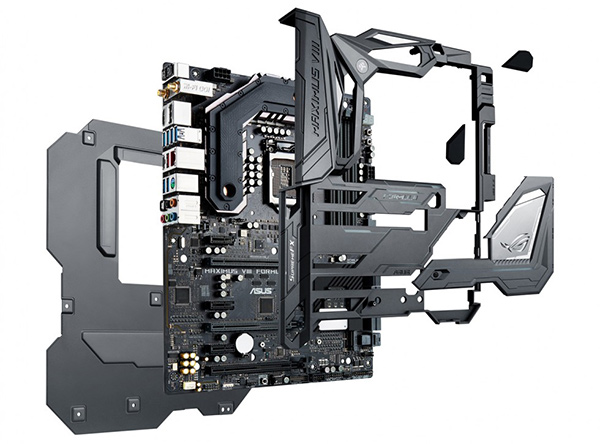 But that aside, its signature feature is really the aforementioned support for hybrid cooling. This time, ASUS partnered with EK Water Blocks to create the block – a CrossChill EK hybrid cooling block that is mounted directly to the MOSFETs instead of the heatsink. The block is designed to work as a passive cooler, but it also includes channels for liquid cooling and two G1/4 threads that will work with most standard water-cooling fittings. According to ASUS, going the liquid-cooling route could reduce MOSFET temperatures by as much as 23°C. 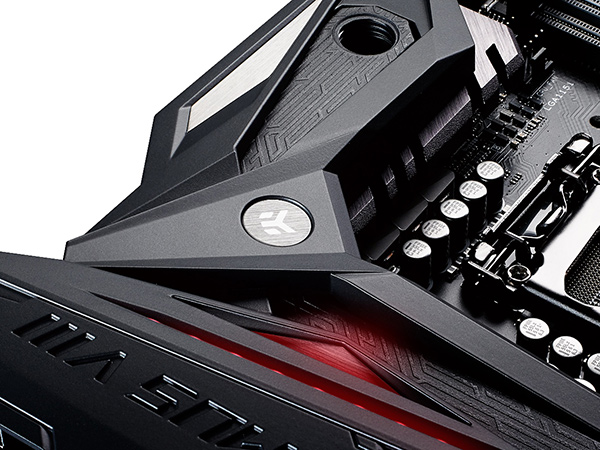 This puts the Maximus VIII Formula in line with boards like the Gigabyte Z170X Gaming G1 and MSI Z170A Gaming M9 ACK, both of which also have built-in water-cooling support with G1/4 threaded fittings.

Another feature of note is the use of transparent panels as part of the ROG Armor. These panels are in turn illuminated by the onboard Aura RGB LEDs, which can be controlled by the Aura lighting control software and set to your preferred color. ASUS has also added an extra 4-pin header for you to hook up an additional RGB lighting strip and control it using the same software – after all, some system builders really love their lights.

But even though we said that the Formula was primarily about its looks, it is no slouch in the features department either. It has the same SupremeFX 2015 audio solution as the latter and comes with typical ROG features like five-way optimization, NVMe U.2 and M.2 interfaces and USB 3.1 Type-A and Type-C ports. There’s also a bundled 2x2 802.11ac Wi-Fi module which supports MU-MIMO wireless connections, but one thing to note is that it is a small step down from the 3x3 module on the Extreme. 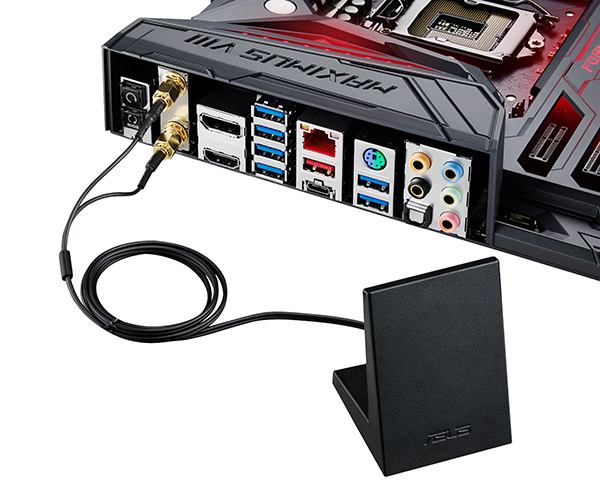 We don't yet know how much the board will cost locally, but we'll update when we know more.