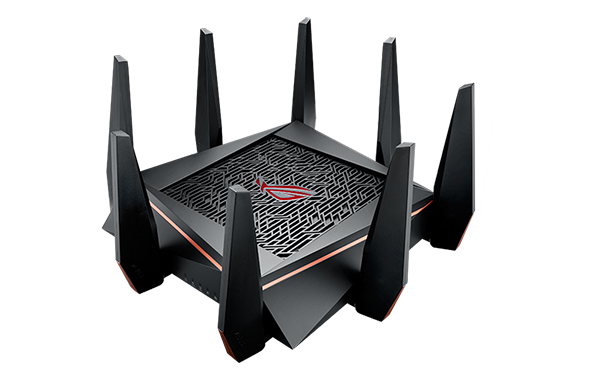 ASUS has just launched a brand new high-end router that is targeted specifically at gamers and it is called the Rapture GT-AC5300. It is a tri-band AC5300-class router, this means it broadcast three networks - a single 2.4GHz network and two 5GHz networks - and offers a maximum bandwidth of up to 5,300Mbps.

Of course, it goes without saying that you need the right equipment to be able to take advantage of its high speeds. It also comes with 8 Gigabit Ethernet LAN ports. Two of which supports link aggregation and can be combined to create a single super-fast 2Gbps link. 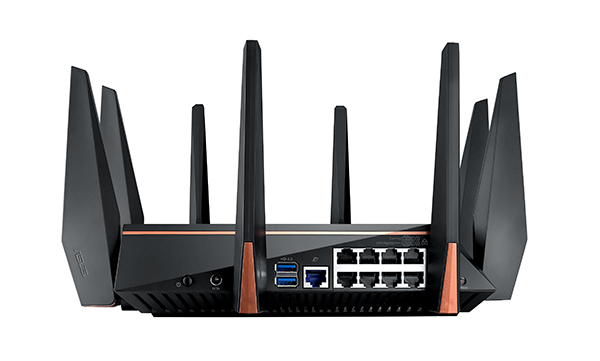 The Rapture GT-AC5300 also features a new router interface called ROG Gaming Center, which has some useful functions. Apart from providing a quick overview of the network, the ROG Gaming Center also has something called Game Radar that shows server ping speeds for selected games around the world.

There's also Wi-Fi Radar, which allows users to analyze the wireless signal to pinpoint any interference, and choose the least-congested channel for the best wireless performance; Game Boost, which analyzes networking traffic and prioritizes gaming packets for the best possible performance, and Game IPS (Intrusion Prevention System), which provides the gaming network with extensive protection against external threats.

Previous Story
Acer Swift 5 now available in Malaysia from RM3,499 onwards
Next Story
AMD to issue an update for Ryzen to refine its performance in Windows Balanced mode