ASRock has released its new top-end X79 Extreme 11 desktop chipset, which supports a whole host of features that will improve your user experience. Geared towards enthusiasts, the X79 Extreme 11 chipset will offer users a complete performance package that will make others envy.

One of the features that the X79 Extreme 11 has is the support for 4-Way SLI/CrossFireX. Equipped with up to seven PCIe 3.0 x16 slots, and two PLX PEX 8747 chips, the ASRock is able to supply enough extra PCIe lanes to support anything that users might want to add on to their system. 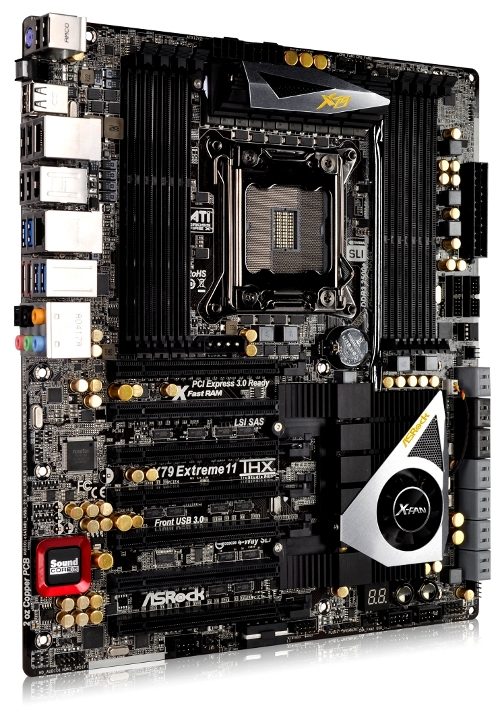 Besides that, the X79 Extreme 11 also comes with ten SATA3 ports, eight of which are SAS ports sourced from LSI SAS 2308 controller. With the use of LSI MegaRAID utility, users will be able to get high transfer speeds of up to 3.8GB/s through the use of eight SSDs in RAID 0 modes. For audio, the X79 Extreme 11 has an onboard Creative Sound Core3D quad-core and voice processor, which offers true-to-life sound experience that supports THX TruStudio PRO, CrystalVoice,EAX 1.0 to EAX 5.0 and Scout Mode.