ASRock has an Intel Z370 motherboard for just about every occasion ASRock has revealed six new Intel Z370 motherboards, and it’s taken care to cover most of the bases with boards for everyone from gamers to multi-GPU enthusiasts and even casual users.

Common features among the boards include support for Intel’s Optane storage and memory, ASRock’s Hyper DDR4 technology – the company’s way of providing cleaner and more stable memory signals with optimized trace design – and a high-density glass fabric PCB design that supposedly protects against humidity-induced electrical shorts by reducing the gaps between PCB layers.

Compared to the previous generation of boards, the new Z370 models boast an improved power phase design for smoother power delivery to the six-core Intel 8th generation processors, in addition to front USB 3.1 (Gen 2) ports on select boards such as the Fatal1ty Z370 Professional Gaming i7 and the Taichi.

However, many features also carry over from the Z270 series, such as steel-reinforced PCIe slots and Realtek 7.1-channel surround audio. All the boards also have customizable RGB LEDs, with the exception of the Z370 Pro4.

The flagship Fatal1ty Z370 Professional Gaming i7 will interest gamers looking to build a high-end rig with its bevy of gamer-centric features. It comes with no less than three LAN ports, comprising two Intel Gigabit LAN controllers – the Intel I219-V and I211-AT – and a third 10 Gigabit port powered by the Aquantia AQC107 controller. 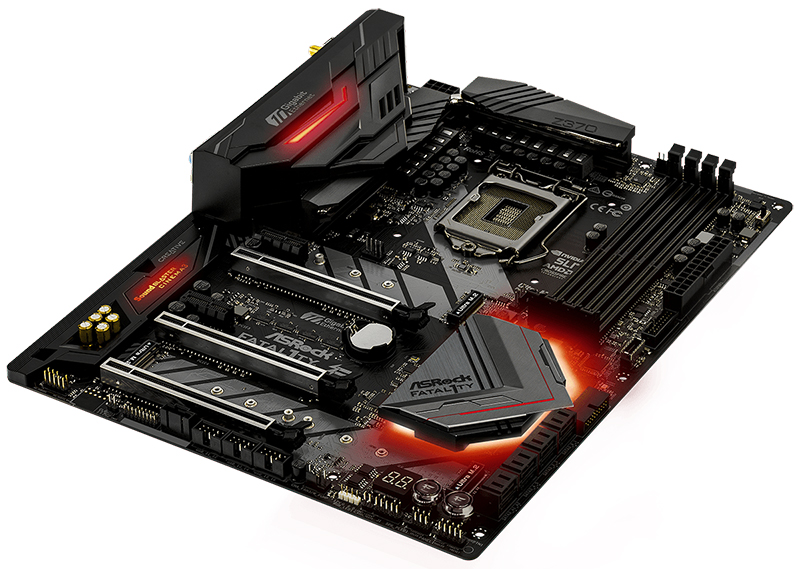 In addition, there’s support for 802.11ac Wi-Fi and Bluetooth 4.2, so you really have a plethora of connectivity options available.

However, the number of SATA 6Gbps ports has been cut down from 10 on the Fatal1ty Z270 Professional Gaming i7 to eight, with six coming from the chipset and two provided by an ASMedia ASM1061 chip.

Most users don’t even need that many SATA connectors, so it’s hardly a big deal, and you’ll still get three M.2 sockets to go with.

The Gaming i7 is also equipped with a 12-phase power design with 60A power chokes and dual-stack MOSFETs, so overclockers will likely turn to this board for their needs as well.

On the other hand, the Z370 Taichi is shaping up to be a capable all-rounder. It features dual Gigabit LAN ports, onboard Wi-Fi, and a total of eight SATA 6Gbps and three M.2 connectors, so there’s a wide range of connectivity options on hand as well. 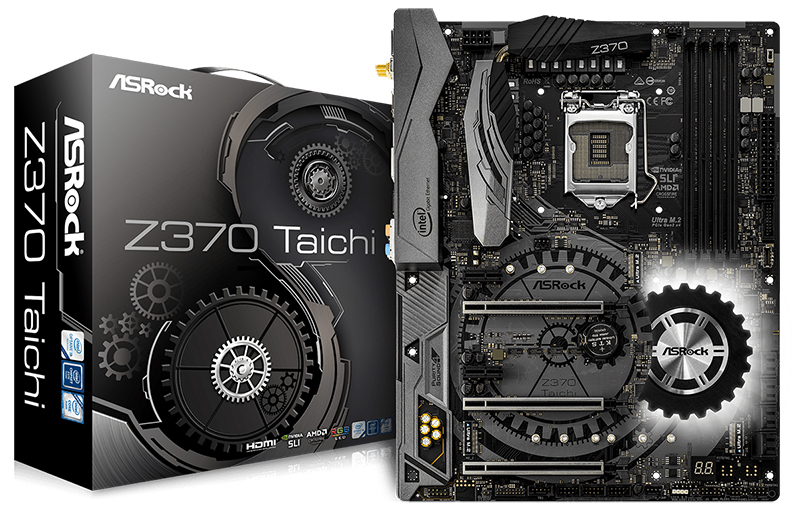 It also uses a 12-phase power design, the same as the Fatal1ty board, so it more than measures up to the latter.

The Extreme4 is a mid-range board with pared-down expansion options. It is equipped with two M.2 sockets, lacks onboard Wi-Fi, and comes with just a single LAN port, but it should still be more than enough for most folks with its 12-phase power design and support for 2-way SLI. 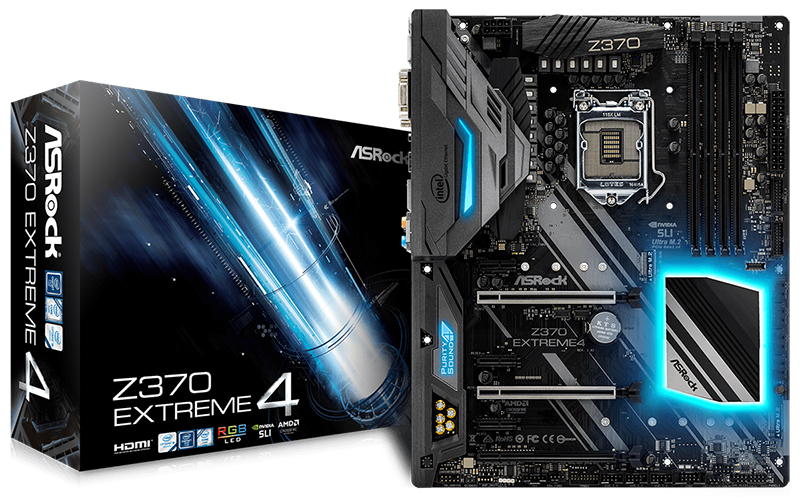 Moving further down the line-up, the Killer SLI boards cut down even more on the available features, but what they retain is support for multi-GPU configurations, including 2-way SLI as well. Both Killer SLI boards are nearly identical, but the SLI/ac model comes with support for Wi-Fi and Bluetooth 4.2.

They also ship with a high-bandwidth SLI bridge, the same as their higher-end counterparts. Finally, the Pro4 board serves as the entry-level model. It’s missing support for multiple NVIDIA graphics cards (only one PCIe 3.0 slot is capable of running in x16 mode, while the other is limited to just x4), and comes with fewer SATA ports, but you still get two M.2 sockets and a USB-C port on the rear I/O.