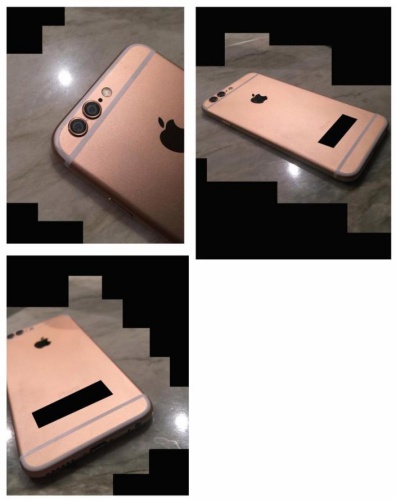 Apple's upcoming iPhone(s) may sport more than just hardware and software upgrades; there might be a new color as well.

According to 9to5Mac, the publication received a series of photos showing an iPhone model clad in rose gold tone and a dual-lens camera setup. The latest leaked photos corroborate two earlier reports of what to expect from the next generation iPhone(s).

Just four months ago, sources in the Asian supply chain stated that Apple is adopting a dual-lens camera setup which will allow the next iPhone(s) to have optical zoom capabilities. A week ago, KGI Securities published a report claiming that there will be a new color - rose gold for the iPhone(s).

If you recall, Apple introduced the first gold iPhone in 2013 and it proved to be a smash hit among consumers. Apple brought the gold hue to its iPad line-up last October and more recently, to its new 12-inch MacBook. Will we see a new color being introduced this September?