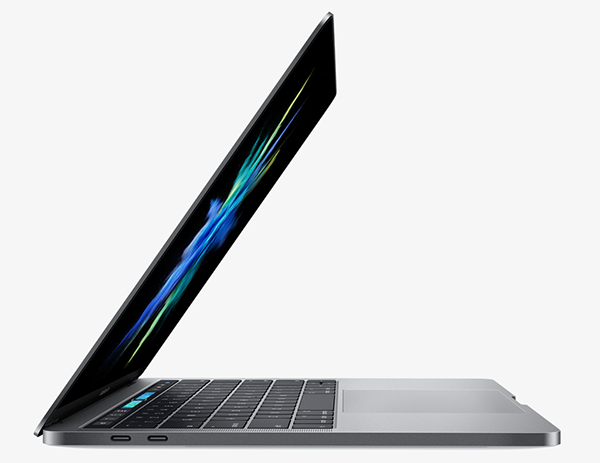 About two weeks ago, Apple announced its new MacBook Pro notebooks, and most of the early rumors about what features it would have been spot on.

The higher-end models would have a cool and nifty-looking Touch Bar. And as expected, all models would now only sport USB Type-C connectors.

Apple's decision to offer only USB Type-C connectors and no built-in SD card slot has riled many longtime MacBook Pro users. And many users have gone online to voice their displeasure about Apple's decision.

However, it seems like this group of people is the minority because Apple's marketing head honcho, Phil Schiller, has just said that the new MacBook Pro has received more online orders than any other model before it.

"We are proud to tell you that so far our online store has had more orders for the new MacBook Pro than any other pro notebook before," added Schiller. "So there certainly are a lot of people as excited as we are about it."

This corroborates with the increase in shipping times that we have been seeing. Initially, the new MacBook Pro notebooks with the Touch Bar were expected to ship between two to three weeks. Now, shipping times have increased to four to five, a sign that demand is outstripping supply.

Schiller also remains adamant that Apple has made the right choice when it comes to the specifications of the new MacBook Pro.

"We know we made good decisions about what to build into the new MacBook Pro and that the result is the best notebook ever made, but it might not be right for everyone on day one. That's okay, some people felt that way about the first iMac and that turned out pretty good."

Previous Story
Samsung will debut its AI assistant on the Galaxy S8
Next Story
Samsung recalls 2.8 million washing machines in the U.S