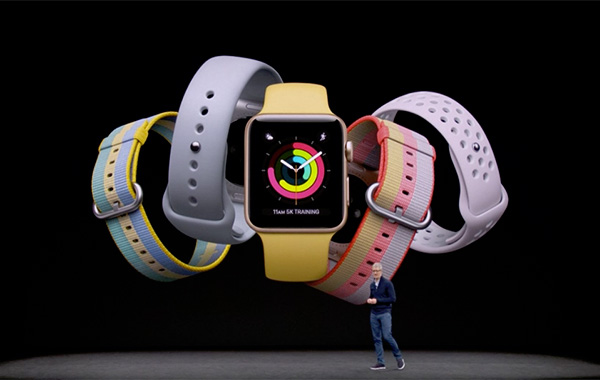 There’s a new Apple Watch, and it's called the Apple Watch Series 3. This is the third time that Apple updated its popular smartwatch, and naturally, it boasts a number of important improvements. Let us break down what’s new and what’s not. 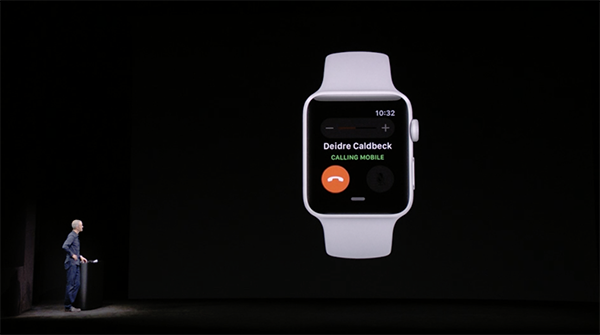 Cellular connectivity – This is a biggie. The Apple Watch Series 3 will come in two variants – cellular and non-cellular. Thanks to cellular connectivity, the cellular Apple Watch Series 3 will be more independent. For example, it will be able to make and receive calls and messages independent of your iPhone. However, for convenience, it will use the same phone number so that your messages and texts don’t get mixed up whether you have your phone with you or not. Presumably, this means some tie-up with telcos is necessary for this to work, because it will use an e-SIM and not a physical SIM card. Cellular connectivity also means that you can stream Apple Music directly to your Apple Watch. For fitness enthusiasts, this means a potentially unlimited workout playlist!

New processor – The Apple Watch Series 3 features a new dual-core processor that offers 70 percent more performance. This processor is also what gives Siri enough compute power to speak for the first time on the Apple Watch. This means no more looking at the screen after asking Siri your queries on your Apple Watch.

W2 Bluetooth chip – Alongside the new processor, the Apple Watch Series 3 also gets the new W2 chip that offers 80-percent faster Wi-Fi, while being 50 percent more efficient. Definitely much needed to improve battery life, especially when the Watch Series 3 is also designed to offer LTE functionality. 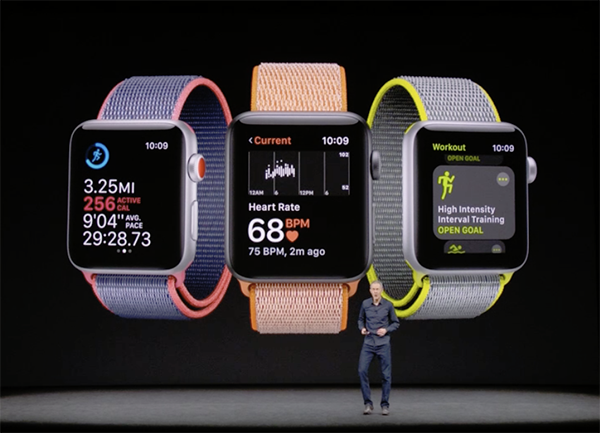 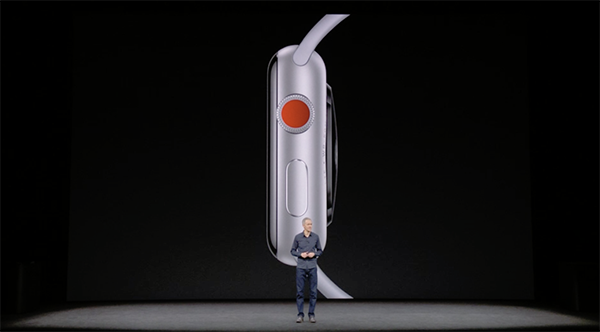 Design – It is still square. A square display makes the most sense for displaying text, so deal with it.

Size – The Apple Watch still comes in 38mm and 42mm. However, the Apple Watch Series 3 is just a tad thicker. The back crystal is extended by 0.25mm to accommodate the new processor and added components required for cellular connectivity. 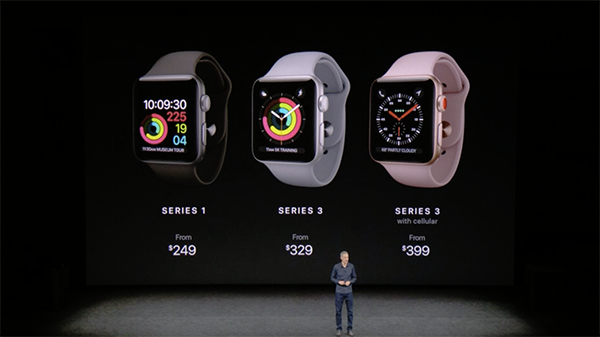 Unfortunately, no pricing and availability details were announced for Malaysia, except for a tentative 2018 placeholder date. Presumably, this is because telco support is required for the new digital SIM (e-SIM) and to enable both the Apple Watch Series 3 and iPhone to share the same number.

The Apple Watch Series 2 will be discontinued.

Finally, Apple also announced that watchOS 4 will be available on September 19.

Previous Story
Apple reveals iPhone 8 and 8 Plus with wireless charging and glass back design
Next Story
Apple TV refreshed with 4K support, does HDR10 and Dolby Vision