Apple to start trial production of 2018 iPhone models earlier this year. Why?

Apple to start trial production of 2018 iPhone models earlier this year. Why? 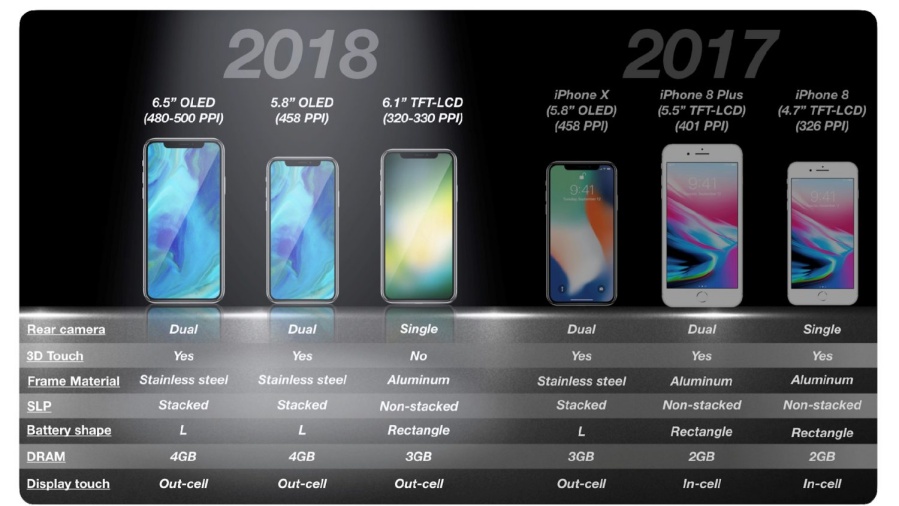 With three new iPhone models scheduled for launch in September, Apple is said to be starting trial production as early as Q2.

Sources from the Taiwan-based IC design houses told DigiTimes that Apple wants to avoid a repeat of the production delays that plagued the iPhone X last year. By starting the trial production earlier, Apple hopes it could help push ahead the delivery schedules for the new iPhones and have more supplies available for pre-order this year.

The sources added that sales of the iPhone 8 and iPhone X models have been "lower than expected", but downstream iPhone supply chain makers are more optimistic about order prospects this year.

Apple is believed to be releasing three new iPhone models in September. Two of them will come with OLED screens while the more affordable model would have a 6.1-inch LCD panel.

Previous Story
Samsung’s QuickDrive washing machine promises to cut your laundry time in half
Next Story
With a capacity of 100TB, this is the world's largest SSD