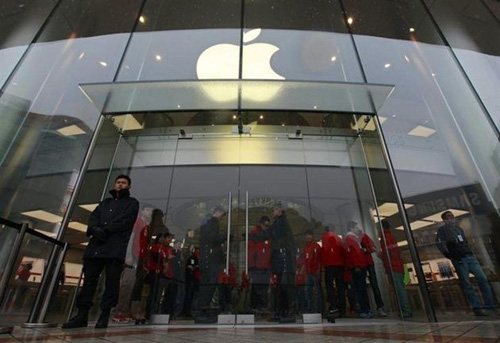 In the first quarter of 2013, Apple managed to secure an eight percent market share within the Chinese mobile market, according to data that Electronista collected from IDG News. This means that Apple is now in fifth place, behind other Chinese manufacturers like Yulong (manufacturer of the CoolPad), Huawei and Lenovo. It previously lost its fifth place position in the last two quarters of 2012. Currently maintaining a strong lead in the Chinese market with 20 percent, is Korean handset manufacturer, Samsung.

Electronista noted that Apple and Samsung were the only two non-Chinese companies in the list of top 10 handset manufacturers in China. The list is dominated by Chinese manufacturers with 68 percent of all phone shipments coming from within the country. Electronista also identified the major stumbling block that prevents Apple from overcoming the competition -- price.

A major obstacle for Apple is price. iPhones are typically some of the most expensive smartphones in any market in which they're sold, and in China that cost is especially inflated, as an iPhone 5 starts at 5,288 yuan ($863). Popular low-cost phones sell in the country for between 400 and 700 yuan. Apple is rumored to be working on a cheaper iPhone model which might sell for less than half the price of the 5.