Apple has plans to manufacture iPhones in the U.S.

Apple has plans to manufacture iPhones in the U.S. 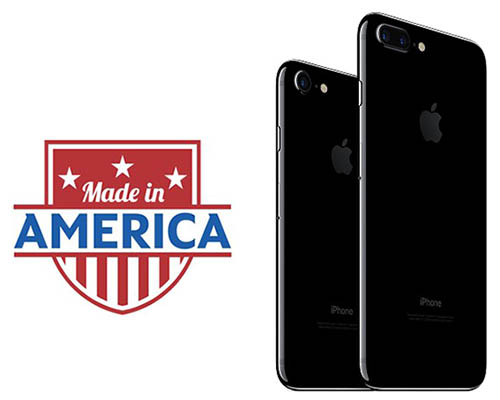 Apple has reportedly asked its long-time manufacturing partner Foxconn to study the possibility of building iPhones in America. Terry Gou, Foxconn's chairman, is also said to have complied with the request. However, he is also said to be unenthusiastic about the idea, since building the iPhone in America will invariably cost more.

Presumably, Apple is studying its options should Trump really go through on his promise to impose a 45 percent tariff on products imported from China. Building the iPhone in America will not be an easy task. For one, China has a lot of expertise in manufacturing, something which America desperately lacks.

Secondly, America doesn't have the "cluster of suppliers" necessary to manufacture iPhones. In Asia, Taiwan's TSMC supplies Apple with the A-Series chips that power the iPhone; Japan's Sharp and Japan Display are responsible for the iPhone's screens; and finally, both Toshiba and Samsung provide Apple with memory chips.

An industry executive said, "To make iPhones, there will need to be a cluster of suppliers in the same place, which the U.S. does not have at the moment. Even if Trump imposes a 45 percent tariff, it is still possible that manufacturers will decide to continue production overseas as long as the costs together with the tariffs are lower than the amount they need to spend on building and running production lines in the U.S."