Apple files patent that allows Siri to whisper back to you

Apple files patent that allows Siri to whisper back to you

These days, it’s not that strange a sight to see people talking to their personal AI assistants – the likes of Siri, Cortana and Google Assistant, though you may not want to be the sight that people are seeing. That, too, is pretty common as these personal assistants usually answer in tones that attract a lot of attention, or mishear and misunderstand you, and respond with something suggestive to those around you. Now, Apple has filed a patent that may give Siri more tact, whispering back whenever you whisper to it. 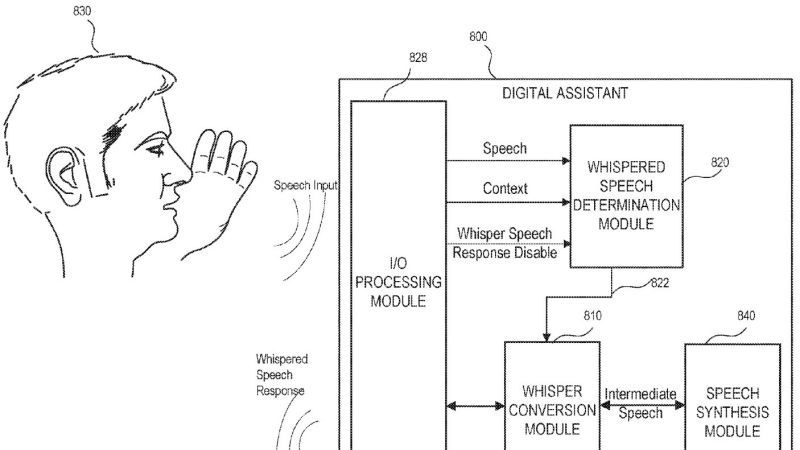 The patent by Apple describes “a digital assistant that is capable of detecting a whispered speech input and providing a whispered speech response,” which is used to “protect the user’s privacy,” among use scenarios like “while studying in a library.” The process in which this is achieved involves a device, presumably an iPhone, iPad, or Apple Watch, detecting the difference between you talking and whispering, based on the voice’s amplitude and frequency patterns. And the response from the digital assistant, presumably Siri, will also have an adjusted tone instead of just a lower volume.

Application of this patent would certainly make digital assistants more humanlike, and respond to whispers with whispers of their own, like we normally do. When you think about it, it’s actually amazing that no one else thought of this idea before now. But as with all patents, just because it was filed doesn’t necessarily mean that the tech itself would see the light of day, applied in an actual product.

Previous Story
Meitu engineers AI ArtBot that turns photos into paintings
Next Story
Guess which two phone makers are expected to use 7nm chips in 2018?