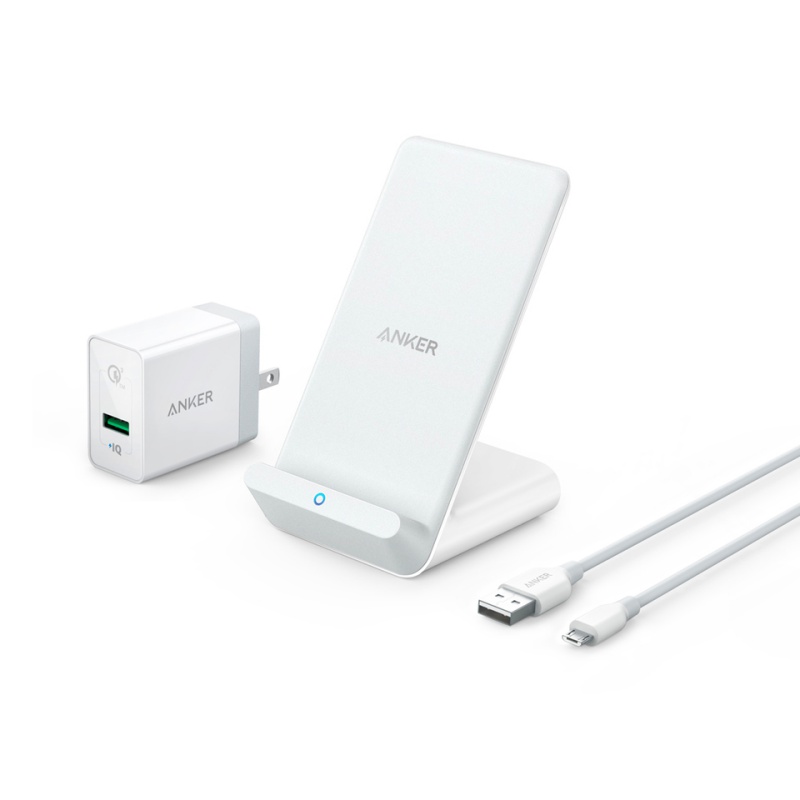 Both PowerWave wireless charging pads feature a built-in cooling system which allows them to charge an iPhone up to one hour faster than other wireless chargers in the market.

“After testing most of the chargers on the market, we discovered that they shared a major flaw: the wireless coils gradually heat up and this prevents the chargers from dispensing 7.5W for long periods of time,” explained Steven Yang, CEO of Anker Innovations. “By adding a fan underneath the coil, we manage to regulate temperature and therefore allow the device to output consistent 7.5W power, resulting in the fastest wireless charge for the new iPhones.”

Aside from the iPhone, the PowerWave series is also compatible with the 5W and 10W wireless standards already in use on many Android devices such as the Samsung Galaxy flagship series. To take advantage of the 7.5W output of the PowerWave wireless charging pad/stand, you have to use the bundled Quick Charge 3.0 wall adapter, microUSB cable and ensure that the iPhone is updated to iOS 11.2.  It is also important to note that the PowerWave wireless charging pads are incompatible with the wall chargers provided by Apple and Samsung.