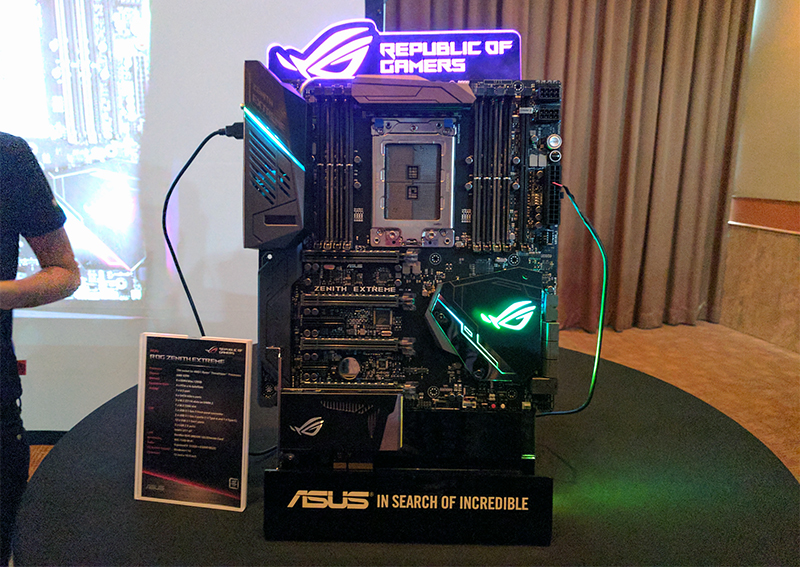 This year’s COMPUTEX was dominated mostly by news of Intel’s new X299 chipset and its Core-X processors, but a few brands were already showcasing AMD’s own ultra-enthusiast X399 boards in preparation for the company’s Threadripper processors.

We caught a glimpse of the ASUS X399 ROG Zenith Extreme board at COMPUTEX, and it comes with many of the new features that debuted on ASUS’ Intel X299 motherboards. This includes dedicated liquid cooling features, a LiveDash OLED display on the I/O cover, and support for up to three M.2 SSDs (including a DIMM.2 socket).

This has all the makings of a flagship motherboard, and you’ll also find 802.11ad wireless technology and a bundled ROG Aerion 10G LAN card. However, those are luxuries that few people will find occasion to use, and an Intel I211-AT controller handles your more conventional networking scenarios. 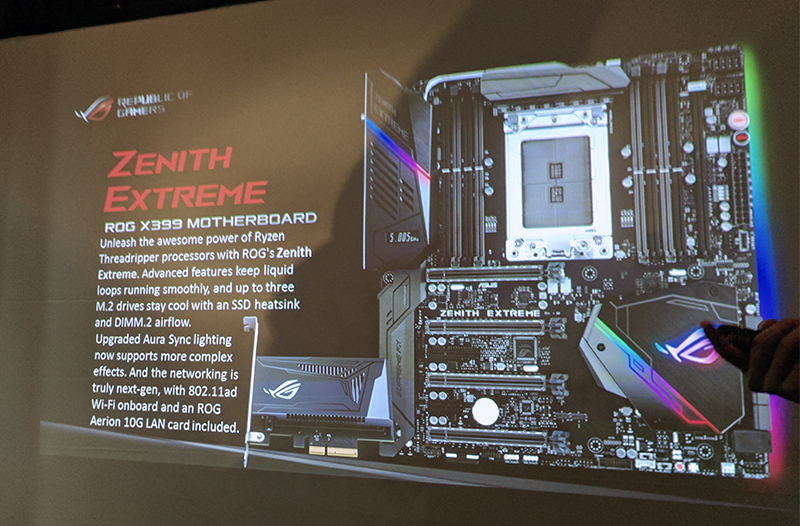 There are a total of eight DDR4 DIMM slots for Threadripper’s quad-channel memory controller, and the board will take up to 128GB of memory. In addition, Threadripper offers up to a whopping 64 lanes of PCIe 3.0 lanes, and ASUS has split these between two x16 and two x8 slots.

Other than the M.2 socket and the DIMM.2 card that will take two further M.2 SSDs, the Zenith Extreme also has six SATA 6Gbps ports and one U.2 connector. That said, it’s not clear why manufacturers keep insisting on including a U.2 port when the only drive that will work is the 2-year-old Intel 750 series SSD.

On top of that, ASRock and Gigabyte had X399 boards to show off as well. ASRock unveiled its X399 Taichi and Professional Gaming motherboards, but it was quite sparse on the details. However, the latter board will reportedly support up to 4-way SLI and CrossFire and feature three PCIe 3.0 x4 M.2 sockets and a U.2 connector. 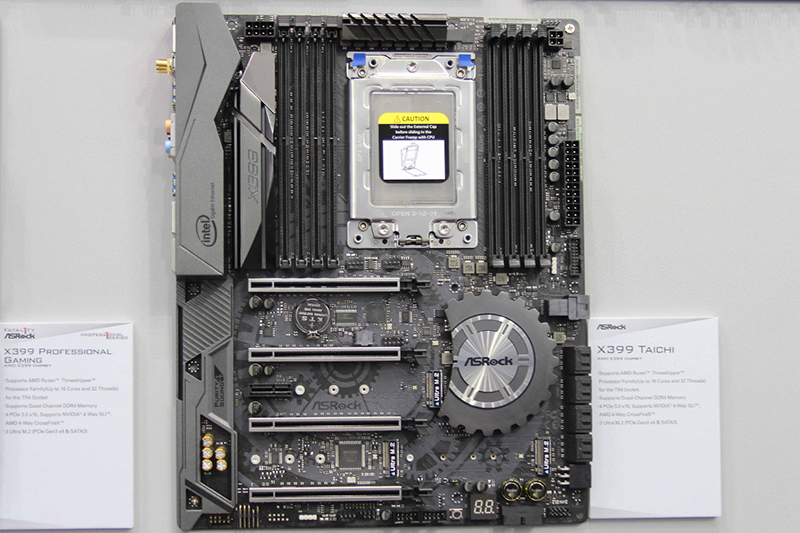 On Gigabyte’s end, it showed off the X399 AORUS Gaming 7, which boasts a total of five PCIe 3.0 slots comprising two x16, two x8, and one x4 slot. In addition, there is support for up to three M.2 SSDs, eight SATA 6Gbps ports, and an onboard Killer E2500 networking controller. 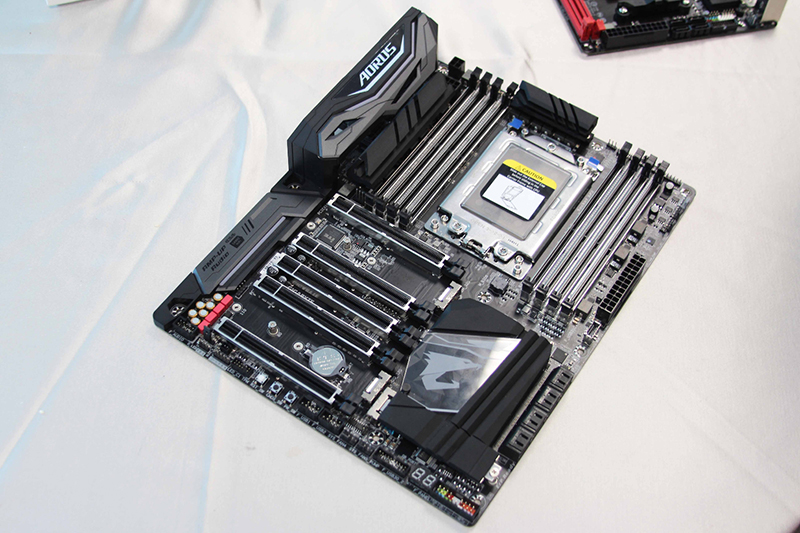 One thing you’ll notice across all the X399 boards is that AMD has switched from the PGA socket it uses for its Ryzen processors to a massive 4,094-pin LGA socket.

Dubbed TR4/SP3, where the former denotes the consumer Threadripper socket and the latter the EPYC server socket, the two so far appear identical and it seems like the same socket will work with both Threadripper and EPYC processors.

Another point to note is the proximity of the PCIe and DIMM slots to the CPU socket – they are very close, which may present problems with large air coolers. Granted, liquid cooling may be the preferred option in this market segment, but Noctua also has a new heatsink design that lets you offset the cooler to make way for a graphics card in the topmost PCIe slot.