AMD scores another win with their GPUs in Google's cloud services

AMD scores another win with their GPUs in Google's cloud services In a world of HPC, AI, and Deep Learning that has long been dominated by the likes of Intel and NVIDIA, hearing AMD's name thrown into the fray does raise some eyebrows.

So imagine how our eyebrows raised and furrowed when we found out that the Sunnyvale company had struck a deal with Google, promising to provide the search engine with their own FirePro workstation GPUs in order to power up Google's cloud servers.

As written at Extreme Tech, Team Red and Google's newfound relationship could help the former to establish a foothold inside the Deep Learning and HPC market, a market which NVIDIA has long held dominance in.

“Graphics processors represent the best combination of performance and programmability for existing and emerging big data applications,” said Raja Koduri, senior vice president and chief architect, Radeon Technologies Group, AMD. “The adoption of AMD GPU technology in Google Cloud Platform is a validation of the progress AMD has made in GPU hardware and our Radeon Open Compute Platform, which is the only fully open source hyperscale GPU compute platform in the world today. We expect that our momentum in GPU computing will continue to accelerate with future hardware and software releases and advances in the ecosystem of middleware and libraries.” 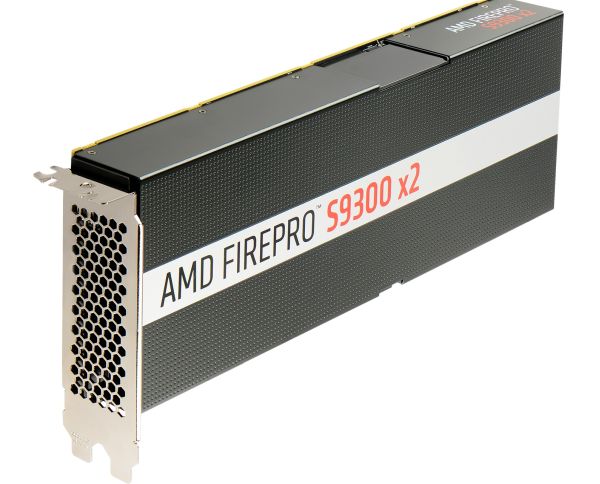 So, beginning from 2017, AMD's FirePro SC9300 x2 servers will be engines that drive Google's Compute Engine and the Google Cloud Machine. The card itself is actually a server variant of the Radeon Pro Duo, AMD's card that was launched earlier in the year at AMD's Capsaicin during GDC 2016. Sadly, very few (if any) reviews of the cards exists on the internet, on account that AMD had recalled the card from reviewers due to some performance issues with them.