Back in July, AMD put the world of tech on their toes when they announced their Radeon SSG graphics card during SIGGRAPH.

In an effort to keep the ball rolling on graphics cards with massive amounts of memory (as well as their most recent success with Chinese company Alibaba), word on the internet is suggesting that the company from Sunnyvale is already prepping a brand new graphics card with more than 1TB of memory based on their yet to-be-released Vega 10 GPU architecture.

Codenamed  'Dracarys' after the Valerian language from the popular 'A Song of Ice and Fire' novels (more commonly known as Game of Thrones), the new graphics card will supposedly be revealed during the Supercomputing 2016 event happening next month. But the most interesting point about this card? Its price tag. 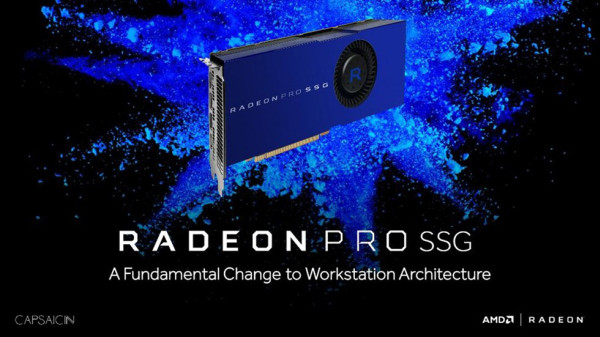 According to sources, AMD will be selling the card for US$10,000 (approx. RM42,000), and given the amount of memory that you're getting, the card really brings a whole new meaning of getting a 'bang for your buck.' Of course, as you would imagine from the price alone, the card isn't going to be readily available for the consumer segment, but rather more for the commercial segment and companies in need of more powerful graphics solutions, be it for single precision computing or for cloud-based digital desktop rendering tasks.

AMD's upcoming Vega 10 GPU architecture is set to launch sometime during the first half of 2017, but no exact date has been disclosed as of today. AMD says that Dracarys will be far more integrated and a lot "closer to the metal" in comparison to the Radeon Pro SSG. In terms of power, Dracarys will supposedly be able to perform more than 20 TFLOPs of FP16 floating point operations and that it should be available during the second half of 2017, but that's all that AMD's willing to say about it.