AMD looks set to launch its first Zen-based ‘Naples’ processor by Q2 2017. The enterprise-level chip will feature 32 cores, with support for up to 64 threads. The Naples processor supports eights channels of DDR4 RAM, and each channel is served by a pair of DIMM slots. 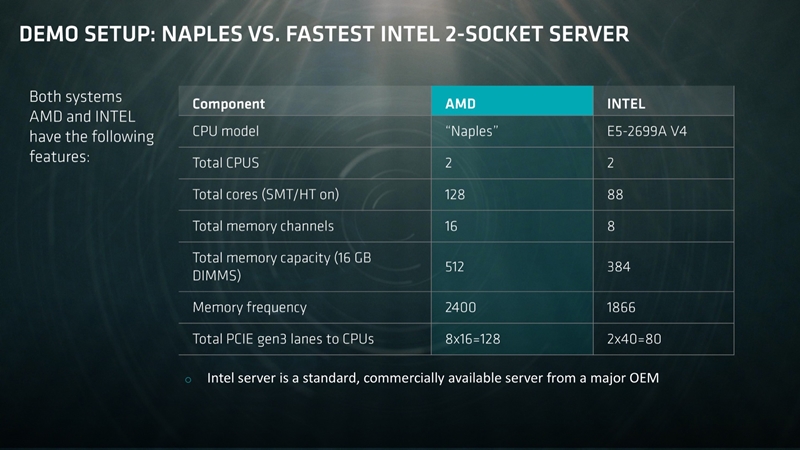 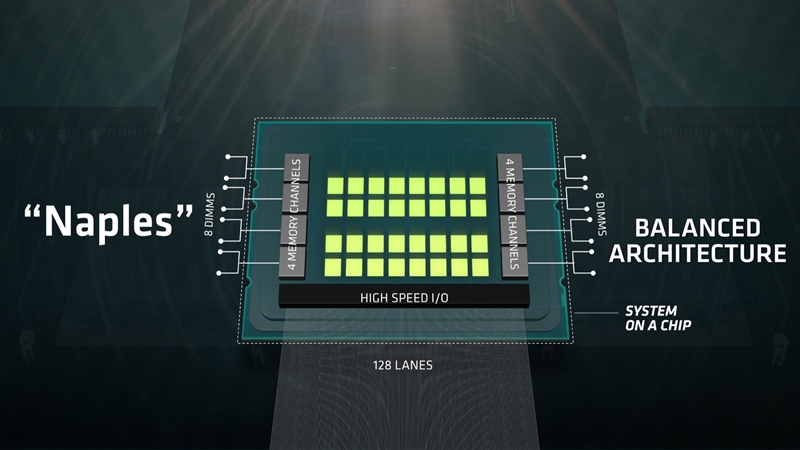 The AMD ‘Naples’ chip comes with an onboard high-speed I/O controller that fans out to 128 PCIe 3.0 lanes. 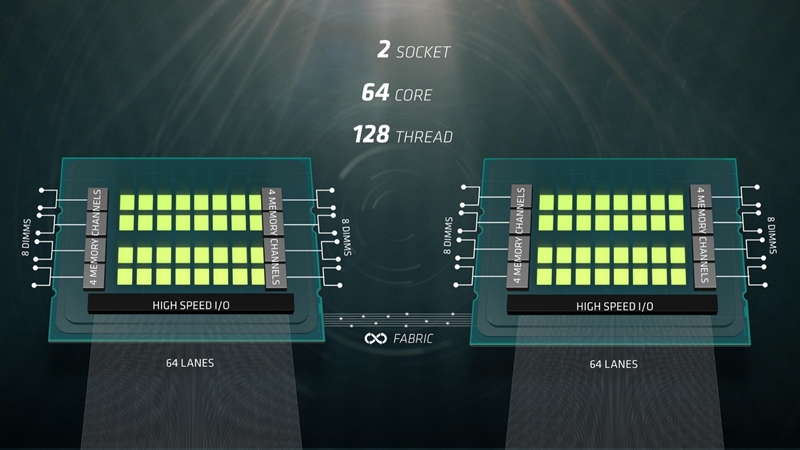 The Naples processor can be set up in either a single CPU, or dual-CPU configuration; in the later setup, the processors are linked up by Infinity Fabric interconnect technology. In this instance, 64 out of its 128 PCIe 3.0 lanes are reserved to connect the two sockets. For a dual-processor Naples system, it will feature 64 Zen cores, able to process up to 128 threads simultaneously and support up to 4TB of DDR4 RAM. 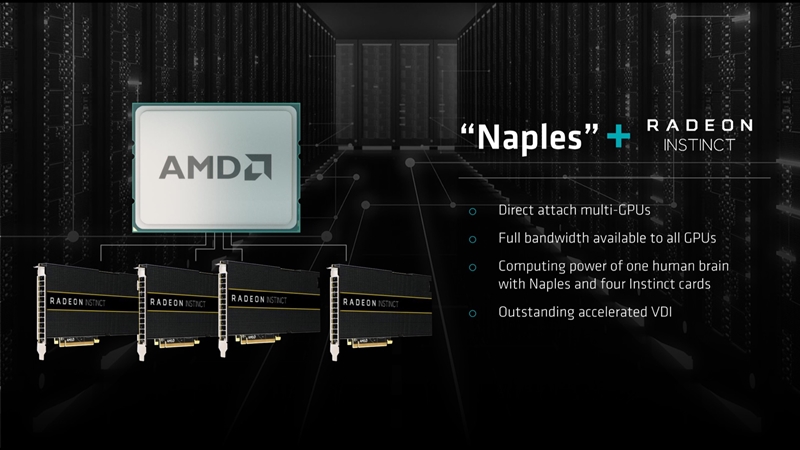 The same PCIe lanes can be used for direct connection to its new Radeon Instinct inference GPUs. Each Naples CPU is supposedly able to support up to four such cards. And since these are PCIe lanes, the same I/O lanes can be used to connect to network ports and NVMe drives. 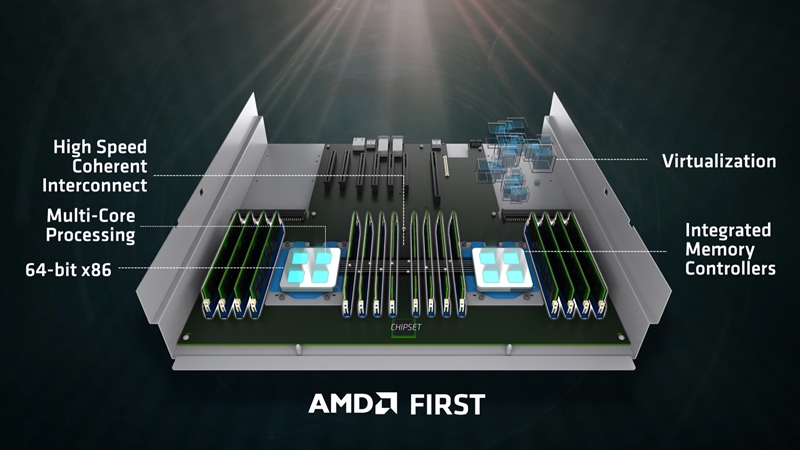 As it’s evident in Naples’ specifications, AMD is banking on more processor cores, more PCIe bus communication lanes, and support for more DDR4 RAM, to carve out its niche in the data center market segment. For a start, the Naples processor is primed to move and handle huge datasets that are typical of data center compute requirements.

The AMD Zen cores, Ryzen and now Naples, sure look like they are going to give Intel a tough time ahead. If things go according to plan, we could see the first AMD Naples CPU by next month, so watch this space for more impending updates!