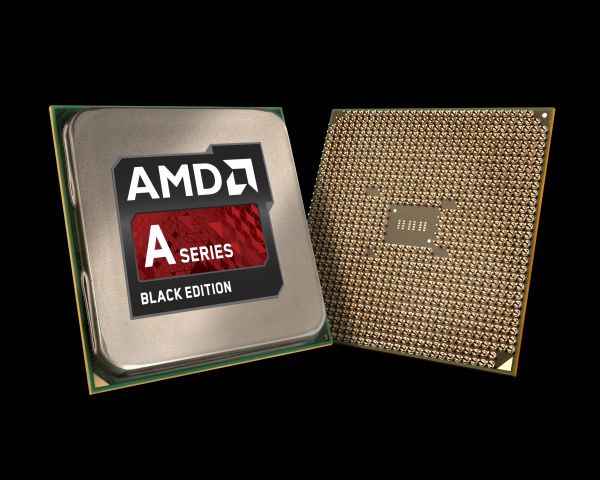 AMD has just introduced a new APU called the A10-7800. This 4th Generation A-Series APU has 12 Compute Cores (four CPU + eight GPU) provides plenty of performance. What's great about this APU is that it also supports AMD's HSA features and makes use of AMD Radeon R7 series graphics. This makes the A10-7800 a great choice for gamers and digital content providers alike.

What's more, this APU supports Ultra HD resolutions as well as post-processing that can help upscaled 1080p content look great on Ultra HD displays. For our readers who love numbers, this APU is clocked at 3.5GHz and has a maximum boost frequency of 3.9GHz. In terms of TDP, this APU has a TDP of 45W, meaning that it'll merely seep wattage and will not require aggressive cooling. Pricing is confirmed to be at US$158 (about RM507).

In related news, those who use the latest AMD APUs can further increase overall system performance by opting to use AMD AMP technology, which is available with the AMD Radeon R9 2400 Gamer Series memory modules.

Previous Story
USB security is "fundamentally broken", according to two researchers
Next Story
Apple to trim 200 employees from Beats team