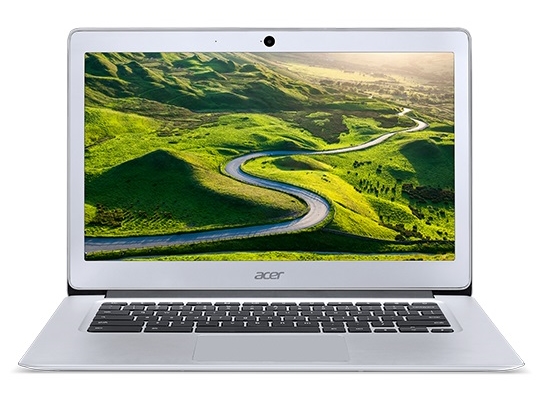 The new Acer Chromebook 14 boasts an all-metal chassis with rounded corners. This sleek-looking notebook even boasts of a battery life of 12 hours, courtesy of its 3-cell, 3,950mAh Li-polymer battery. Other notable features include its 14-inch IPS display, and according to ArsTechnica, it will come with two different screen resolutions; there’s the choice of going Full HD at 1,920 x 1,080 pixels resolution, or a step down to 1,366 x 786 pixels resolution. 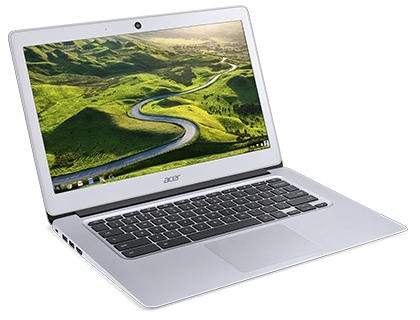 The new Acer Chromebook is available for pre-order from Amazon. On the preorder page, the notebook is powered by a dual-core, 1.6GHz Intel 'Braswell' Celeron N3060 processor, with 4GB of DDR3 system memory. This processor was added to the Braswell lineup during a family product refresh this February. It has 32GB of eMMC internal storage, and its IPS LED display is the Full HD version. So this configuration is most likely the 'premium' version as mentioned earlier, you can opt for a low-res display, with less system RAM, 2GB to be exact. 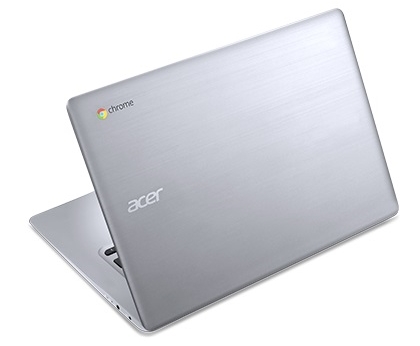 The Acer Chromebook 14 features a dual-band 2x2 dual-band 802.11ac Wi-Fi module, Bluetooth 4.2, a pair of USB 3.0 ports, and a HDMI port. All these features are packed into its aluminum chassis with a thickness of 17mm, and a weight of about 1.5kg. Most importantly, the premium version Acer Chromebook 14 is going to retail at US$299.99, which is approximately RM1,182. However, there isn’t additional information on the price and availability of the lower-specced SKU of the new Chromebook. The Acer Chromebook 14 is already listed on the company’s site; however, its details are equally sketchy.