Acer gets curvy with the 34-inch XR341CK curved monitor

Acer gets curvy with the 34-inch XR341CK curved monitor 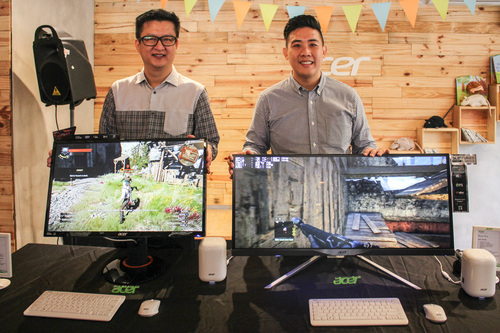 When it comes to assembling a gaming rig, the one peripheral that most gamers would tend to ignore would be the monitor, and understandably so, since a monitor is after all, just a monitor, right? Well, that's not necessarily the case, as Acer has today unveiled two monitors that are equipped with plenty of features that are tailor-made for gamers. 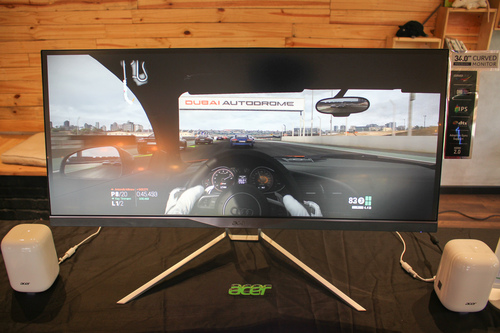 The first of the two is the Acer XR341CK, a 34-inch, QHD (3,440 x 1,440) IPS curved monitor that has an ultra-wide 21:9 aspect ratio to provide gamers with a massive field of view. Its gaming credentials are further substantiated by its Adaptive-Sync technology, which works in tandem with a PC’s GPU to reduce screen tearing and stuttering. 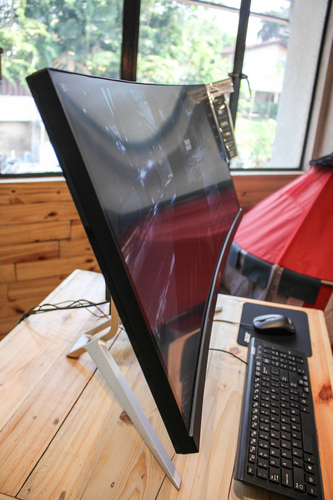 Other nifty features of the XR341CK curved monitor includes a 100,000,000:1 contrast ratio, 6-axis color adjustment, 100% sRGB color gamut, built-in dual 7W speakers with DTS Sound, and Acer’s EyeProtect range of technologies – which comprises of a blue-light filter to block out harmful blue light from damaging your eyes, and flicker-less technology to help keep eyestrain down to a minimum. The XR341CK comes with a HDMI 2.0 port, a DisplayPort, a mini DisplayPort and four USB 3.0 ports. 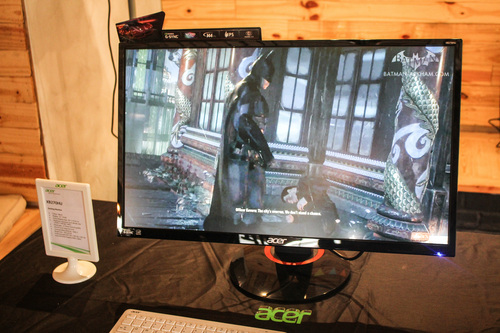 If you prefer gaming on a conventional flat-panel display instead, you’ll probably be more captivated by Acer’s 27-inch XB270HU IPS gaming monitor, which also made an appearance at the event. The XB270HU boasts an impressive WQHD (2,560 x 1,440) resolution, a 144Hz refresh rate, and even NVIDIA’s proprietary G-Sync technology, which effectively eliminates screen tearing and minimizes stutter and input lag.

That’s not all, the XB270HU also comes replete with Acer’s EyeProtect and ComfyView technologies to help reduce eyestrain. You won’t have to crane your neck while using the XB270HU, as its accompanying Ergostand allows you to adjust its height, tilt and swivel with ease. In addition to the two monitors, Acer also took the opportunity to showcase the Acer Revo One RL85 mini PC, which will be available in mid-August with either a 5th generation Intel Core i3-5005U processor, or an Intel Core i5-5200U processor. The Revo One RL85 will be running on Windows 8.1 (64-bit) out-of-the-box and will be able to support up to 8GB of DDR3 RAM. The Revo One RL85 will likewise be able to accommodate two hot-swappable HDD drives to provide you with a total storage space of up to 6TB.

The Acer XR341CK curved monitor and the XB270HU gaming monitor will retail for RM3,699 and RM2,599, respectively. The Acer Revo One RL85, on the other hand, comes with a starting price of RM1,500 and will only be available in mid-August.

For more news on Acer, please follow us here