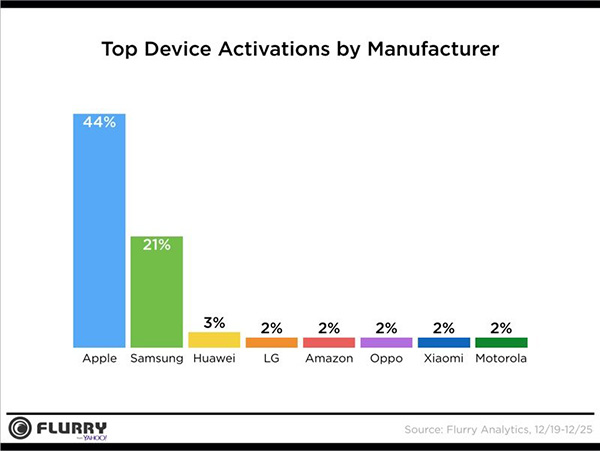 According to mobile analytics firm Flurry, Apple has once again topped the holiday sales chart. Examining new device activations from December 19 to 25, Flurry found that 44-percent of all new devices activated were from Apple.

Samsung trailed in second place with 21 percent, while Huawei was a distant third with just 3 percent. Interestingly, when Flurry did the same study in 2015, Apple topped the charts with a share of 49.1 percent, while Samsung was also second with 19.8 percent.

Flurry also found in its study that phablets continue to increasing in popularity. This year, phablets accounted for 37-percent of all new devices activated, compared to 27 percent last year. The study also showed that tablets are becoming less popular.

So, what did you get this Christmas?