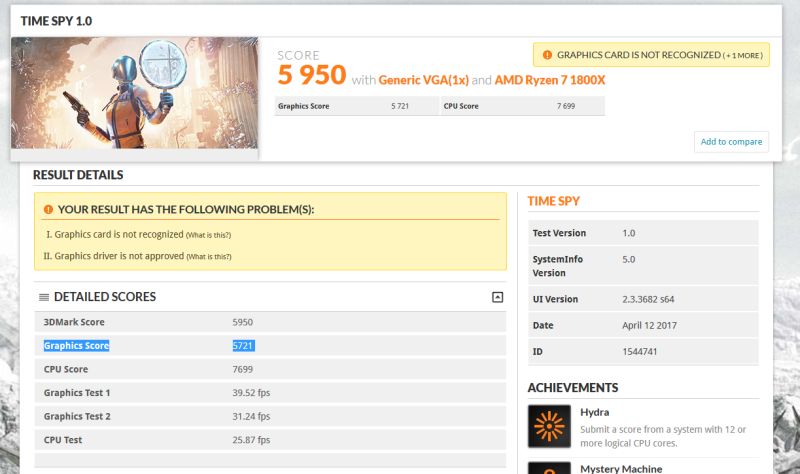 It appears that early 3DMark Time Spy scores of what is possibly an early prototype of AMD’s upcoming Radeon RX Vega have leaked on to the internet.

Earlier reports of the card’s performance pointed at levels below NVIDIA’s own GeForce GTX 1080, but it is important to point out that the card in this benchmark is clocked at 1,200MHz only, meaning the card is performing at a speed well below the 12.5 TFLOPs that was promised by Raja Koduri, Senior VP and Chief Architect, RTG. Again, this card could very well just be an engineering sample, meaning that the finished product could be better than the GeForce GTX 1080 and on par with the more recent GeForce GTX 1080 Ti. With that being said, it’s best to take this bit of news with a very large pinch of salt, at least until we get new benchmarks from this card.

AMD’s Radeon Vega is set to become the company enthusiast-level graphics card for gamers looking high-end gaming performance. The card is said to be built upon 8GB of AMD’s new HBM2 memory format with 512GB/s of bandwidth.