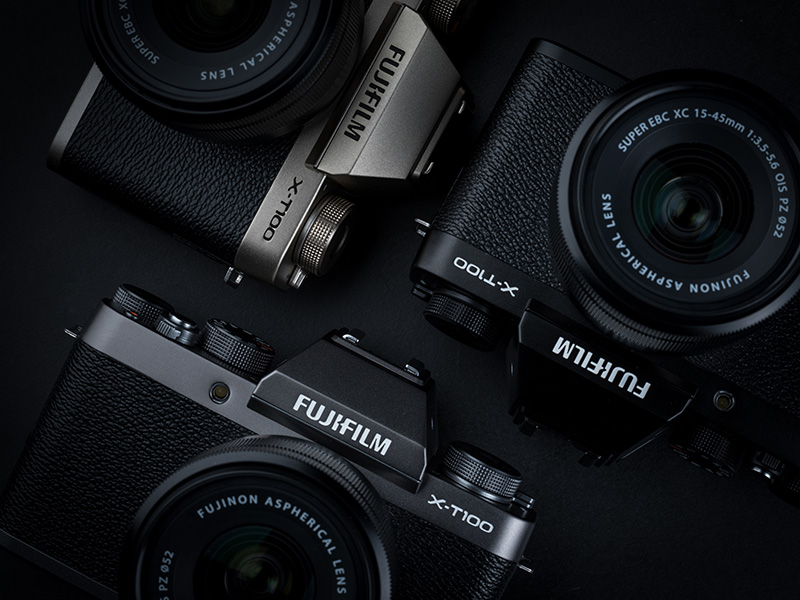 Fujifilm’s X-T100 has just been officially announced, and it appears this is going to be more of an entry-level SLR-type camera rather than a replacement for the X-T20, as the listed specifications have it as just an “APS-C type sensor with primary color filter”.

Other than that, it would seem most of the rumored specifications are true, including the resolution count of 24.2MP, and the inclusion of a new rear LCD monitor. The camera has a native ISO range of 200 to 6400 (expandable to ISO 12800), and a maximum continuous shooting rate of 6.0 fps for a max of 26 frames in JPEG. 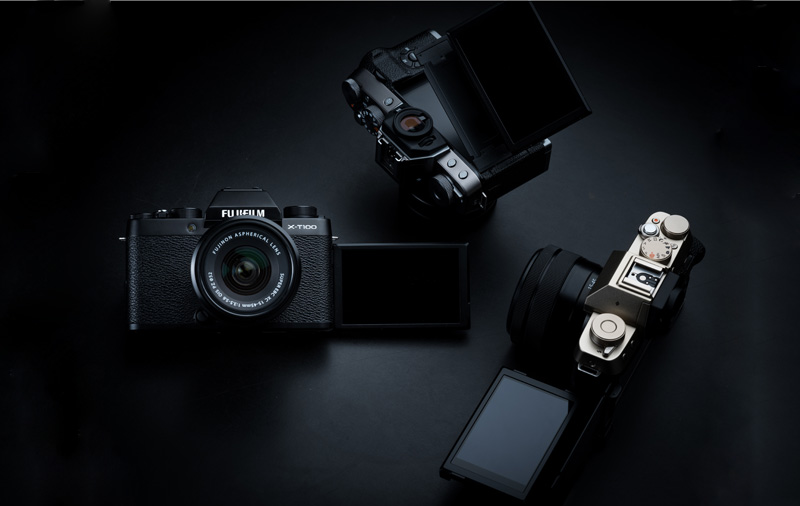 The ability to use the NP-W126S battery gives it an extended battery life of 430 frames, and the new three-way tilting LCD monitor swings out and is able to flip around for easy selfies. As noted in the rumors, the camera doesn’t come with a front grip by default, but the official release (and video below) shows that it is now an accessory that you can choose to attach for better handling. 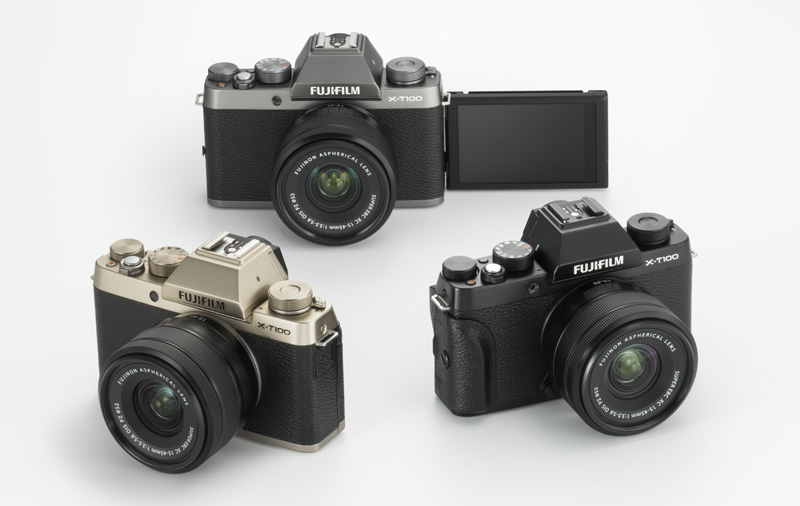 Available in a choice of three colors (dark silver, champagne gold and black), the camera measures 121.0 x 83.0 x 47.4 mm, and weighs 448g (including battery and memory card).  No news on price yet, but given that there is already a launch event scheduled for 14th June, it’s probably safe to say that's it will be available here. We’ll be sure to bring you price information when we cover that event.

Fujifilm has just informed us that the X-T100 will be available for pre-order with the XC15-45 as a kit for just S$1099, with the freebies listed in the flyer below. There will also be purchase-with-purchase options for their Instax Share printers, making it quite an attractive promotion. 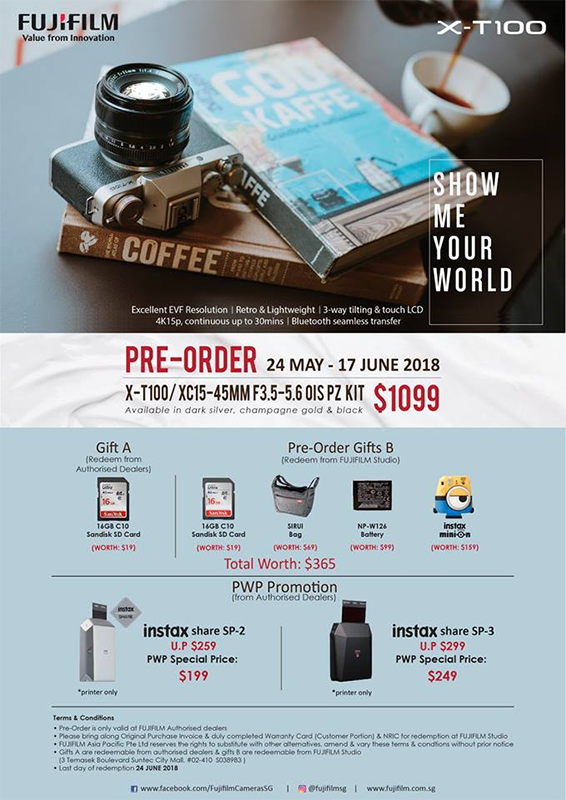