As usual, we put the Mi 5 through some benchmarks to get a better representation of the performance of this phone. Our list of benchmarks are as follow: 3DMark's Sling Shot ES 3.1 is one of the most rigorous benchmarks that we use to test phones. Designed to push smartphones with resolutions of 1080p or higher, any phone that scores above the 1,000 mark is more than capable of supporting high-end mobile games. In this test, the Mi 5 managed a score of 2,135, which is highly impressive, considering the Galaxy S7 edge managed 2,168. This benchmark is designed to determine how powerful a phone's CPU is, and because the Mi 5 is powered by the Snapdragon 820, which is currently still Qualcomm's flagship processor (the Snapdragon 821 is coming soon), there's little doubt about the performance of this processor. In this benchmark, the Mi 5 managed a score of 5,962. If there ever was a doubt regarding the performance of this phone, that doubt can now be erased. In AnTuTu, the Mi 5 was able to give a score of 114, 832, which is second only the the HTC 10's 133,992. In Quadrant, a score of 37,285 further proves that this phone has plenty of performance. The Mi 5 has a Full HD display, so the Adreno 530 GPU is definitely able to push out great frame rates. In Epic Citadel, set at Ultra High Quality, this phone was able to give an average of 59.8 fps, which is fairly impressive. One of the most important factors when buying a new smartphone is the amount of battery life it has to offer, and with the Mi 5, you're definitely getting your money's worth, because this phone managed to last 11 hours and 14 minutes in PCMark's Work battery life suite. This easily translates to about 16 to 18 hours in real world scenarios.

As mentioned, the camera system on the Mi 5 is one of its most outstanding features. Thanks to its 4-axis OIS, you're able to get pretty sharp images, even in low-light. The stabilization also works with videos, so camera shake is minimized dramatically. However, we noticed that the camera tends to over sharpen images, giving them a watercolor-like texture. In terms of color accuracy, the camera captures colors rather faithfully, except for red, which is sometimes over-saturated. Fortunately, a trip to the settings will let you reduce the amount of saturation. Overall, the image quality from the Mi5's camera is good, but there are better options out there, especially when it comes to capturing details. The 4-axis stabilization though, is a great feature to have. If you're someone who loves to livestream or shoot a lot of videos, this camera would be great for you. 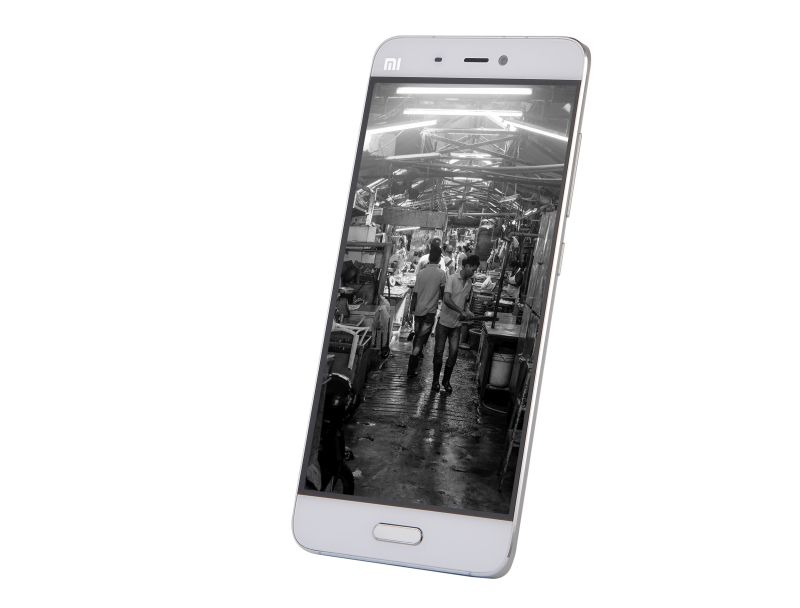 As with most Xiaomi phones, the Mi 5 strikes an exceptional balance between price and performance. For RM1,549, you're getting a phone with the most powerful Snapdragon processor (for now), a very respectable camera system, and more importantly for some, battery life that easily lasts for more than a day.

That being said, we believe that the Mi 5 has a minor fault, and that's the use of glass at the rear. While it does give the phone a premium look and feel, it makes the phone incredibly slippery. Put the phone on an angled surface, and the phone will definitely slide, so you'll want to be extra careful with where you place it.