Marketed as one of the lightest full-performance ultra-portable PC, the new Toshiba Portégé R830 looks to be one of the more promising laptops out there today. On paper, the Portégé R830 is solid, weighing in at an approximate of 1.45kg. the unit also was able to boast a 13.3-inch widescreen display, but being the skeptics that we are, we decided to put the new Portégé through our benchmarks to see how this baby performs in a real world scenario.

First things first, the one thing that always seems to capture the attention of consumers is, of course, the chassis and we have to say, the R830 is predictably stunning. Our test unit came housed in a brilliant brushed black metal chassis that portrays a more serious demeanor and conveniently enough, handles fingerprints rather well. However, for the more fun-loving user, Toshiba claims that its new Portégé offering will also be available in vibrant red and blue colors. 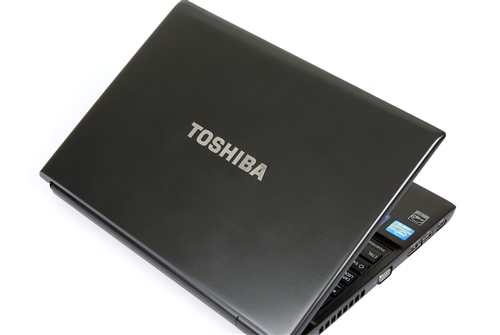 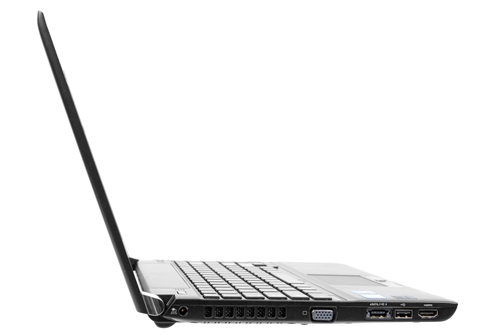 The 13.3-inch screen on the other hand, doesn't seem to reflect much light off its surface. As usual, you'll find the standard webcam on its top bezel. Aesthetically speaking, the Portégé R830 looks really elegant, that is, except for the two chrome fittings that act as the hinges to the notebook, which looks rather tacky and poorly executed. Built with a cinematic experience in mind, the display boasts a 1366 x 768 resolution and a 16:9 aspect ratio. With that being said, the performance of the screen can be a slight let-down, as even with the brightness cranked to maximum, the screen still appeared quite dull. 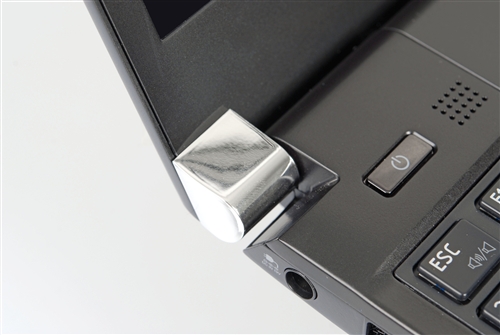 Moving on to the keyboard, we see another minimalist design style where there are only a few dedicated buttons that are utilized, with the rest incorporated into the keyboard itself with the Fn (function) buttons. Although the font on the keys sports a retro-classic design, the R830 nevertheless afforded us a nice typing experience. Upon closer inspection, we found out that the battery was deftly incorporated into the chassis design, which contributed significantly to the notebook's thinner body. 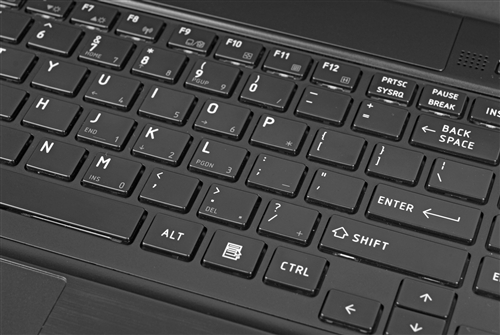 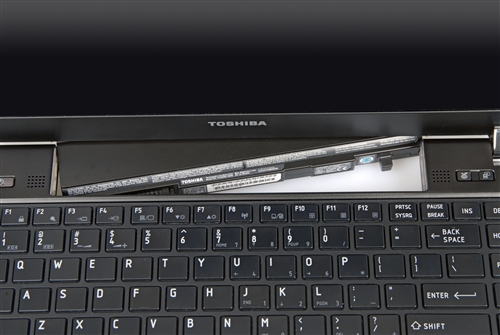