To those who don't understand Chinese, Thermaltake's latest CPU cooler would seem to have a touch of the exotic orient, what with a stylized Chinese character prominently displayed on its packaging. Those who understand the language will know that the character, Jing, means "Silence" and well, it's very appropriate for a CPU cooler aiming to be as inaudible and discreet as possible. Thermaltake rates the noise output for this cooler at a mere 16 decibels (at the lower fan speed). 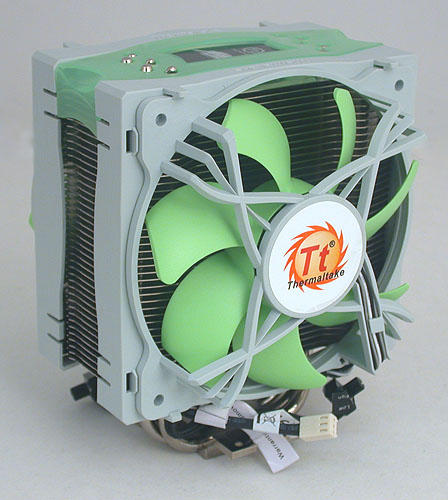 At first glance, the Jing appears typical of many third-party coolers, with dual 120mm fans to pull in cool air and push the warmer, resultant air to the exhaust at the back of your chassis. Despite its extensive use of plastic, from the bracket holding the aluminum fins to the blades on the fans, the Thermaltake Jing felt rather heavy, no doubt due to the five, 6mm thick copper heatpipes protruding from the nickel-plated copper base. In fact, all the fins, heatpipes and the base are nickel-plated.

The Jing is designed for both AMD and Intel processors and support a number of CPU sockets found on today's platforms, like LGA1366 and 1156, AM2+ and AM3. To support the different sockets, there are as usual different mounting mechanisms and users have to choose the right one for their CPU sockets. It's a standard practice for third-party coolers to ensure that it works on all platforms.

We liked how Thermaltake placed all the necessary accessories in a box, with the proper labels, instead of putting them in small plastic bags and letting users figure out which part is which. If you need further help identifying which components to choose for your particular socket, Thermaltake's installation guide is also rather decent. Before proceeding to the installation, we first had to remove the dual fans on each side of the cooler, since their bulk would have made it quite difficult to reach the mounting screws. 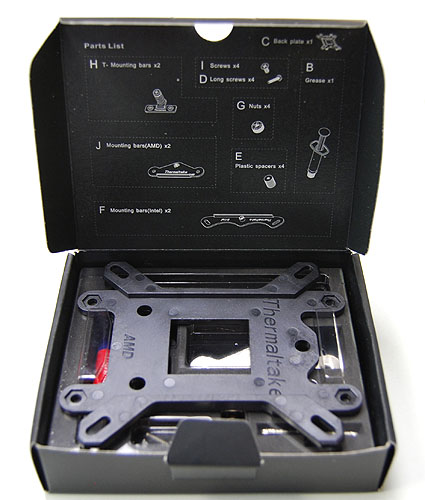 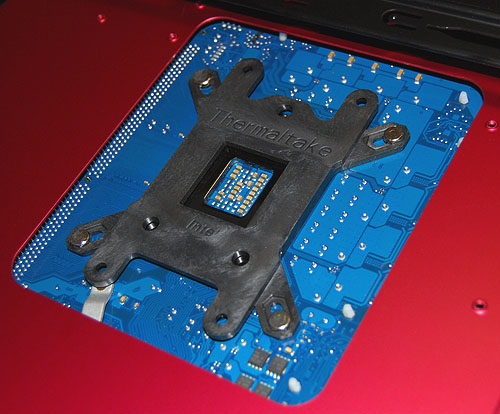 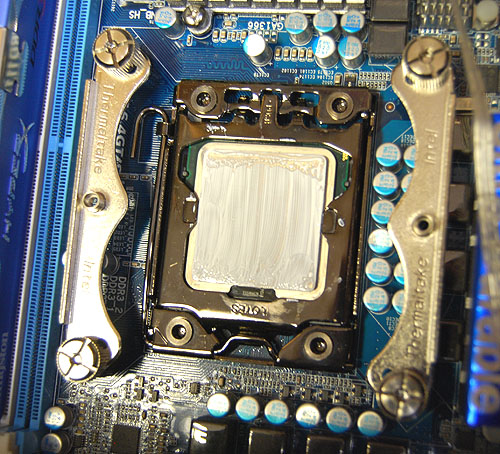 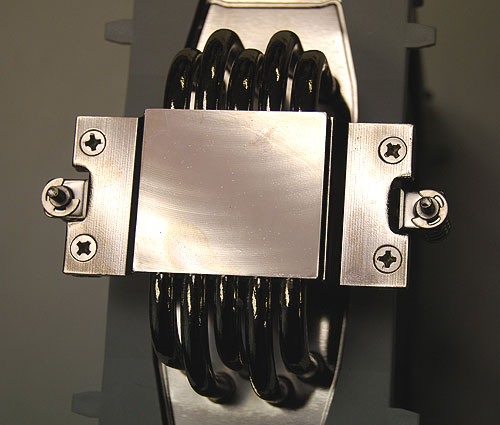 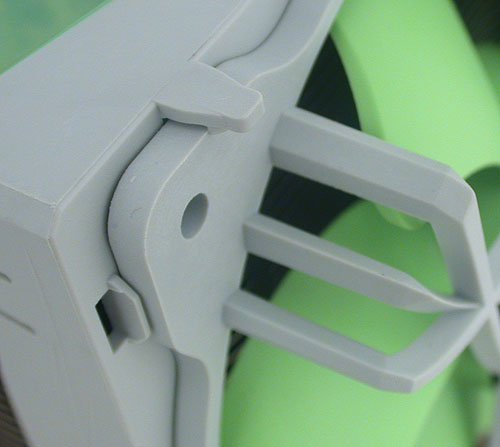 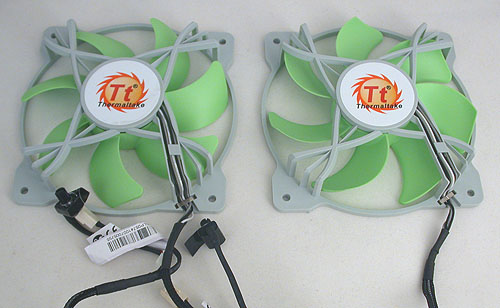 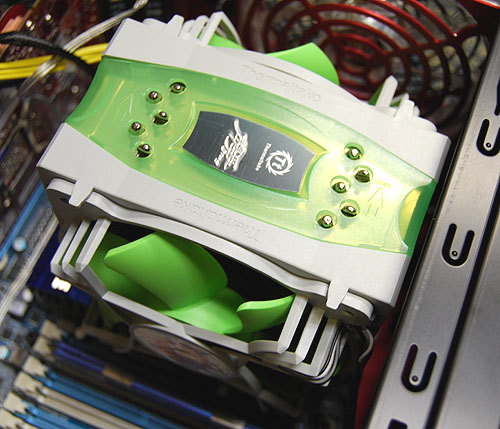 Overall, the installation process was mostly smooth and straightforward. While we didn't appreciate having to bring out the screwdriver at one stage and the dual fan controls and power connectors really should be consolidated into just one for convenience's sake, we had to say this was a relatively uneventful and hassle free installation.