Xperia XZ: The return of the Z Every time Sony launches a new phone, the reception towards their new product has always erred toward the side of lukewarm and moderately interesting. Phones like the very first Xperia Z captured our attention like no other when it first launched almost three years ago, but every other Xperia Z model that followed thereafter was quite frankly a hit or miss.

After the release of the Xperia Z5 series, the company then made a rather heart-wrenching announcement (for this writer, anyway) that they would be discontinuing the series, shifting their attention towards their new baby: the Xperia X series.

Less than a year since the new series’ announcement back at MWC this year, and Sony has now added the Xperia XZ to their repertoire, and frankly, it’s a phone that’s a darn sight better looking most of the other models that came out after the Xperia Z.

Compared to its predecessors, the Xperia XZ’s new design is, in a sense, refreshing . The all new unified design, named as the ‘Loop Design’ by Sony themselves, sports far more curves than even the old Xperia Z3 series, and that’s saying a lot. During its formulation and fabrication period, Sony had been insistent that the engineers take into consideration the overall feeling of the phone in their hands. The end result is a phone that’s more refined: gone is the all-glass Omnibalance design that Sony once took pride in the Xperia Z series. In its absence, a good 98 percent of the the Xperia XZ is now metal, and as an extra added bonus, the phone’s subtle elegance is amplified by the brand’s name machine cut directly into it.

What of the remaining two percent that rear real estate, you ask? That space is where the antenna is wrapped by a polycarbonate shell which, according to Sony, was designed as such to completely eliminate any loss of your chosen telco’s mobile signal.

At the front, the Xperia XZ also tells a new story. The edges of the 5.2-inch Full HD display blend seamlessly into the phone’s frame and chassis, thanks in no small part to Sony’s use of the 2.5D Gorilla Glass 4. This too, signifies another departure from the Sony’s previous use of tempered glass for all the displays of flagship Xperia phones. Compared to the Xperia Z5 and Z5 Premium, holding the Xperia XZ feels more natural, and so much more comfortable.

Even the bezels of the phone have been thinned down to give more screen real estate within its 5.2-inch form factor.

Still sticking to their guns, the phone sports the power and fingerprint sensor button combo on the side, which is actually more accurate and responsive than the ones on the Xperia Z5 series of smartphones.

Getting to the point, the new design made the phone fit nicely and feel uncluttered in our hands. Alas, like so many other phones in the market like it, the Xperia XZ is something of a fingerprint magnet. 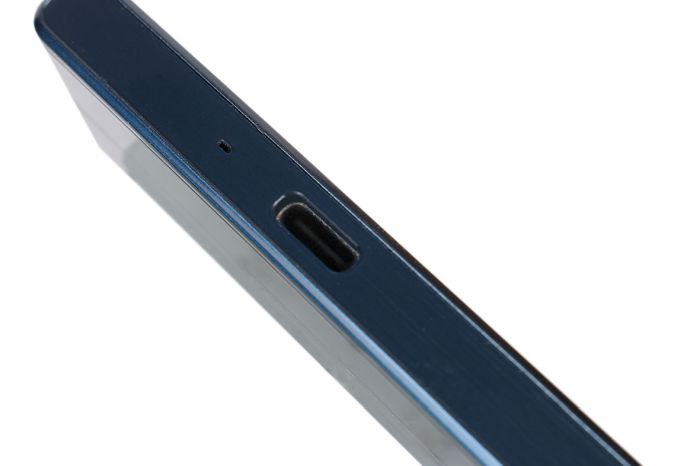 To start, you get a phone equipped with Qualcomm’s Snapdragon 821 SoC, a processor which has already proven itself several times over as a replacement for the less popular (and frankly, hotter) Snapdragon 810 SoC, but surprisingly, you only get 3GB of LPDDR4 RAM. Granted, the new DDR4 medium is considerably faster and more efficient than the last generation DDR3, but it’s a bit bittersweet that the phone only gets 3GB when you consider that almost every other flagship smartphone from the competition are getting a bare minimum of 4GB of LPDDR4 RAM (both the OnePlus 3 and ASUS Zenfone 3 Deluxe have 6GB of LPDDR4 RAM).

Now, what you should know and understand is that the Xperia XZ has two variants. The first one is a single SIM configuration with 32GB of internal storage, and the other has a dual-SIM configuration with 64GB of internal storage. For the Malaysian market, Sony is only going to be bringing in the latter model on the grounds that the latter model looks like it would sell well in comparison to the former. We actually find their sense of logic a little hard to disagree with, especially if you think of it like this: You’re getting a powerful phone with a massive 64GB internal storage capacity for RM2,699.

That being said, we should point that the dual-SIM slot is actually a hybrid SIM slot, so as it is with these things, you’re going to need to make a choice between having a second SIM card while you’re traveling, or keeping a microSD storage card (up to 256GB, naturally) so that you’ll have all your favorite music, videos or multimedia files in your pocket.

In an effort to keep up with the times, Sony has also updated the Xperia XZ’s connective port with a USB Type-C port instead of a micro USB port that’s still widely in use. The use of a USB Type-C ports provides two benefits to its users: First, the new connector port allows for faster files transfer between the phone and your PC. The second benefit is that the phone can fully support the new Quick Charge function that recharges your phone’s battery far quicker than the standard micro USB port does.

To ensure that the Xperia XZ’s 2,900mAh battery doesn't suffer from overcharging, Sony has very graciously installed their new Qnovo adaptive charging technology. It works by simply slowing down the charging process when the phone’s battery reaches 90 percent for a short period of time. Once that time is up, it then allows the phone to fully charge up the remaining 10 percent. We’ll talk about the battery performance in the next page.

Like all the Xperia Z series smartphones, the Xperia XZ carries the IP68 dust and waterproof rating, making it yet another Sony smartphone that you can use in the shower or inside the pool. Just don’t bring it with you into the sea or beach.

Another plus point for the Xperia XZ? It also supports Hi-Res Audio, which allows audiophiles to easily play uncompressed audio files (e.g. FLAC, ALAC, DSD, etc.), thus giving a more enriched, immersive and, accurate audio experience (with a Hi-Res Audio pair of headphones/earphones attached, that is.) 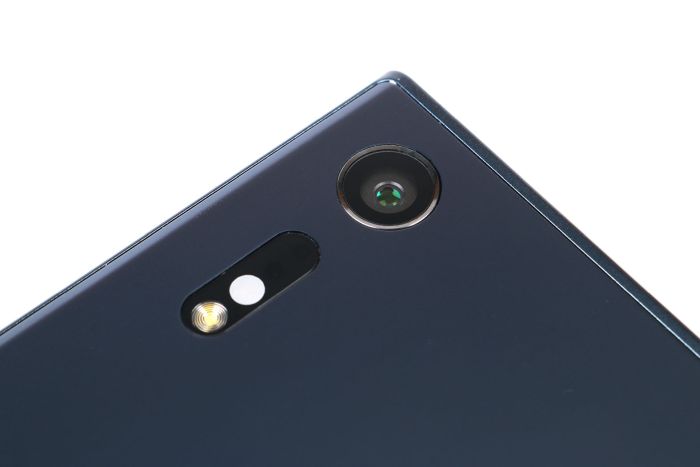 But the phone’s crowning glory actually lies within its main camera. To be clear, it still uses the same 23MP main camera sensor and Sony’s Exmor RS sensor. But compared to previous versions of the sensor, the 23MP sensor on the Xperia XZ features a few new and improved features to it.

To start, the dedicated 2-step shutter button now brings the phone from standby into camera mode in 0.6 seconds, a claim by Sony which we’ve validated. Even the speed in which the camera snaps pictures feels quicker than before, allowing us to snap multiple pictures of the same scene as well as moving subjects easily.

That brings us to the next point: There's a new 5-axis image stabilization feature that dramatically reduces the amount of shaking that usually occurs whenever one zooms in on a subject when taking a picture. This actually worked with one or two of the pictures we took, as you’ll see in our the next page.

It doesn’t end there either. The Xperia XZ also sports a new triple image-sensing sensor, which comprises of an Image Sensor, a Laser AF sensor, and an RGBC-IR sensor. To sum things up here: these three sensor work together in order to determine the subject of the photo, the distance between camera and the subject, and lastly, the color accuracy of the photo in its entirety once the picture has been taken (which again, you can see in the last page of this review). 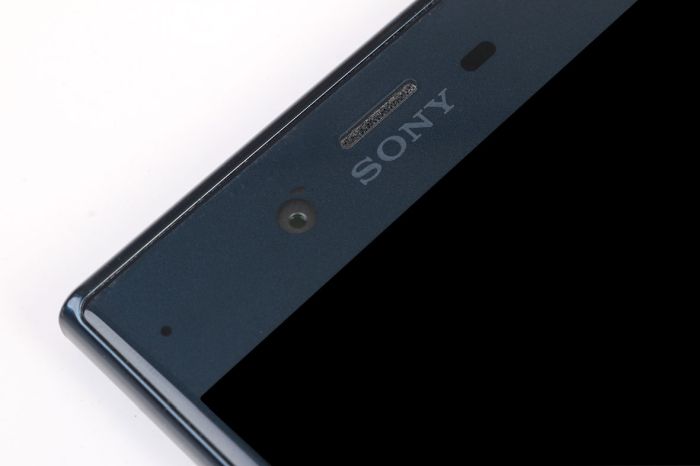 Lest we forget, the front-facing 13MP camera also deserves some mention here. While using the phone for functions such as Facebook Live, we were actually quite impressed with the sharpness and clarity of the image quality that we could see from this writer’s face (of which we will spare you the horrors of).

While the phone runs on Android 6.0 Marshmallow right out of the box, Sony has tried its best to keep the experience with their Xperia UI as close to vanilla as it can with the Xperia XZ. It’s one of the few things which we actually like about the Xperia series: rather than load it up with a ton of proprietary bloatware (mind you, we’re not saying that there isn’t), Sony has made it a point to give their users a cleaner experience, freeing the on-board RAM for more important tasks.