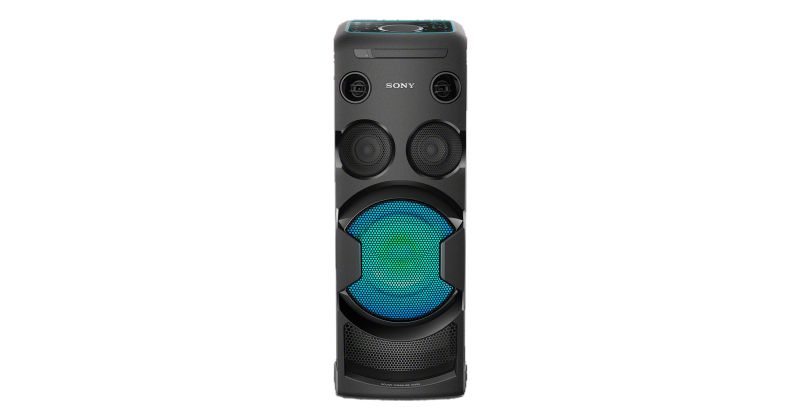 Sony's MHC-V50D is ideal for you if you enjoy blasting your tunes loud and proud. In essence, it is packed in a box resembling an enormous speaker aimed at satisfying all your audio needs. It is an extremely versatile home audio system with an array of features. The MHC-V50D offers an array of features, such as CD playback, USB playback and recording, tuner, DJ functions, plus Bluetooth and NFC support. As heavy as it seems, it comes with a carrying handle for portability.

The MHC-V50D sports an illuminated multi-touch panel for different functions. Speaking of, the MHC-V50D comes with party lights to emulate the kind of clubbing feeling that people need to release their inhibitions on the dancefloor. It also comes with a fancy speaker light as well. Even its touch panel is illuminated, along with a myriad of buttons responding to a multitude of features. The home audio system is equipped with LDAC, Sony's own wireless audio technology that delivers high-quality audio over Bluetooth, with up to three times transmitted data. Furthermore, the system allows for CD and DVD playback, in addition to HDMI sources too. The CD player is rather versatile, as it can also play 3-inch CD singles commonly made in Japan or Germany. 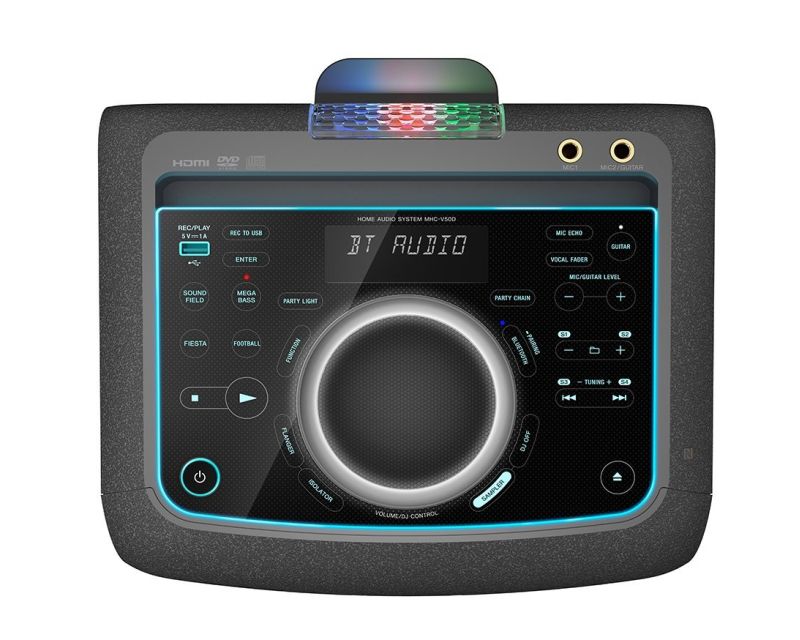 The MHC-V50D also allows you to channel your inner rockstar, as it comes with a dedicated jack for you to plug in an electric guitar, or a microphone if you don't have one.  You could get your friends together for a karaoke session. You can also connect the MHC-V50D to your TV, if you so wish. USB connectivity is available as well, including the ability to record tracks directly from a CD onto your USB device. Meanwhile, the Mega Bass feature speaks for itself, while ClearAudio+ ensures the highest possible audio clarity. To take the MHC-V50D further, there's the Sony | Music Center app for mobile devices to have complete control over your music collection, as well as customizing sound settings to achieve balanced audio. Of course, no home audio system is complete without a tuner. 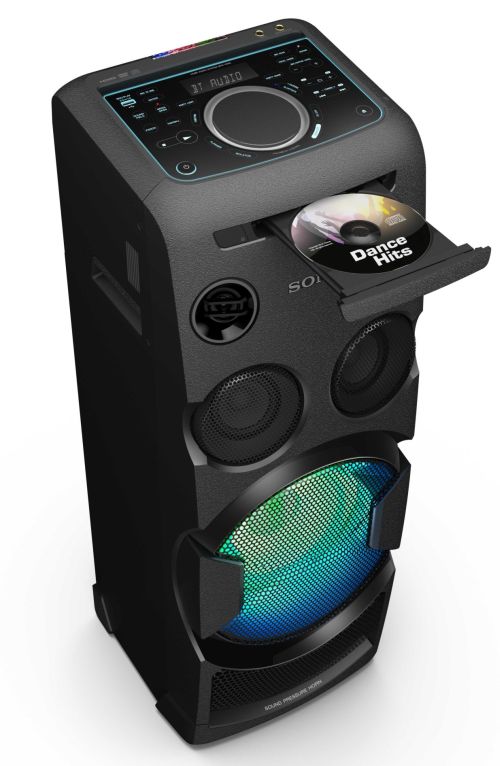 One of the main highlights of the MHC-V50D is that it's capable of manipulating audio tracks with interesting DJ effects. Audio can be distorted with the WAH effect; the Flanger effect creates a deep roaring effect, while PAN is able to swish the active track across speakers. The Fiestable mobile app, as well as gesture control, can be used with DJ effects too. Interestingly, the knob to utilize the DJ effects is also used for volume control. However, you won't be able to adjust the volume level when using the DJ effects. If you're feeling like taking the party up another level, there's also the Party Chain feature – where you can connect the MHC-V50D to other Sony speakers. The home audio system also comes with a tray and child lock, so the younger ones won't accidentally damage the system with their inquisitive hands.