Music aficionados can often be categorized into two distinct groups: one that believes in all things related to audio clarity, crispness, and sharpness; and the other that swears by hard-hitting, in-your-face levels of bass.

There’s no denying that the Sony MDR-XB650BT is targeted squarely at the folks belonging to the latter of the two groups, mostly because of the words ‘EXTRA BASS’ that are plastered on its packaging in a bold, fiery red-colored font. The first thing you’ll notice about the MDR-XB650BT is how lightweight it is, which is a good thing in this particular instance, as you really wouldn’t want it to feel as though you had weights strapped over your head while you’re wearing them.

Its leather ear cushions (which sits on your ears, rather than around them) are plush and comfortable too, and they do a rather commendable job at blocking out ambient noise because of how snugly they’re fastened on your ears – a trait that can potentially end up being a double-edged sword, as the pressure being applied onto your ears would render them sweaty and achy after a while. For our case, we were compelled to take them off after wearing them continuously for 45 minutes, and in an air-conditioned environment no less.

Pairing up the MDR-XB650BT with your smartphone is a straightforward process – and especially so if you have a NFC-compatible smartphone. Because if you do, you simply need to activate it, and place your smartphone on the NFC symbol of the MDR-XB650BT, which can be found on its left ear cup. It should take no more than two seconds for a dialog box to appear on the screen of your smartphone, asking if you’d like to establish a connection with the headphone. From there on out, it’s just a matter of booting up your preferred music player – or streaming service – to get your favorite tunes going.

All the necessary buttons you’ll need to operate the MDR-XB650BT can be found by the bottom of its right ear cup, including a power button, a volume rocker (which functions independently from the master volume of the device it’s connected to), and a jog switch to control music playback and answer calls. You’ll also find its LED status indicator, pinhole microphone, and Micro-USB charging port there as well.

Speaking of which, Sony says the MDR-XB650BT has a 30-hour battery life, which can be obtained from just a four-hour charge. We’re not skeptical about their claims since we’ve been using the MDR-XB650BT cumulatively for more than 12 hours now, and yet its LED indicator is suggesting that it still has plenty of juice left in its tank.

If you’re accustomed to using headphones that have a sound signature that emphasizes on clarity, you’re probably going to find the bass levels of the MDR-XB650BT a little too overbearing for your liking.

As a matter of fact, the MDR-XB650BT is bass-heavy to the extent where it tends to drown out bright-sounding instruments like electric and acoustic guitars. Take the legendary electric guitar solo of The Eagles’ 'Hotel California' as an example – instead of the electric guitar taking center stage, it’s the sounds of the bass guitar that ends up hogging the spotlight.

Don’t get us wrong, we’re not saying that the MDR-XB650BT lacks detail or clarity – it’s just that its bass is so pronounced, it tends to shroud the finer details of a particular track as a result. 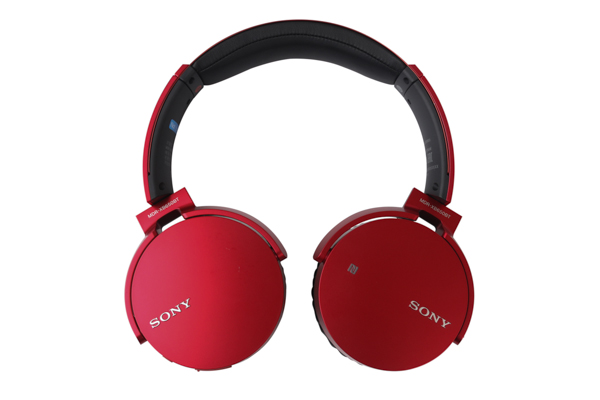 But then again, if your music playlist predominantly comprises artistes like Tiesto, Armin van Buuren, Hardwell, and Martin Garrix, you would probably be able to appreciate the solid low-end thumps of the MDR-XB650BT, which is punchy enough to compel you to start headbanging like there was no tomorrow.

There isn’t any noticeable distortion to speak of either, even if you were to completely disregard your sense of hearing and cranked up the volume – of both the MDR-XB650BT and the device it’s connected to – to the very limit.

You shouldn’t have to worry about the whole hullaballoo regarding audio quality being degraded over a wireless connection, as the MDR-XB650BT supports the aptX Bluetooth audio codec, which promises to deliver “CD-like audio quality over a Bluetooth connection.”

In fact, you wouldn’t need to be concerned about the quality of its Bluetooth connection either, as we managed to stream Spotify from our smartphone from a distance of more than 30 feet without issue. Then again, considering that your phone would almost always be within arms’ reach, you really shouldn’t be experiencing any connection issues whatsoever. Whether or not the Sony MDR-XB650BT is the ideal headphone for you depends on three things: the kind of music you listen to, whether or not you can come to terms with the sheer amount of bass it dishes out, and whether you can justify its price tag of RM549.

If you’re a devout basshead looking for a pair of headphones with strong enough bass to give your brains a good rattle – while also amplifying the thuds of your favorite EDM tracks in the process – the MDR-XB650BT would undoubtedly be the perfect candidate to get the job done.

But do bear in mind that it is because of its bass-inclined audio characteristics that it tends to supersede the brightness and crispness of certain instruments, such as electric and acoustic guitars – definitely not something you’d want if you have a preference for rock and pop music.

And that brings us back to its price. To put it simply, it would only be worthwhile for you to ponder over the RM549 price tag of the MDR-XB650BT if (and only if) you’re willing to welcome its very bass-heavy sound signature with open arms.