Sony a6500: A camera The Flash would be proud of Last year, Sony launched the ɑ6300, an impressive compact mirrorless interchangeable lens camera. Equipped with a 24MP APS-C sensor, an autofocus system that has 425 points and on-sensor PDAF, a continuous shooting rate of 11 fps, and the ability to shoot 4K videos. Needless to say, the ɑ6300 had all the makings of a flagship camera, until Sony decided to launch the ɑ6500 a few months later.

So what's different about the ɑ6300 and ɑ6500? Well, not much. They both share the same sensor, the same autofocusing system, the same burst rate, and can both record 4K videos. However, Sony added two very important components to the ɑ6500 – a front-end Large Scale Integration (LSI) architecture and an in-body 5-axis image stabilization system.

The LSI architecture is best described as a system that boosts the performance of the image processor. Thanks to this, the ɑ6500 has a buffer of 307 JPEG, or 107 RAW images, captured at 11 fps, with autofocus and autoexposure. As for the in-body image stabilization (IS), it's pretty much self explanatory, but one thing we'd like to point out is the fact that because the IS system is inside the camera itself, it works no matter what lens you're using, be it an E-mount lens, A-mount lens, or even those from other manufacturers.

For some, another new feature that would make you happy is the fact that the ɑ6500 now has a touch-sensitive LCD screen. However, functionality is limited to selecting autofocus points and double-tapping to zoom in when in playback mode. Sadly, you can't navigate from one photo to the next, or navigate through the menu. Taking a look at how the ɑ6500, it's hard to tell how it differs from its predecessor, until you've held both. The grip on the right is more pronounced, and there are now two customizable (C1 and C2) buttons located at the top-right corner of this camera, just below the shutter button. The larger grip makes it more comfortable to hold, while the new customizable buttons allows you to access more frequently used settings easier. In addition, Sony also decided to update how its software works; it's now easier to navigate through the menus, where similar settings (like different autofocus options) are now grouped together. Overall, the ɑ6500 handles pretty much like any other Alpha-series cameras, and that's a good thing. It's comfortable to grip, light, and plenty of the settings can be accessed easily, without the need to fumble around in the menus. The build quality is also excellent. 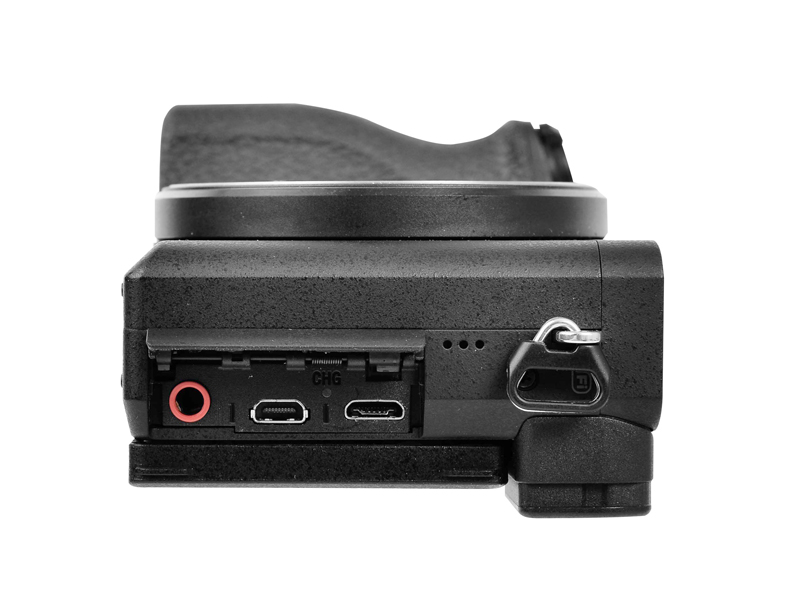