When it comes to the issue of storage, PC enthusiasts will you that the best way to go about it is to have a boot SSD that stores the OS and other frequently used essentials and a massive conventional HDD to keep everything else. And indeed, it usually is the best way to go about things. But for gamers who do their thing on notebook PCs, that may not always be an option, what with the restrictive form factor. The next best thing is of course a hybrid of both in a single drive. And that’s where the Seagate Laptop SSHD (1TB) comes in. 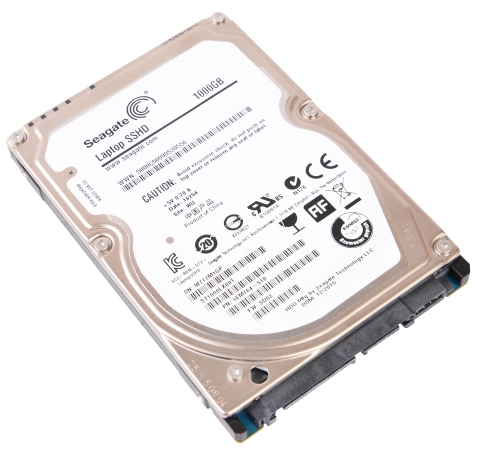 Seagate already has a 2.5-inch form factor SSHD in the market, and in its previous incarnation, the 1TB SSHD had 8GB of NAND flash, i.e. the SSD part of the SSD/HDD hybrid. This updated version comes with 32GB of NAND flash, which means more space for frequently accessed files. The idea, as you would’ve guessed, is to give gamers the capacity and price of conventional HDDs while giving speeds of an SSD.

This can be a boon for notebook users, where a restrictive form factor does now allow for independent HDDs and SSDs. Sure, you won’t get SSD speeds all the time, but if you’re a gamer, the speed of which your game loads is likely all that matters, and that’s what the Seagate Laptop SSHD (1TB) promises to deliver. 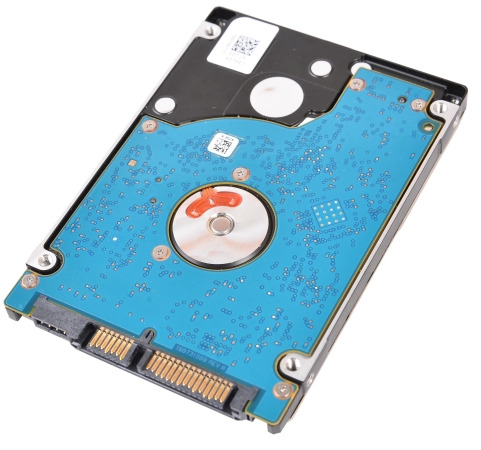 But does it? To find out, we’re testing the Seagate Laptop SSHD (1TB) in a way that’s different from how we usually test other storage devices – we’re jumping straight to game load times. Our list of games include Crysis 3, Batman: Arkham Origins, Warframe, Dota 2 and Left 4 Dead 2. And this is what we have running on our test rig:

For Crysis 3 and Batman: Arkham Origins, we ran the game on both drives, and loaded the same save file on both. We repeated this process five times before we began recording the load times, and another five times with the times load times recorded, noting the average times for each. For Warframe, we loaded a specific mission (Vor Assassination) and recorded the load times on both drives. 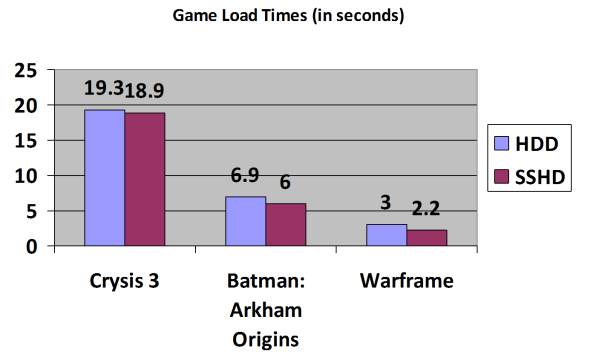 Unexpectedly, the game with the longest load times saw the least improvement in terms of load speeds. The other two games with already fast loading speeds in comparison saw the greatest improvement; the faster the load the greater the boost the SSHD provides. 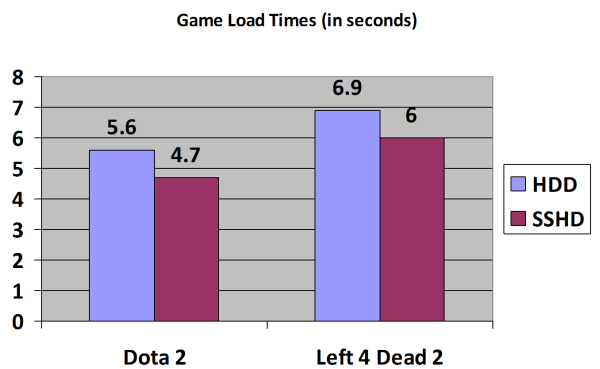 The results here are similar to the two games from earlier, where the Seagate Laptop SSHD (1TB) with 32GB NAND Flash shaved off nearly a second of load time from both games.

From our tests, we’ve found that the Seagate 1TB SSHD w/ 32GB NAND Flash does indeed deliver on its promise of delivering frequently accessed files (those used by your games) quicker to the rest of the system. This will be especially important when you’re playing competitive multiplayer games, and would like to get the games going quickly, wasting as little time as possible waiting for the game to be loaded.

While the significance of the results we’ve gotten may not move you, we’re pretty sure that the difference in figures you’ll be getting on a notebook will be greater. With that said, If you’ve got limited space for storage options and would really like the best of both HDD and SSD worlds, the Seagate 1TB SSHD w/ 32GB NAND Flash may be what you’re looking for.