The drives will be tested on our updated storage testbed using the Windows 10 operating system, which has the following specifications:

The Samsung SSD 960 Pro’s chief competitor will be OCZ’s new RD400 SSD. As we noted in our review of the RD400, the drive marks a return to form for OCZ and it was more than a handful for the SSD 950 Pro. Stunning performance aside, the RD400 also comes with OCZ’s excellent Advanced Warranty Program for a peace of mind.

A short note about drivers: One thing to note is that while last year’s SSD 950 Pro enjoyed support in the form of dedicated NVMe drivers from Samsung, the new SSD 960 Pro will instead rely on Windows 10’s native NVMe driver. That said, Samsung claims that the native Windows drivers are up to the job.

The following drives were tested for this review:

PCMark 8 is the most up-to-date system benchmarking software from benchmarking specialists Futuremark. It was designed for Windows 8 machines (now updated for Windows 10) and the storage suite test puts drives through a collection of 10 different real life workloads involving applications such as Photoshop, Illustrator, InDesign, Word, Excel and even games like Battlefield 3 and World of Warcraft. 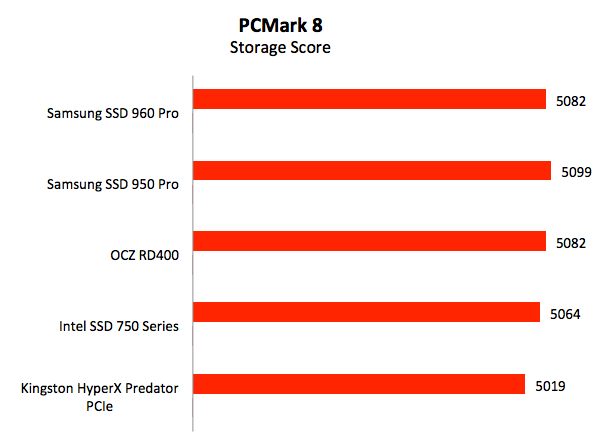 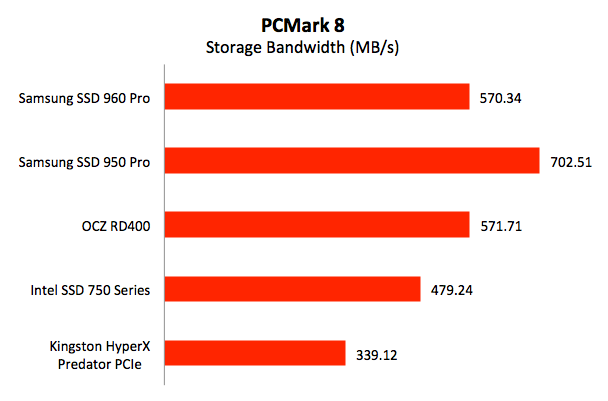 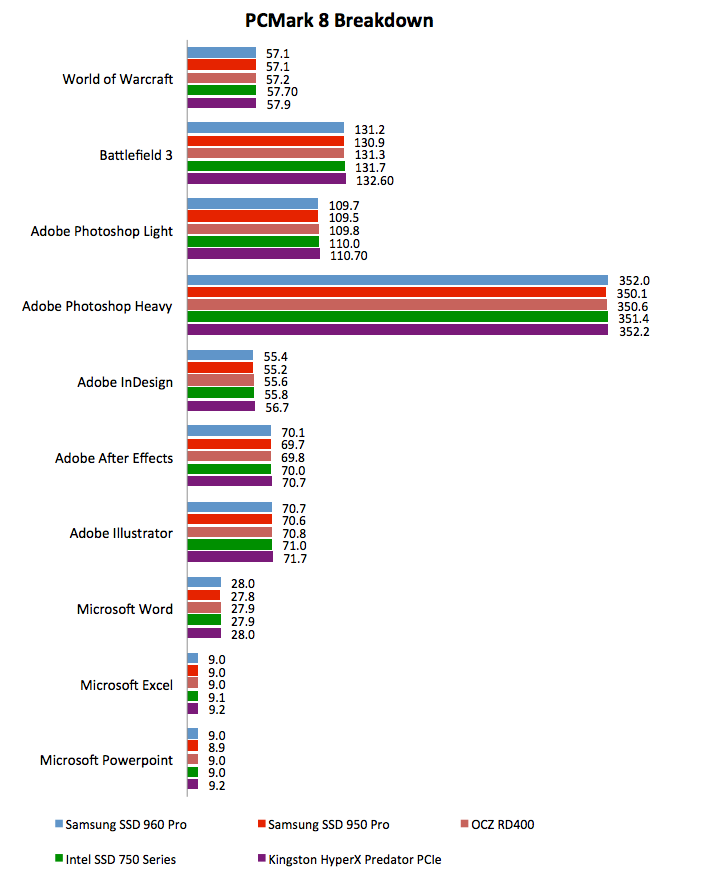