Unsurprisingly, the new Samsung SSD 960 Pro proved to be a fast drive, but perhaps not quite as fast and consistent as we had hoped. Sequential read and write speeds were mostly astonishing and amazing. But when it came to smaller data block and random reads and writes, its performance in some instances were a little erratic and inconsistent. In some instances, it would even trail the older Samsung SSD 950 Pro and OCZ RD400. But this is nitpicking on the SSD 960 Pro, because there’s no doubt that what we are looking at here is a new SSD speed king. 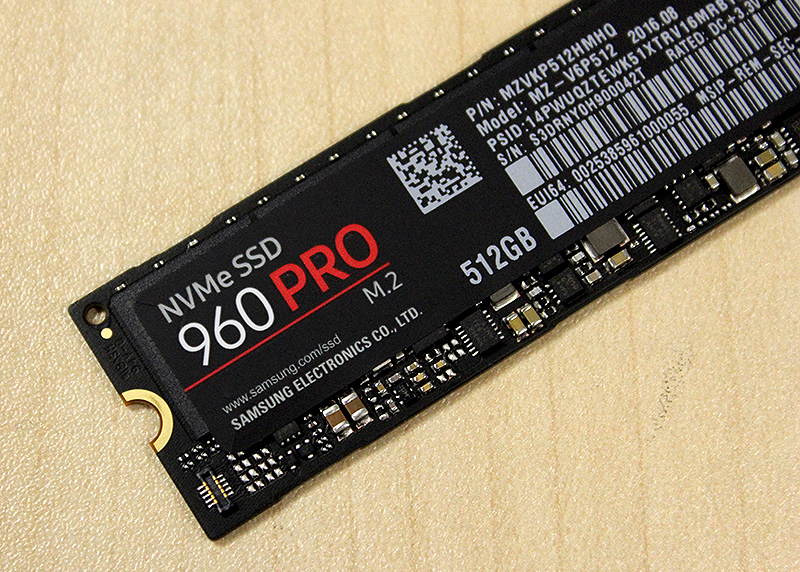 In fact, the only PCIe-based SSD that is more affordable is Kingston’s HyperX Predator, which goes for around S$409 (approx. RM1,236). However, this drive doesn’t perform on the same level as the SSD 960 Pro because it relies on the slower PCIe 2.0 x4 interface, which only supports half the bandwidth of the SSD 960 Pro’s PCIe 3.0 x4 interface.

With its incredible combination of performance and price, the SSD 960 Pro is therefore an easy drive to recommend. In terms of warranty coverage, the SSD 960 Pro can’t quite beat OCZ’s very comprehensive Advanced Warranty Program, but a  five year long warranty is nothing to scoff at. The SSD 960 Pro also enjoys better endurance ratings than the RD400. For the same 512GB drive, the rated endurance of the SSD 960 Pro is an impressive 400TBW (that's 200GB/day), while the RD400 is "just" 296TBW (162GB/day). Endurance for the larger capacity drives are even more impressive.

And as usual, the SSD 960 Pro will come with Samsung’s usual suite of drive management and data migration utilities; so keeping your drive updated, monitoring its status, and migrating data from your older system should be a cinch.

All in all, the SSD 960 Pro is a timely new arrival from Samsung, and it has successfully raised the bar for high-end consumer SSDs. With rivals OCZ and Plextor both releasing their flagship drives in the past couple of months, the SSD 960 Pro, with its great performance and super attractive price, ensures that Samsung remains at the very top of their game and gives its competitors more catching up to do.