ATTO is one of the oldest benchmarks around, but it’s still a useful tool to gauge a drive’s adeptness at managing compressible data. It’s also useful for seeing how a drive performs across a variety of different transfer block size. Unsurprisingly, given the sequential nature of the data that ATTO throws at the drive, the SSD 960 Pro was a strong performer. On the large 8MB data block workload, the SSD 960 Pro managed over 3GB/s read speeds and over 2GB/s write speeds. That's about 12 percent and 28 percent faster respectively than the second-placed OCZ RD400. It maintained its commanding lead on the smaller 512K data block workload as well.

However, on the smallest 4K data block workload, the SSD 960 Pro was unable to muster any kind of advantage and it was slightly outperformed by both the SSD 950 Pro and RD400. Judging from what we have seen so far, it seems that the new SSD 960 Pro's 4K performance can be a little erratic and unpredictable. 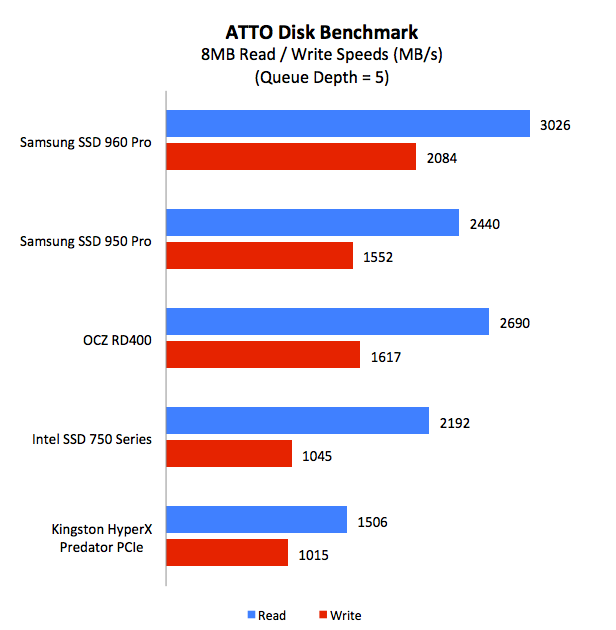 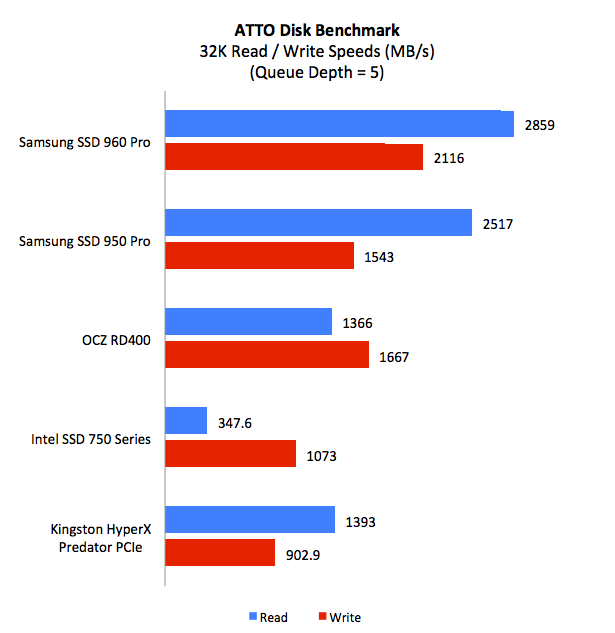 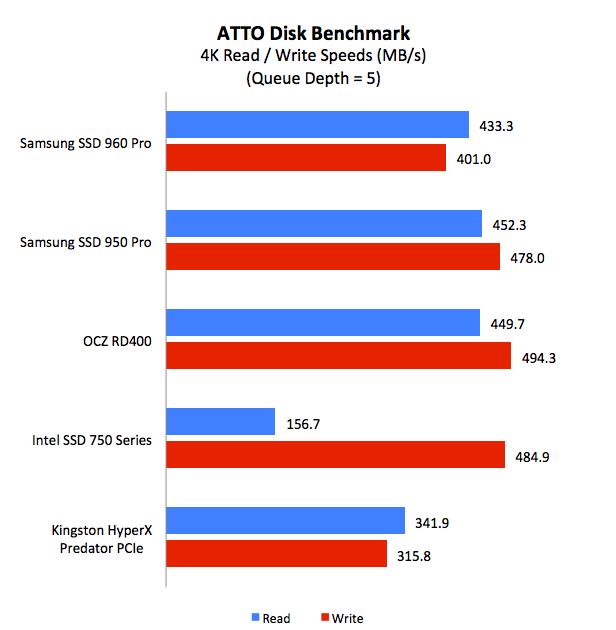