Review: Why the Fitbit Versa could be your first smartwatch

Note: This article was first published on 8th May 2018. 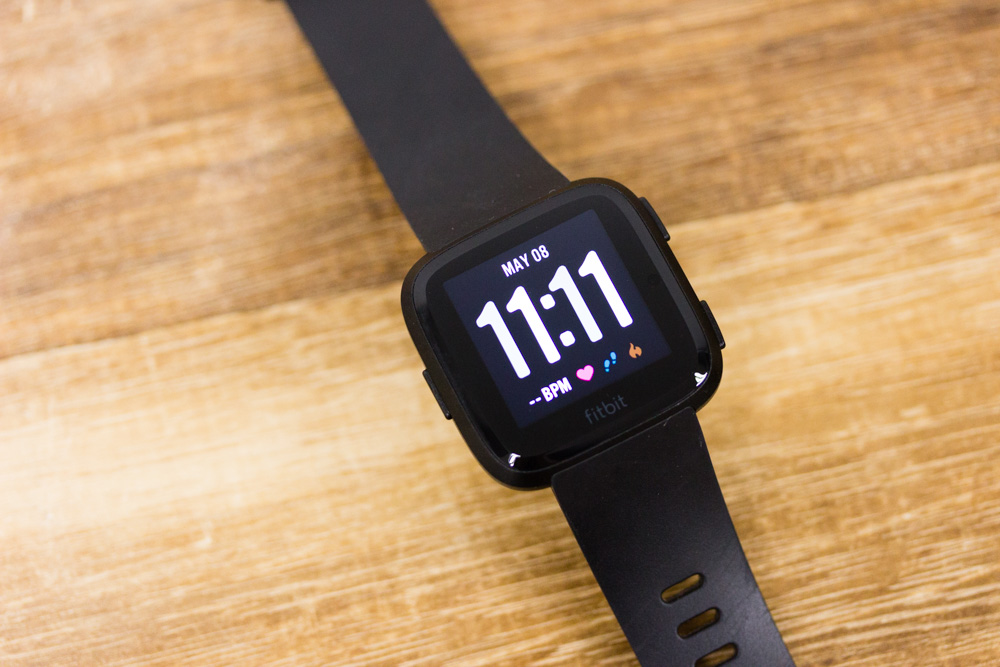 Should you get a smartwatch? That’s a tough question. Most people don’t need one. You can get notifications on your smartphone just as well, and a fitness tracker for less money.

That’s where the Fitness Versa hopes to fit in — a smartwatch that does both notifications and fitness tracking for less money. At S$318, the Versa costs less than other smartwatches, which usually start from S$400. That includes the Versa’s own older brother, the Fitbit Ionic, which retails at S$458.

Works mostly like the Fitbit Ionic, but the Versa looks better

The Versa includes many of the Ionic’s features, but there are sacrifices to get the price down. There’s no GPS and battery life is down from five days to four days (which is still impressive). But the Versa is more attractive than the Ionic. The Ionic looked like a blocky monitor on your wrist. The Versa is thinner, with rounded edges that might actually pass for a watch. 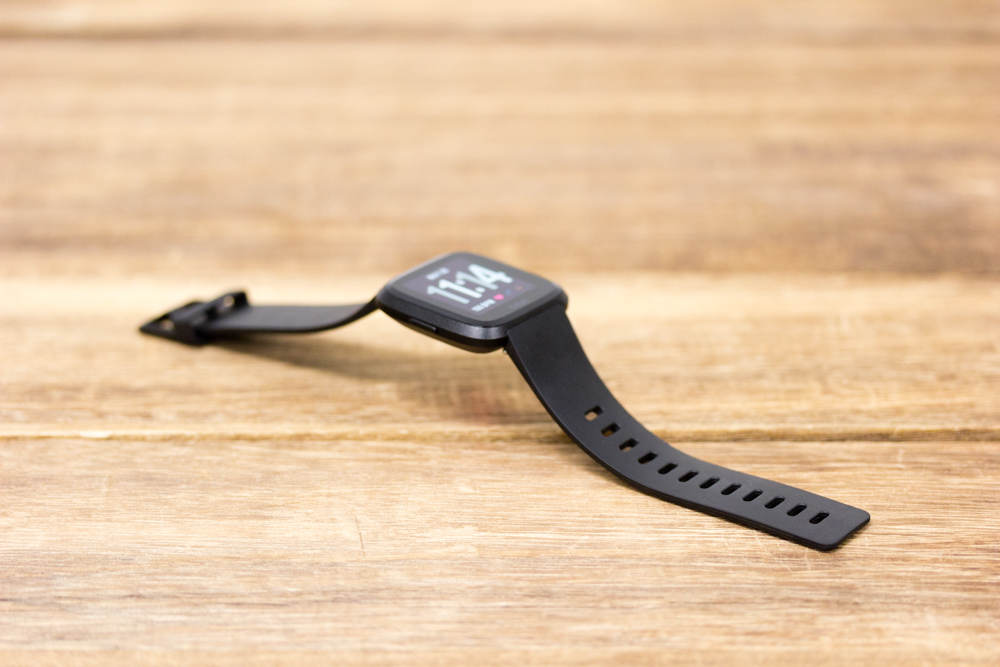 However, the classic band the Versa ships with is disappointing. It isn’t as comfortable as the one on the Ionic (and certainly not as enjoyable as the Apple Sport Loop). Changing straps is difficult. And it’s a letdown that the Versa and Ionic straps aren’t compatible with each other.

The charger is … an interesting idea. It cradles the Versa so that it faces upwards, and locks the smartwatch down. You release it by pinching both sides. It’s clever but also blocky. A simpler and thinner charger would have sufficed. 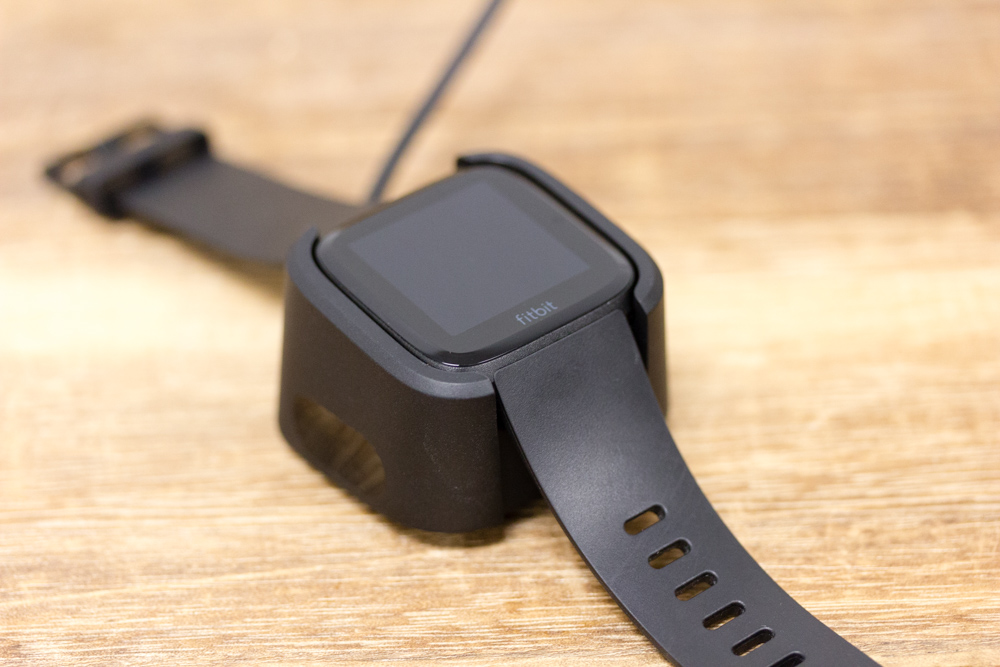 Fitbit OS, which powers the Versa and Ionic, is rudimentary. Swapping watch faces, for example, involves a trip to the Fitbit app on the phone, picking a face, and a quick reboot. You can’t customize any of the widgets so you’re stranded with whichever stat is showing on the watch face. There are Fitbit and third-party watch faces to pick from, which range from ‘fine’ to ‘just no’ in attractiveness. 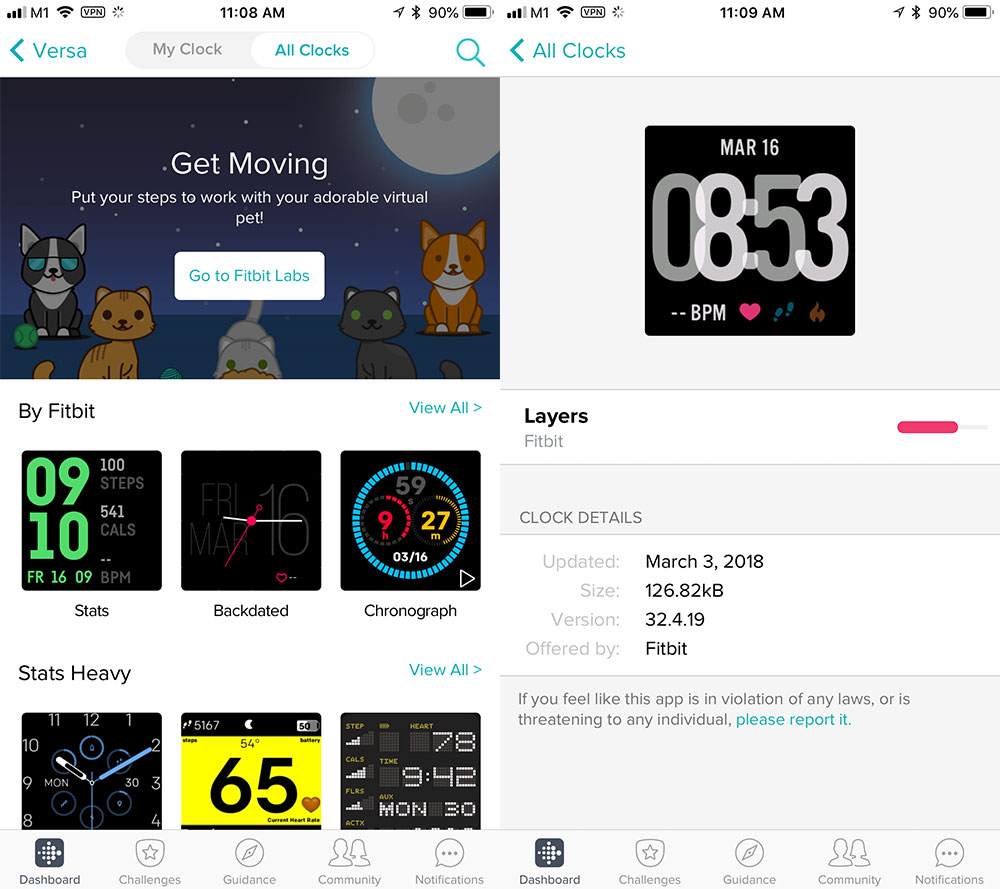 You navigate the Versa through gestures and the three physical buttons. Swiping up, for example, brings you to a useful Today screen. You can check stats like the number of steps you took today and your current heart-rate.

One minus point is the lack of calendar support. You can’t see your calendar in Today and not anywhere on the Versa. There also aren’t that many apps for Fitbit OS. For your listening pleasure, you can download Pandora stations or Deezer playlists. But the last time I checked, most of my friends are on Spotify. You can transfer and play around 300 songs, so good news if you (still) have any MP3s lying around.

How the Versa handles notifications is also quite simple. Don’t worry if notifications don’t come in at first. You’ll have to activate notifications app by app — and you can only do so after each app has sent a notification to your phone.

And once the notification arrives there’s nothing you can really do about it on iOS. You can’t reply or check off a to-do. You can accept or reject calls, but you can’t talk through the Versa. Canned responses, on the other hand, has just come online for Android-paired Versas. 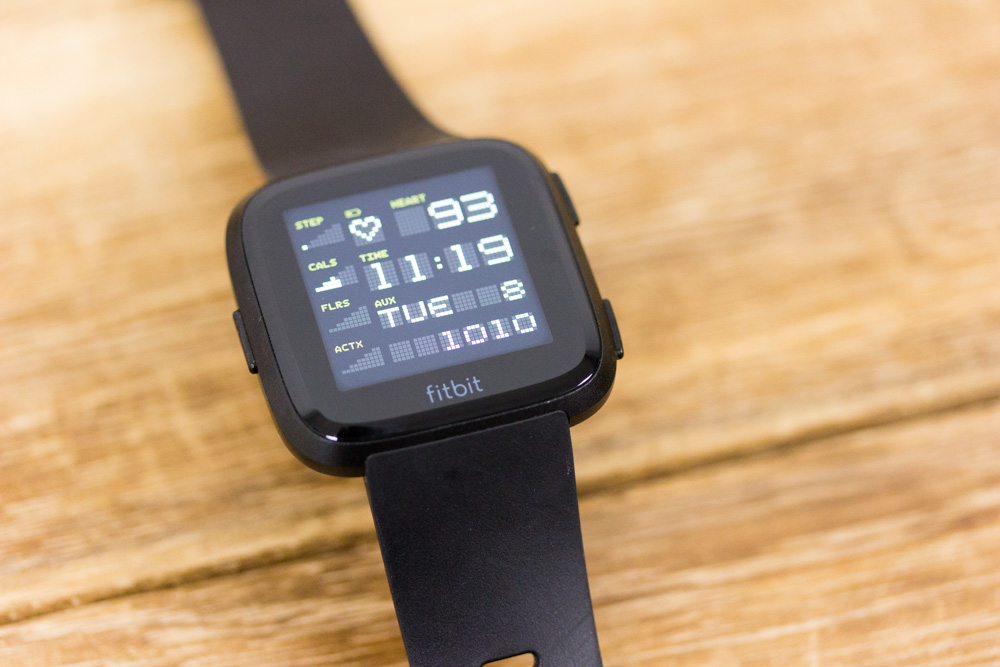