Not too long ago, we took a look at the Philips A5-PRO that was made in collaboration with world-renowned Dutch DJ, Armin van Buuren, and we loved it. It looked really great, it was comfortable to wear for hours on end, and it sounded good with just any genre of music. It even comes with a coiled cable that is stretchable to 4.7m, a 6.3mm adapter and a weather-resistant carrying case. The only real problem with it is the fact that it costs RM1,999. As great as it is, not many are willing to fork out that kind of money for a pair of headphones. 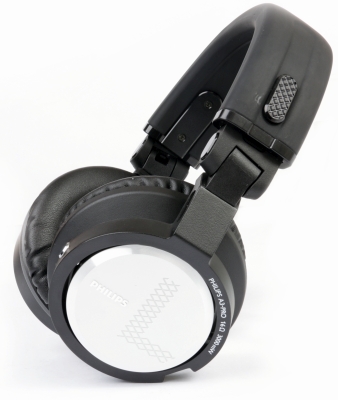 With that said, this time around, we are looking at the Philips A3-PRO. Basically a toned down version of the A5-PRO, it retains most of the A5-PRO’s features, while sporting smaller figures on its spec sheet and price tag. And what are the effects of the tuning down? Let’s find out.

In terms of physical looks, the A3-PRO has less subtlety going for it. It has the cool look to it at first glance, but while some aspects of its coolness have been amplified, some others have been toned down as well.

While looking similar to the A5-PRO, there are a few differences that stand out immediately. The back of the earcups is a stainless steel piece with a brushed surface and the Philips branding on each side. The engraved diamond back design is still used to indicate each side, but the letters are smaller to fit the Philips branding. This, in turn, numbs the ‘coolness’ that the letter L gives as it doesn’t quite fit the entire design the way the one on the A5-PRO did. 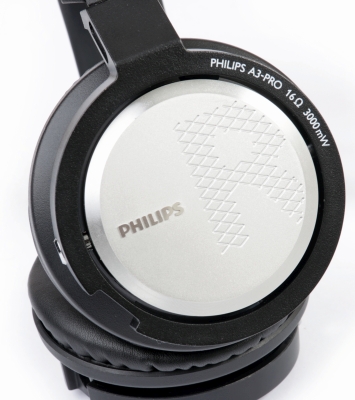 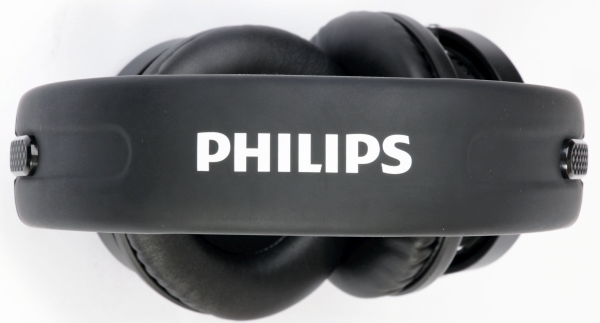 This may give the impression that the headband is a very comfortable thing to put on your head, but the actual effect is the opposite of what you’d expect. Even despite the seemingly more ergonomic shape and the rubber coating, putting the A3-PRO on for the first time is a very uncomfortable affair. The rubber actually feels hard when pressed against your head, and you need to spend some time adjusting the headphones before you get it resting comfortably on your head. 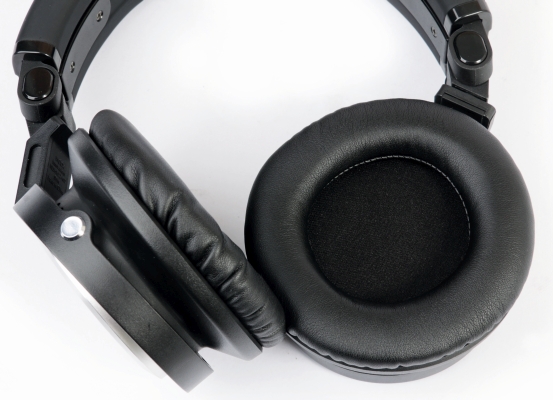 While we are on the subject of comfort, the memory foam on each earcup is not as thick as those you'd find on the A5-PRO. While this will not have any immediate effect on your listening experience, you will start to feel the discomfort and tightness after a while. 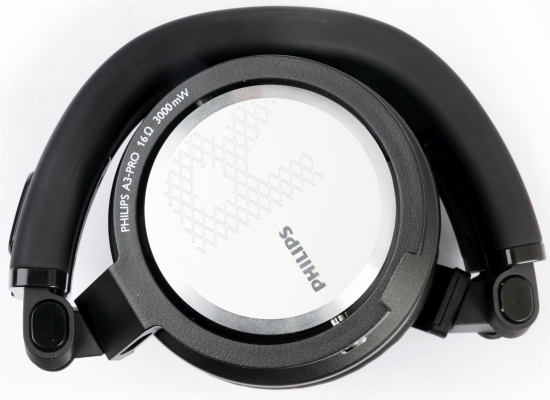 That aside, the earcups still pivot 90° in opposite directions, allowing you to fold it up into the same compact shape as the A5-PRO. Again, there is no wireless connectivity, and you can plug the right-angled 3.5mm audio jack with the twist-lock mechanism into either side of the headphones. The other end of the audio cable is the same 3.5mm jack with threads that allow you to screw on the provided 6.3mm adapter. The difference here is the coiled bit on the cable that comes packed with the A3-PRO isn’t as substantial, only allowing the 1.4m cable to stretch to a maximum of 1.8m. 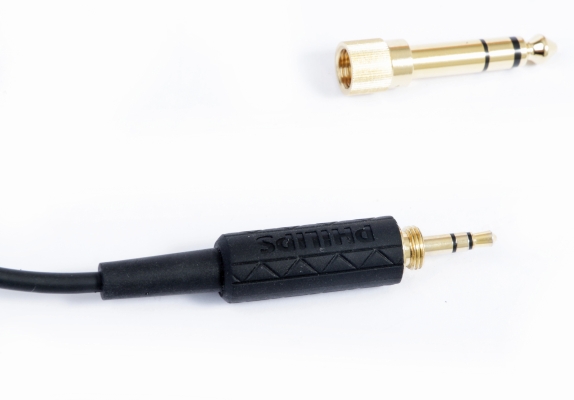 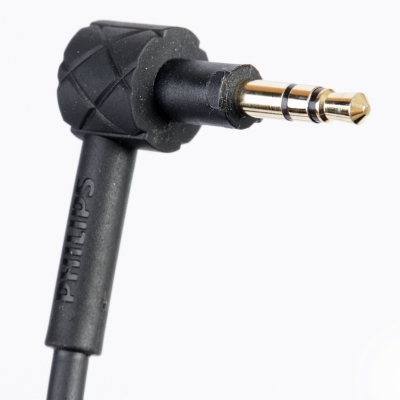 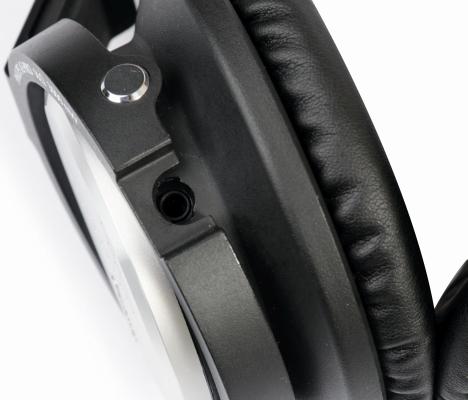 You also get a carrying pouch with the A3-PRO, but it feels lighter, thinner and less durable compared to the one that came with the A5-PRO, so we would recommend paying more attention to its surroundings when you carry it around. 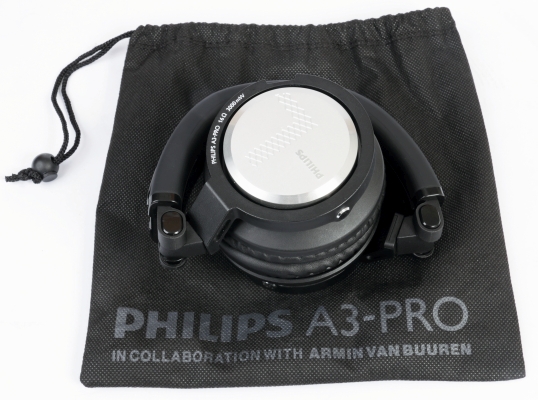 Now that we’ve covered the changes on the outside, we move on to the changes on the inside. While the spec sheet is similar, some numbers have been toned down, as we’ve mentioned earlier. The 50mm drivers remain, but each now handles 3,000mW of power instead of 3,500mW and has a frequency range of 12-23,000 Hz from 10-24,000 Hz. The 16Ω impedance remains the same, but the sensitivity is now 108dB from the A5-PRO’s 105dB.

All these differences aside, the A3-PRO sounded very much like the A5-PRO. Very well rounded, the mids and highs are crystal clear and have great presence, and resonance sounds very natural. There is, however, one surprise we experienced with the A3-PRO: it has a slightly stronger bass, while keeping all the qualities of the A5-PRO. The difference isn’t much, but it is clear enough to discern without a doubt.

For the formal testing of the A3-PRO, we played our usual list of tracks, starting off with 'NY Rush' by Yoko Kanno and the Seatbelts. As expected, resonance sounded natural, the higher notes were clear and the bass had a nice thump to it.

For the next track that was Joanna Wang’s The Best Mistake I’ve Ever Made, the bass hit a nice balance where the A5-PRO fell a little short, and the vocals were clear as well. The tradeoff, it seems, is the guitar’s resonance. At some parts, it sounded like the resonance was a result of the hardware compensation rather than the actual resonance of the instrument.

As for the acoustic version of John Mayer’s 'Why Georgia', everything was in order; vocals were nice and clear, and so were the guitars. Resonance did not suffer here, but that might have something to do with the successive strumming.

The slight bass improvement was most apparent in Bon Jovi’s 'It’s My Life'. Vocals and instruments were crisp and clear, and the little extra bass made the whole track sound a little more balanced.

As with the A5-PRO, we added German DJ ATB’s 'I’m In Love With The DJ'. Here, the stronger bass truly made this trance track sound like how you’d expect it to. Best of all, the bass here is strong without being overwhelming.

At RM1,399, the Philips A3-PRO is RM600 cheaper than the A5-PRO. For certain tracks, the A3-PRO sound arguably better too. This is despite the fact that it has inferior spec numbers compared to the A5-PRO.

However, this comes at the cost of comfort. With the A5-PRO, you could listen to your music for hours on end with no issues. With the A3-PRO, however, you start to feel the discomfort caused by the thinner memory foam padding on each earcup within the first hour of using. The headband presents another issue where the shape, ergonomic as it may deceptively look, will irritate you with discomfort until you spend some time getting it into the perfect position, and even then, when the discomfort you feel coming from the earpads starts making its presence known, the headband will also feel like it tightened over time.

In the end, you will have to decide which to get based on how long you expect to be listening to music every time. If you don’t stop listening to music until you have done so for a few hours straight, then the RM600 you save isn’t going to be worth it. If, however, you listen to music no more than an hour at a time and take some time to rest your ears in between, then you would probably benefit from the RM600 you save, possibly in more ways than just monetary.