A card for the masses

Update (July 27, 2016): We've added in a hands-on video of the card which highlights several benchmarks results of the GeForce GTX 1060, for your viewing pleasure. With the success of their GeForce GTX 1080 and GTX 1070, NVIDIA’s has yet again managed to maintain their position as a leader (for now, until Team Red decidedly releases their own contender) in the high-end graphics segment for gamers.

But as powerful as the the GTX 1080 and GTX 1070 may be, there is still one underlying flaw to both the cards: the relatively high asking price. It’s still a sticky issue with many gamers in and around Malaysia, and while it’s already been proven that these cards run rings around their predecessors from the last generation, both the GTX 1080 and GTX 1070 are cards still not as affordable as a gamer would hope for.

It was on that note that NVIDIA’s direct competitor, AMD’s Radeon Technology Group (or RTG for short) answered the call of the gamers in the mid-range market and released their now highly praised Radeon RX 480.

Enter the GeForce GTX 1060 Founders Edition, NVIDIA’s answer to the mid-range graphics card market, as well as their answer to AMD’s own mid-range RX 480.

By now, the term Founders Edition (we’ll just call it FE for short) has undoubtedly become a common name amongst gamers who follow NVIDIA closely. The name is really nothing more than a fancy term for NVIDIA to describe their reference card, but for what it’s worth, the card looks good.

IF the GTX 1080 was to be considered the current king of the hill, then the GTX 1060 would most certainly be considered (if it ever were bestowed an official title, that is) as the card of the people.

The cooler shroud of the GTX 1060 still retains the same polygonal theme as the GTX 1080 and GTX 1070, albeit with a slightly different design to it. But this isn’t the only physical aspect and feature that separates the GTX 1060 from its more powerful brethren. The overall length of the card is actually shorter than the sum of its parts, with the single fan blow-cooler actually extending well past the PCB of the GTX 1060. At the side of the card (or top, depending on how you look at it), you’ll see a single 6-PIN PCie power port, which further denotes the Pascal GPU’s power efficiency.

Alas, one feature is sorely lacking on the GTX 1060 is an SLI connector. Yes, you read that right, the card was designed to work only in a single GPU configuration, so if you’re looking to build a PC with a 2-way SLI configuration (3-way and 4-way SLI is no longer valid, by the way), then you’re probably going to want to look towards using either the GTX 1080 or the GTX 1070. But lest we jump to conclusions, we can tell you that the card is actually a pretty impressive performer, as you’ll see in the next page. Specs wise, the GTX 1060 sports 6GB of GDDR5 RAM, which of course is built on top of NVIDIA’s new 16nm FinFET+ Pascal architecture, which is more power efficient than the previous generation Maxwell architecture. To help it along, the card has 1,280 CUDA cores, and its VRAM is clocked at 8,000MHz.

Output for the GTX 1060 is the same as the other powerhouse cards: you get three DisplayPort 1.4, one HDMI 2.0b, and a dual-link DVI port.

Feature-wise, the GTX 1060 is capable of SMP (Simultaneous Multi-Projection), which allows you to link up to three displays simultaneously, with the card automatically adjusting the resolution and viewing angle of all displays to ensure a more immersive gaming experience. 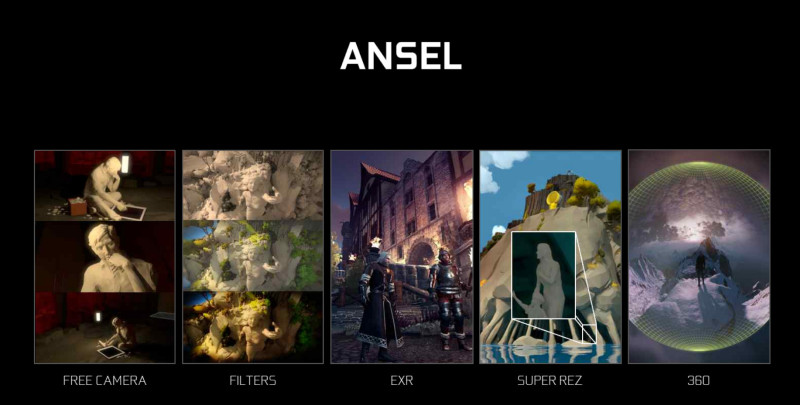 The launch of the GTX 1060 also coincides with the launch of ANSEL, NVIDIA’s new in-game high resolution photography tool which was designed to allow gamers to try their hand at creating some stylish hi-res pictures from different scenes in-game. 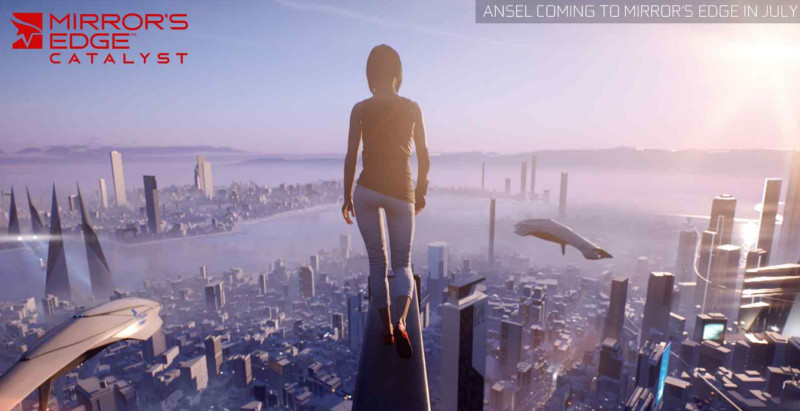 Before you get all hyped up on ANSEL, we should inform you that the tool is only available on two game titles at current, The Witcher 3: Wild Hunt and Mirror’s Edge: Catalyst. But fret not, NVIDIA has said that they intend to make ANSEL available on more game titles in the future.

Lastly, the GTX 1060 is also VR Ready. Unfortunately, we weren't able to test out that feature, simply because we didn’t have a VR headset in our hands at the time of writing.