Coming one year after the Nikon 1 V1, the V2 is Nikon's answer to all the photographers who griped about the V1's handling. Not much has changed from the V1, most of the differences lie in the camera's ergonomics (that big grip, a Mode and control dial) and a built-in flash. Internally, the V2 comes with a new 14MP sensor, but has the same high-speed frame-rates and impressive number of AF points as the V1. The battery is a new model but it's rated for 40 less shots, not more.

You could say that Nikon's new flagship mirrorless system camera is what the V1 should have been all along, with its more pro-like body for shooters who like having manual control at their fingertips. So how much of a difference does the new body make, and is it enough to entice new users to buy into Nikon's 1 system? Follow us into its review, after checking out the V1 and V2's key specs and their main differences highlighted. 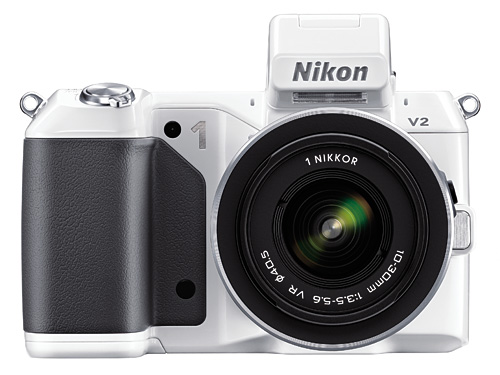