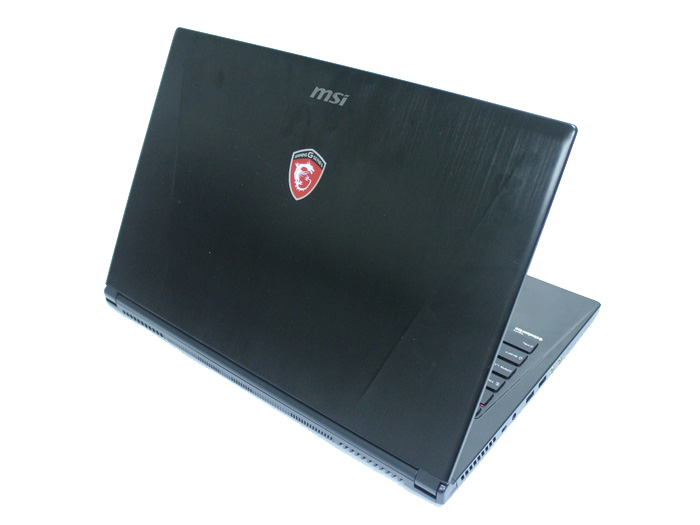 The thinnest and lightest 15.6-inch gaming notebook gets refreshed

Serious gamers often have very specific requirements when it comes to their desktop rigs: from choosing the perfect display, CPU, GPU, keyboard, mouse, down to the most reliable power supply and aesthetically pleasing case. But these systems are designed to be stationary, and as more and more gamers get together for competitions and leisurely LAN parties, the consideration for purchasing a notebook capable of running graphics intensive games starts to arise.

Manufacturers have responded to this increasing demand, and brands known more for their components, such as MSI and Gigabyte, have started releasing gaming notebooks for this niche market. Razer, generally known as a gaming peripherals manufacturer, has also started selling gaming notebooks.

While gaming notebooks in the past have been bulky and unwieldy due to the lack of compact yet powerful components, thin gaming notebooks are now becoming more common, with the introduction of more power-efficient processors, such as Intel’s Haswell chips, and the decreasing prices of smaller, speedier flash storage options.

With the release of NVIDIA’s latest GeForce 800M GPUs, various flagship models from a variety of brands have been refreshed and updated. Among them is MSI's GS60 range. Following in the footsteps of MSI's refreshed GS70 Stealth slim gaming notebook, the new MSI GS60 2PE Ghost Pro is a 15.6-inch, Full HD model that now boasts an NVIDIA GeForce GTX870M graphics chip. 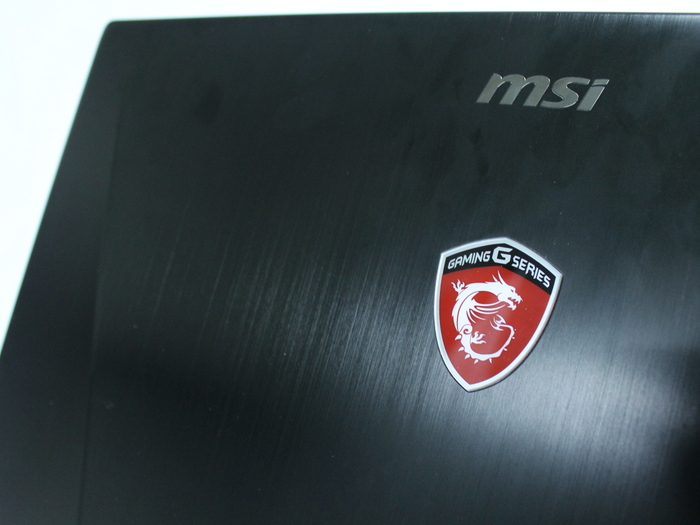 The MSI GS60 2PE Ghost Pro shares a similar design language to its bigger brother, the GS70 Stealth. It has a brushed metallic effect on its magnesium-lithium alloy chassis, which adds a premium look and feel while keeping its weight a hair below 2kg. We were surprised when we lifted it out of the box, as it felt more like an Ultrabook in our hands than a high spec gaming machine.

The metal alloy surrounds the keyboard and trackpad, while the display bezel has a matte finish. The entire notebook is dressed in a uniform black color and, if not for the iconic MSI logo and the words "Gaming Series", one might mistake this beauty for a high-end business laptop.

A bonus point goes to the GS60's hinge mechanism that allows users to open the laptop with one hand, while the keyboard (and the rest of the notebook) stay firmly planted onto the table. The hinge feels smooth yet rigid; we never once felt that it was loose or worried that the display would not remain in our preferred angle. The display itself, however, had quite a bit of flex due to its thin profile even though the notebook used a metal alloy. This isn't anything unusual because we've handled several Sony notebooks in the past that boast a carbon fiber build (such as the Vaio Z and the more recent VAIO Pro series), but in fact flex in certain areas due to their thin build. 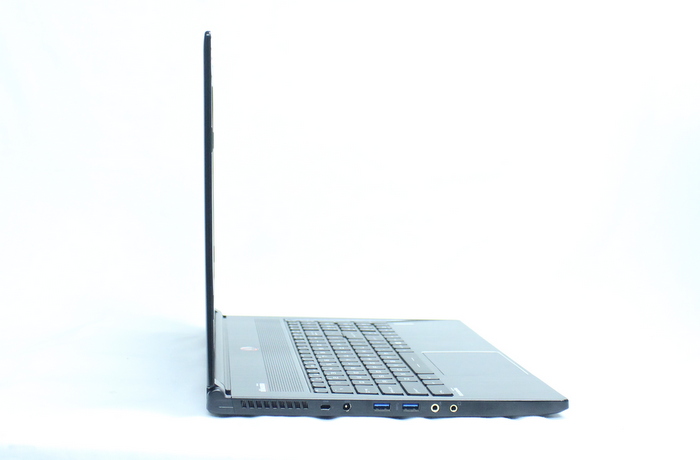 Despite the overall lack of bulk, the GS60 packs all of the essential ports that one might need on the go: three USB 3.0 ports for fast file transfers, HDMI and Mini DisplayPort for connecting to external display(s), audio jacks for external speakers and/or microphones, and a Kensington Security Slot for theft deterrence. A small annoyance, however, was that the power cable connects to the notebook on the left side instead of at the rear, where a user could forget about it once he or she has settled down. The power cable effectively blocks the Kensington Security Slot and we felt that there was a lack of attention to detail for the placement of the ports due to the aim of making the GS60 as thin as possible.

The onboard speaker by Dynaudio provides a very good sound stage that is worth a mention. While it is a step below the dual front-facing speakers of its larger brother, the 17-inch GS70 2PE Stealth Pro, it still provides substantial volume and an excellent stereo effect. 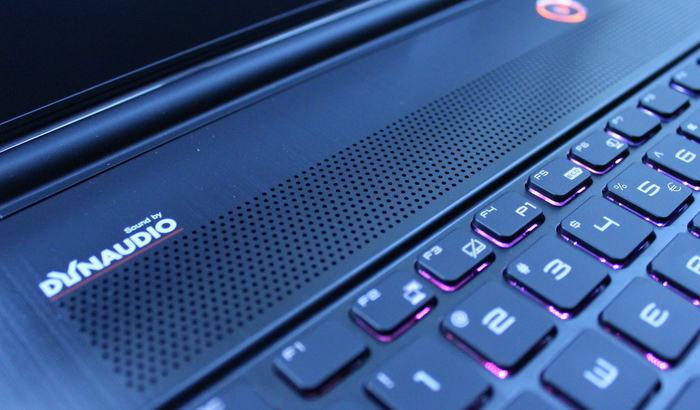 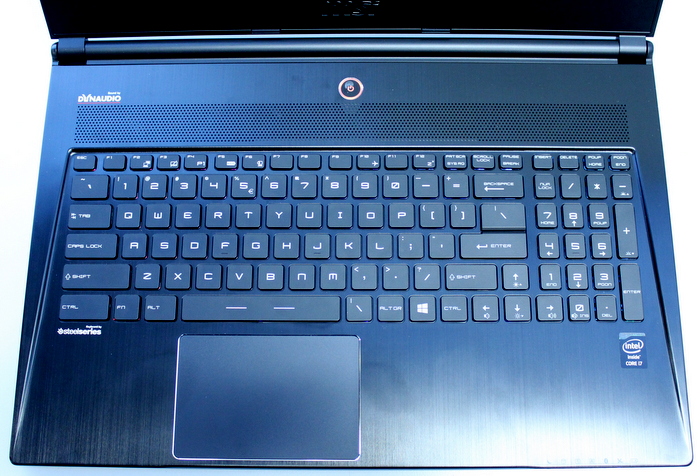 As with other MSI gaming notebooks, the keyboard is designed by Steelseries, and includes a head-turning rainbow-backlight option. Overall, the keyboard provides a pleasant experience to type on, and is rather quiet, although users who like the 'clicky' feel of certain mechanical switches may be disappointed with its lack of tactile feedback. The Windows key has been moved away from the "golden triangle" region to the right side of the keyboard, to prevent accidentally switching to the Start Screen when using the WASD keys.

The colors of the backlight can be controlled with the included software, which lets you set different profiles so you can have a set of colors for typing and another set of colors for gaming. There are three zones on the keyboard that users can customize the color for, and you can also set animation effects, such as ‘Breathing’ or ‘Wave’ so the backlight changes color on its own. 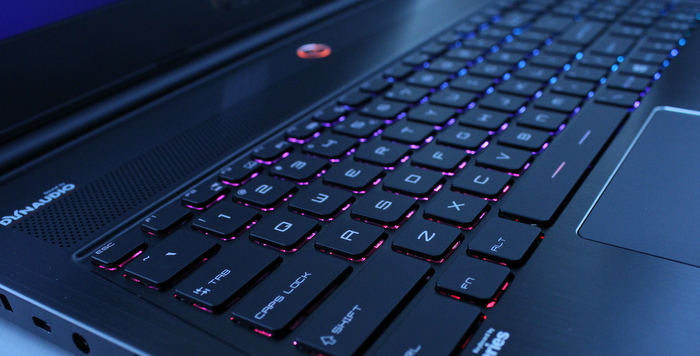 Our review unit came with the MSI S12-0400C10-AA3 ambidextrous gaming mouse in the box, which was a nice surprise. It is by no means a top-of-the-line peripheral, but it always feels good to receive an extra input device. Optional software (in a disc) is included to customize the mouse buttons and sensitivity settings, but since the GS60 does not come with an optical drive, downloading it from the MSI official website made more sense to us. 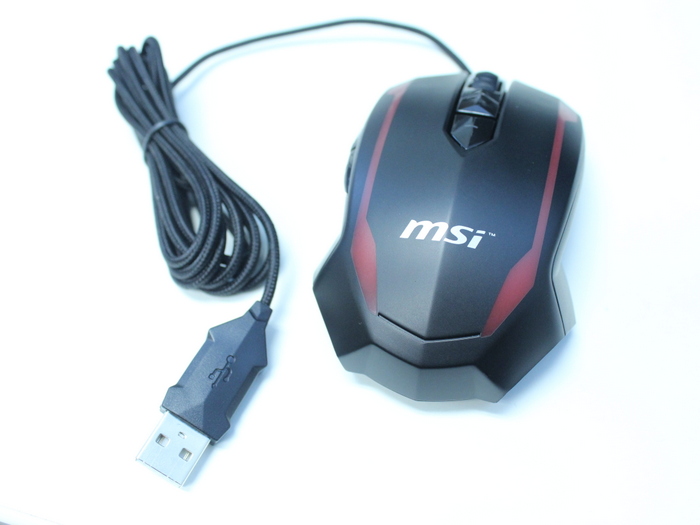 If you are a trackpad person, you won’t be disappointed either. While it's not a glass trackpad, it is plenty spacious. The trackpad is a clickpad, which means it doesn't have any dedicated left or right click buttons. This design saves space, but on the downside, it is possible to accidentally click the pad with your palm if it hits the corners of the touchpad in a typical typing position.