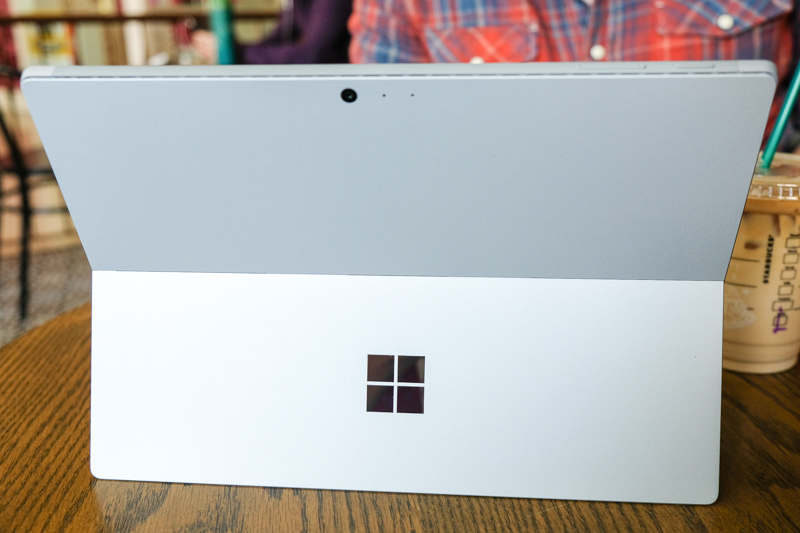 Let’s be honest, even if you opt for the top-of-the-line new Surface Pro – which comes with an Intel Core i7-7660U processor, Intel Iris Plus Graphics 640 integrated graphics, 16GB of RAM, and a 512GB SSD – you probably shouldn’t need any benchmark scores to tell you that it’s not designed with gamers in mind.

Sure, you might be able to get it to run Dota 2 and Overwatch with their graphics settings lowered to the bare minimum and their resolution reduced to 720p, but where’s the fun in that?

Take the gaming aspect out of the equation, and you're bound to be content with the performance of the new Surface Pro – at least, as far as the variants powered by the Intel Core i5-7300U processor are concerned. 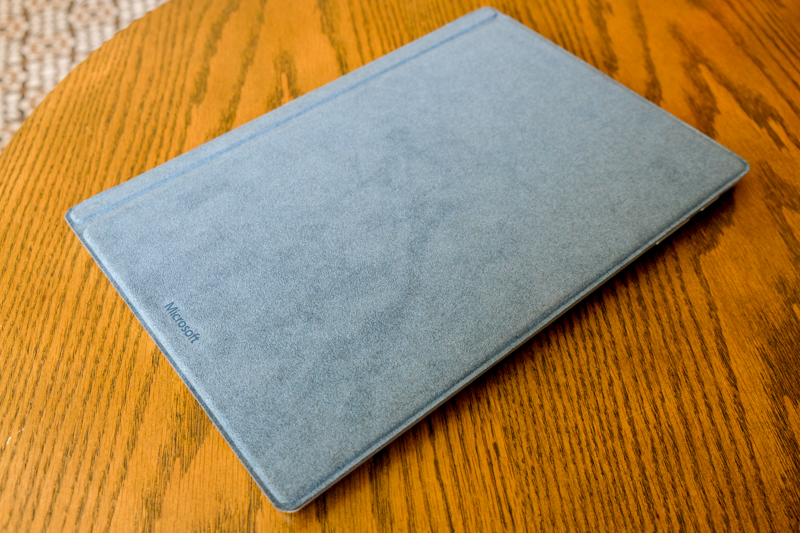 Our review unit, which comes with the aforementioned Core i5 processor, alongside 8GB of RAM and a 256GB SSD, could effortlessly stream 4K videos on YouTube or Vimeo without any traces of jitter or lag, even when there were at least two dozen different other tabs on Google Chrome running in the background.

This did, however, make the upper back portion of our new Surface Pro feel pretty warm to the touch. It’s not something that we would be alarmed about, though – it’s just one of the drawbacks of Microsoft giving the Core i5 and Core m3 variants of the new Surface Pro a passive cooling system. But hey, at least they’ll be running in pin-drop silence even when they’re firing on all cylinders.

To get a better indication of just how capable the new Surface Pro really is, we fired up PCMark 8 and had it complete the Home, Creative, and Work benchmarks. We decided to skip the more graphics-oriented benchmarks like 3DMark and Unigine Heaven for obvious reasons. 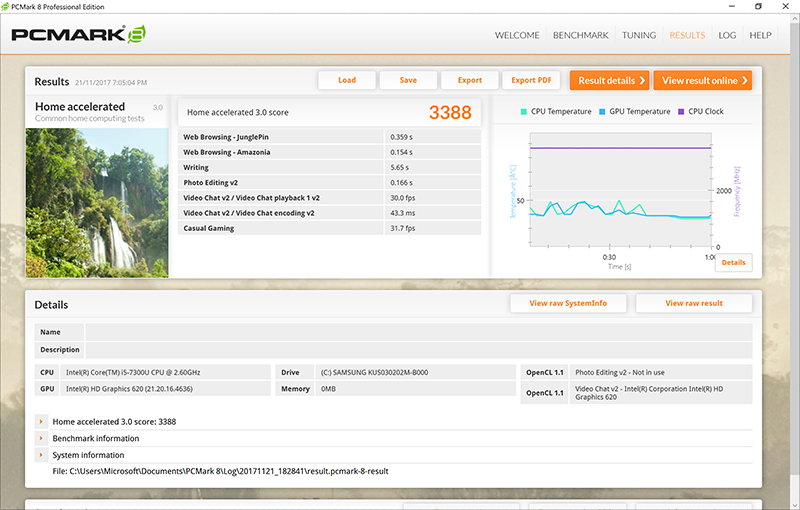 The Home benchmark of PCMark 8 simulates the typical workloads of a home user, including web browsing, writing, photo editing, video chatting, and casual gaming. The new Surface Pro scored 3,388 in this particular benchmark, which is considerably better than the score of 2,390 that the Surface Pro 4 obtained when we tested it. 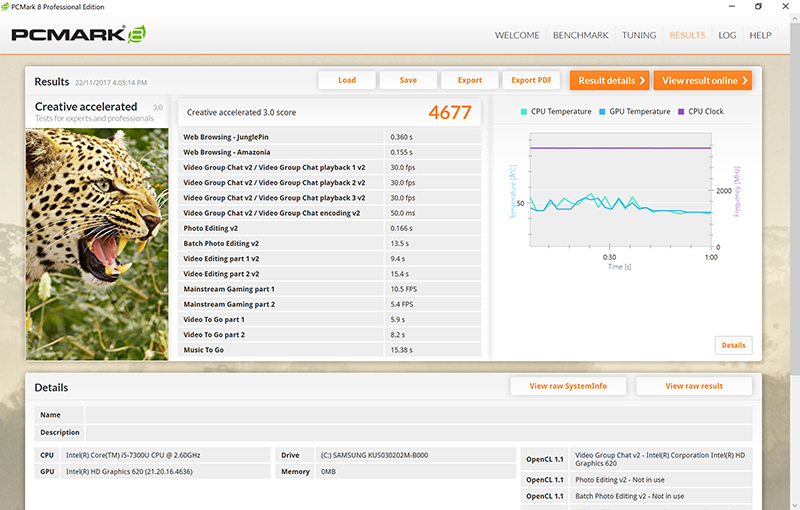 The Creative benchmark of PCMark 8, meanwhile, involves slightly more demanding entertainment and media-related workloads, like video editing, batch photo editing, and group video calling. The new Surface Pro scored 4,677 in this benchmark, while the Surface Pro 4 trailed behind with a score of 2,490. 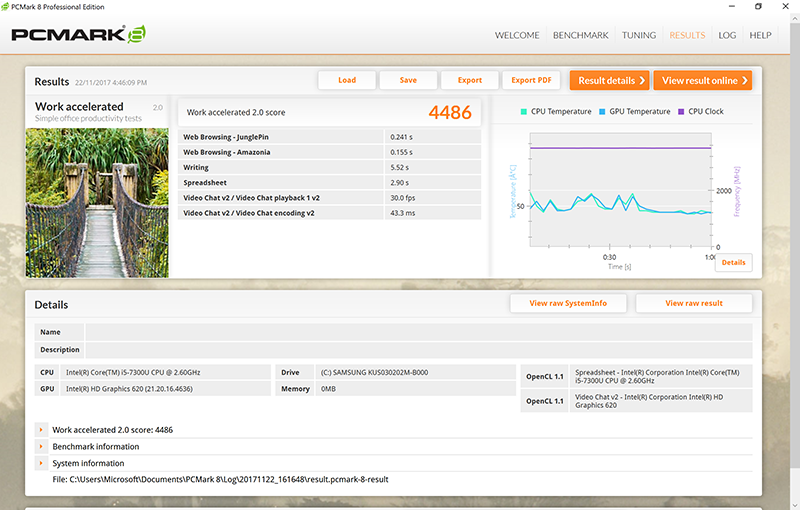 How well does the new Surface Pro handle office workloads like word and spreadsheet processing? Pretty darn well, according to the score of 4,486 that it managed to obtain for the Work benchmark of PCMark 8. The Surface Pro 4, on the other hand, paled in comparison with a score of 2,559. 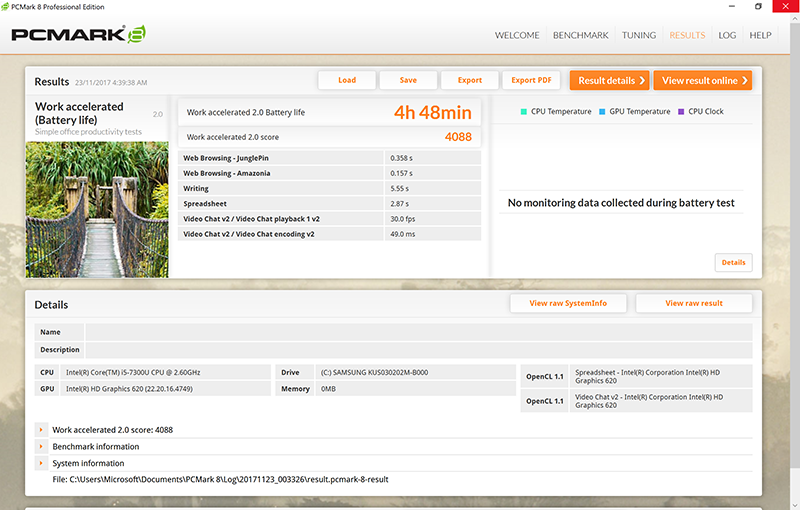 The battery life of the new Surface Pro is pretty impressive, judging from the fact that it took four hours and 48 minutes of looping the PCMark 8 Work benchmark to drain its battery from 100 percent down to 20 percent. Just so you know, the Surface Pro 4 could only do the same for three hours and 20 minutes.

That being said, it personally took us seven hours and two minutes to drain the battery of the new Surface Pro from 100 percent down to 20 percent, which was done by typing out this review on Google Docs, streaming music on Spotify, watching a couple of videos on YouTube, and just casually browsing the web. 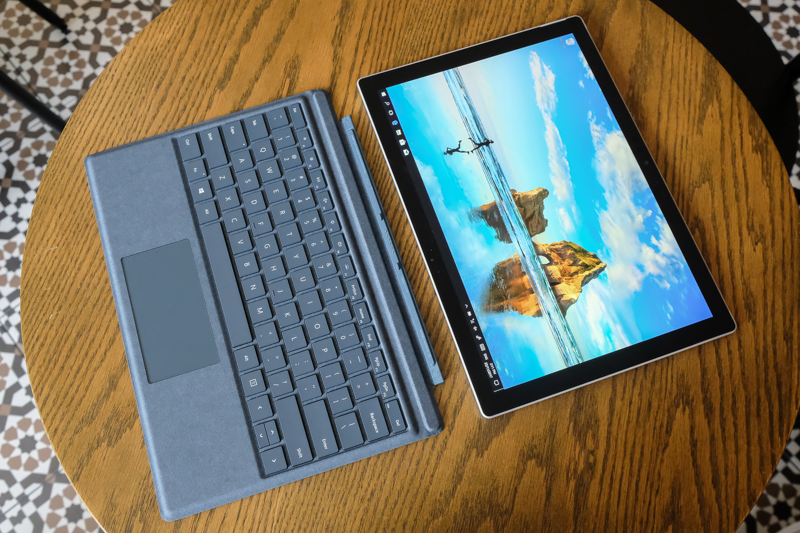 From the looks of things, it certainly does seem like Microsoft has managed to raise the bar with the new Surface Pro. It’s more powerful, it has a longer-lasting battery life, and it retains all the great qualities of the Surface Pro 4, such as its beautiful 12.3-inch PixelSense display, its thinness of 8.5mm, and its negligible weight of 0.7kg.

Perhaps this explains why Microsoft is bold enough to give the new Surface Pro such a steep price tag. How steep are we talking about? The Surface Pro variant that you’ve been reading about in this review will set you back RM5,899. Mind you, the Alcantara-lined Signature Type Cover of the new Surface Pro is sold separately for an eye-watering RM669.

Also, if you’re planning on doing a little drawing and sketching, you’re going to have to purchase the Surface Pen – which was previously bundled together with the Surface Pro 4 – for an additional RM299. While you could get away with using just about any other stylus for all your drawing needs, the Surface Pen does have a couple of neat features going for it, such as the ability to perceive 4,096 different levels of pressure, and recognizing when the Pen is tilted so that you can use it for shading your masterpieces. 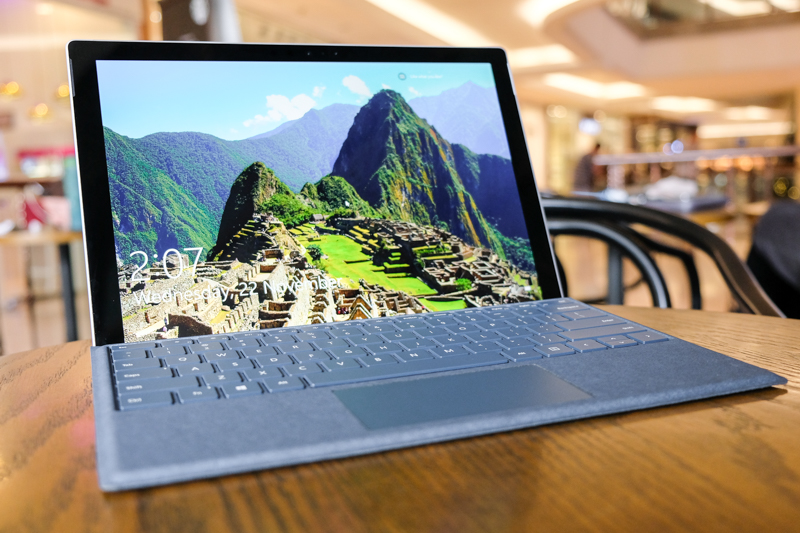 We wouldn’t recommend you to go with the most affordable variant of the new Surface Pro, because the performance of its Intel Core m3-7Y30 processor might be a little too modest to multitask efficiently. Don’t get us wrong, it should have no trouble running heavy-duty applications like Adobe Photoshop, streaming movies on Netflix, or handling multiple opened tabs on Google Chrome, but it will likely end up struggling to handle all said tasks concurrently – since it also only has 4GB of RAM underneath its hood.

And if you had a ton of money, it wouldn’t make much financial sense to go with the Core i7 variants of the Surface Pro either, because when they’re going to set you back RM7,199 and RM9,999, respectively, you would definitely be better off getting an iPad Pro for your sketching needs, and a midrange Windows gaming notebook for pretty much everything else.