With eSports becoming increasingly popular in this day of age, many aspiring gamers are eager to up their game anyway they can. Would a gaming keyboard help in this regard? Logitech hopes so, especially with the G213 Prodigy.

Let's start with features – Logitech claims that the G213 is 4x faster than standard keyboards. This is achieved by several means. First up is the use of Mech-Dome keys, which are essentially membrane keys that have been tuned to deliver better tactile response, close to what you'd get on a keyboard with mechanical switches. It has 4mm of travel distance, and has 50g of actuation force. This means that you won't need to press hard for the keyboard to register your input. Furthermore, there's a report rate of 8ms, which further helps to improve how fast your input is recognized by your system.

Apart from that, the G213 has other tricks up its sleeve, like being spill-resistant. You can pour up to 60ml of liquid onto the surface of this keyboard, and it'll still function, so there's no need to worry about having a quick lunch in front of this keyboard. Particularly useful for when you're going on raids in World of Warcraft, we assume.

Other features worth mentioning is an integrated palm rest, RGB lighting, and dedicated media controls. Unfortunately, there are no macro keys, but you can assign macro commands to almost any key, so it isn't so bad. However, you'll need to use Logitech's Gaming Software to assign macros and to customize the lighting on the G213. As mentioned, the Logitech Gaming Software plays a big role in accessing the more advanced features of this keyboard. Not much has changed since last year when we reviewed the Orion Spark G910 last year, but hey, why fix something that's not broken? 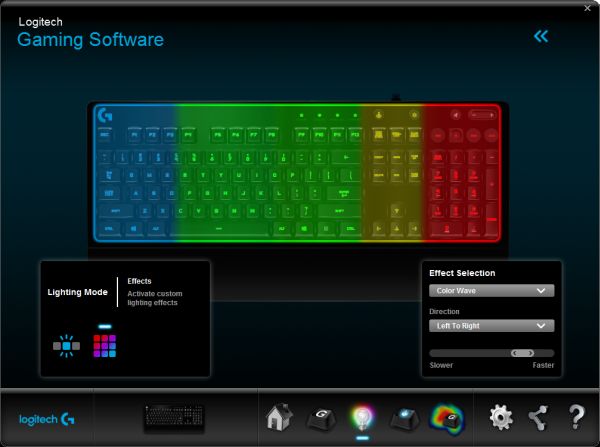 The software is pretty straightforward, so you'll be able to intuitively assign macro commands and change the lighting effects on the G213. There's no better way to test a gaming keyboard than to use it in a typing game, and one of the best typing games on the PC is arguably The Typing of The Dead: Overkill.

As we typed away zombies, we found that the G213 is indeed a joy to type on. Input is registered perfectly, and the amount of actuation needed is minimal, which is great. There's also a good amount of tactile feedback, so those who like mechanical keyboards will find this to be an interesting middle ground between Cherry MX brown and red switches. The travel distance is also great, which is great, as you won't have to press too hard for the keyboard to register input. 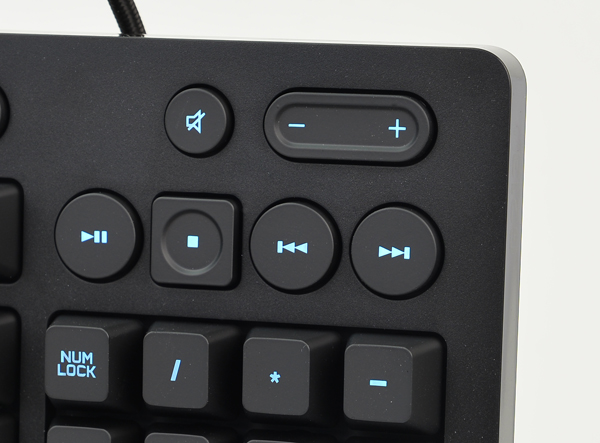 Throughout our intense battle with zombies, we found the integrated palm rest to be comfortable, and the overall typing experience to be great. However, there is one small issue we have with this keyboard, and that's with the dedicated media buttons, particularly the volume adjustment button. Don't get us wrong, we love the fact that this keyboard makes it easy to control your music, but while gaming, it's easier to scroll to control the volume, instead of having to rapidly tap a button or hold down a button. So here's what we think of the Logitech G213 Prodigy – it's a good alternative to mechanical keyboard because the actuation of tactile feedback comes really close to being between that of a Cherry MX brown and red. Build quality is excellent, and we must say, this keyboard feels very robust. Being splash-resistant is also a plus in our books. As for software, Logitech's Gaming Software is easy to use, which is another plus.

Priced at RM299, the G213 is also relatively affordable for a gaming keyboard, so there's no reason not to recommend this keyboard. The only downside to this keyboard is the lack of dedicated macro keys, though this is easily overcome by assigning macro functions to the existing keys.