Linksys WRT1200ac: Your Internet on steroids

Linksys WRT1200ac: Your Internet on steroids

When it comes to tech, there will always be something that's faster, more reliable, and generally better. This even holds true for Wi-Fi technology because back then, we thought the 802.11n standard was highly impressive. Fast forward a couple of years and there's now the 802.11ac standard that offers even more throughput performance, which translates into faster transfer rates. Among the new breed of 802.11ac routers out there, is the Linksys WRT1200ac. Here are our thoughts on this high-performance router. 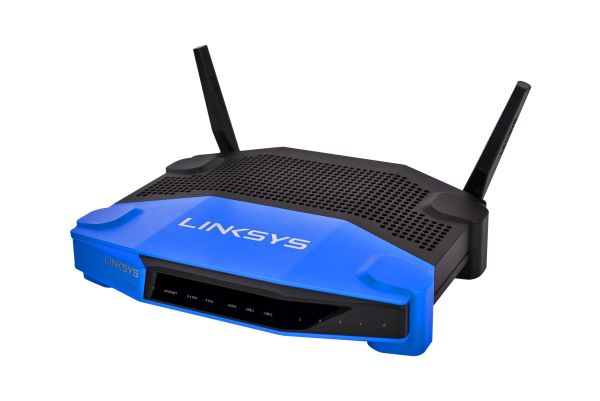 The Linksys WRT1200ac looks very similar to the WRT1900ac, sporting the same front panel with LED status lights and vented holes at the top that are designed for heat dissipation. Overall, the two look identical, except that the WRT1200ac has two antennas instead of four.

When you take a look at the features on this router, you'll find the standard high-end affair. It has four Gigabit ports, one USB 3.0 port and one USB 2.0, as well as an eSATA combo port in terms of connectivity options. As for its features, the WRT1200ac is a dual-band router, which means that it transmits data over both the 2.4GHz and 5GHz. For those unfamiliar with the bands, the 2.4Ghz band is what 802.11b/g/n routers currently use (802.11n uses both 2.4GHz and 5Ghz). Needless to say, it's getting crowded, and ultimately limits the speeds and stability of current Wi-Fi networks. The 5GHz band, on the other hand, is the band that the 802.11ac standard uses. Just so you know, the 802.11ac standard has throughput of at least 500Mb/s, while the 802.11n standard offers data rates from 54Mb/s to a maximum of 600Mb/s.

If you're a heavy Internet user, you'll find that this router will be able to keep up with your demands, even if you're sharing your connection with multiple users. This is thanks to the fact that it has a 1.3GHz dual-core processor that allows it to support heavier loads with ease.

What's also interesting about the WRT1200AC is that it supports the Linksys Smart Wi-Fi system, which allows you to control almost all the aspects of the router from either an Android or iOS device. To do this, you'll have to download an app that's available for free on both Google Play and Apple App Store. 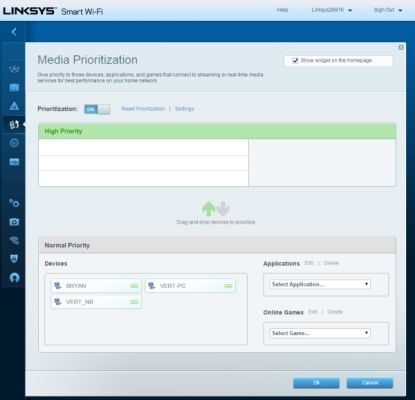 Another thing that's worth mentioning is the fact that those who have more technical knowledge can opt to run this router with custom firmware, as this router was developed for use with OpenWRT, an open source, Linux-based OS.

Our routine test setup includes a desktop PC, the reviewed router, and a notebook to simulate a wireless home network. The desktop system takes on the role of a host machine, while the router acts as a gateway. And lastly, an external wireless 802.11ac adapter attached to the notebook is used to fulfill the role of a wireless remote client. The router is locked down in 802.11ac for the 5GHz band, mainly to prevent the use of varying 802.11 standards. Typically, a channel bandwidth of 40MHz is selected where applicable, while 80MHz is used for the 5GHz AC band. We'll be using an 802.11ac USB adapter for our throughput tests to reduce the number of variables involved. Here is a graphical representation of our network test setup:

To evaluate, we measure the routers’ speeds in transferring a folder with 1GB of files over a homegroup. We will do multiple tests at different distances to simulate use around a typical home. Here are the test distances we used and what they represent.

To test just how well this router performs, we set it up with a desktop and a notebook PC. The desktop was physically connected to the router, while the notebook was used to test transfer speeds from different locations. To simulate real-world transfers, we used 1GB worth of different files. Both systems were connected to the same homegroup.

We started the test by placing the notebook within five meters and with direct sight of the router. This transfer took two minutes and 34 seconds with an average throughput of about 80Mbps. Next, we moved 10 meters away, with minimal obstructions between the router and the notebook. Once again, the transfer was fast, taking only two minutes and 37 seconds, with the throughput remaining the same. Finally, we moved to 15 meters away, with the router in a different room and floor altogether. This time around, the transfer took close to three minutes, with an average throughput of 75Mbps. 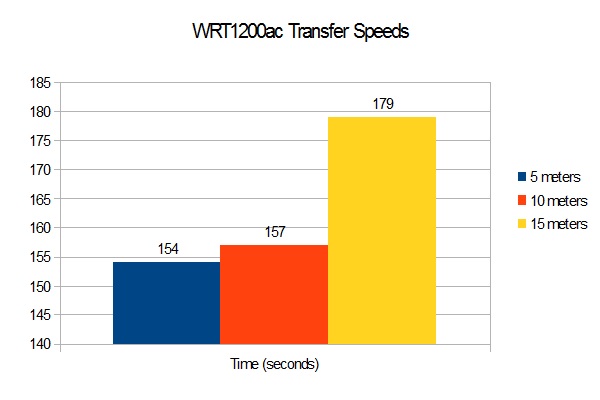 There's little doubt that the Linksys WRT1200ac is a powerful router. It's something that's easy to set up and once you've done that, all you have to do is sit back and enjoy a more stable connection. It also has plenty of features that those who are more tech savvy will find incredibly useful, such as the ability to easily prioritize bandwidth to specific devices and apps. In terms of performance, the WRT1200ac is on par with most high-end routers , so there's no need to worry about getting the most out of your Internet subscription.

This performance does come with a rather hefty price tag though - RM899 to be exact. While most will find this to be a significant amount, small business owners and heavy Internet users will find this to be a reasonable investment, considering you can set up a small server system using a NAS and this router. Overall, if you're looking for a high-end router, there's no reason why you ought to leave this out of your buying list.