To assess the real capabilities of a HDTV's video processor, we believe standard-definition images are better 'stressors' compared to 1080p content. In any case, we've been told the LM9600 has been fitted with an updated resolution upscaler, and we'll see how it holds up with the X-Men DVD. For starters, LG's local dimming option should be made mandatory with this model. What do we mean by that? To begin with, enabling this feature helps reduce backlight bleeds at the corners as mentioned previously. On the other hand, we also observed that shadow details were compromised as a result when it's set to High. Some call this the 'black crush' phenomenon. Being so, the Medium local dimming selection would be your best bet in obtaining an ideal balance between black levels and picture detail. The TV's Super Resolution feature is critical for DVD playback as well, since it cleans up noise artifacts and sharpens the picture by a fair bit too. To add, motion-tearing was also less apparent (without TruMotion applied) compared to LG's first Cinema 3D Smart TV we've reviewed last year. LG has a new feature called Preferred Color under the TV's Advanced presets with three main options - Skin Color, Grass Color, and Sky Color. The Skin Color is set to "-3" by default, although we feel that a value of "-2" yields the best result. 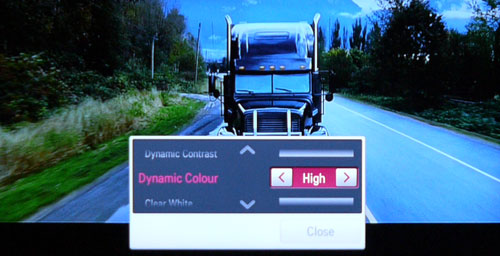 Tim Burton's gothic animation was fairly watchable without the need for too many picture enhancements to be enabled. Again, we have to stress that the TV's local dimming attribute is a must-have here, not unless you can live with cloudy blacks at the periphery of the display. Next, we put LG's frame interpolation and backlight scanning to the test. TruMotion (1000Hz) comes in four modes - Off, Smooth, Clear, and Clear Plus, each with its own "de-judder" and "de-blur" values. On its own, the LM9600 was capable of producing crisp visuals with natural colors which we can vouch. With Trumotion, however, onscreen movements and camera pans became unrealistically smooth. And since there were little instances of smearing or judder natively, we figure there is little reason to enable TruMotion at all. On the contrary, one of LG's best weapon lies with its Real Cinema (or 24p processing) instead. And as recommended in our previous test, we strongly suggest you activate this feature with most of your Blu-ray content. And as noted on our DisplayMate test, we hereby confirm that horizontal viewing angles are excellent on this advanced IPS panel. 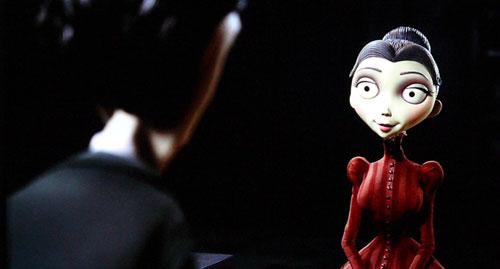 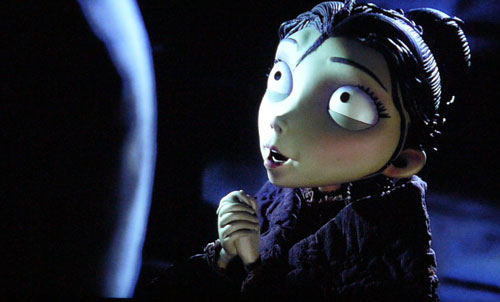