LG has cooked up a number of marketing terms for their latest LM9600 display, such as 'ultra-slim escutcheon' and 'floating form' to describe their Cinema Screen design. Fancy as they are, there is an element of truth to the TV's impressive form factor. The Ribbon stand (found on series LM9600 to LM6700 as seen in the photos below) does help create the impression that the TV is elevated, or 'floating' of sorts. Comparatively, we find the Ribbon stand to be more stable than Samsung's U-shaped alternative, such as the one found on the new ES8000. LG's Ribbon stand swivels as well, thanks to its special joint. Note that this feature isn't present in Samsung's U-shaped base either. The other complimenting aspect is unlike conventional TVs with relatively thick borders, LG's LM9600's metallic bezel appears more like a slim outline around the 55-inch panel, thus giving the LM9600 a "window-esque" feel especially with the display turned on. Upon closer inspection, however, there appears to be a misalignment of the bezel at the bottom right corner (see picture). We'll check with LG soon to determine if this is a manufacturing flaw or simply part of its design. As for the screen itself, the TV's glass face is extremely glossy making it impractical for use under bright ambient lighting conditions. 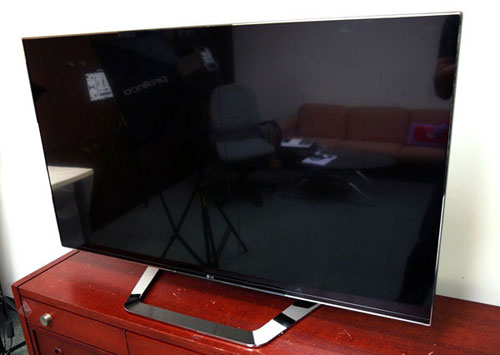 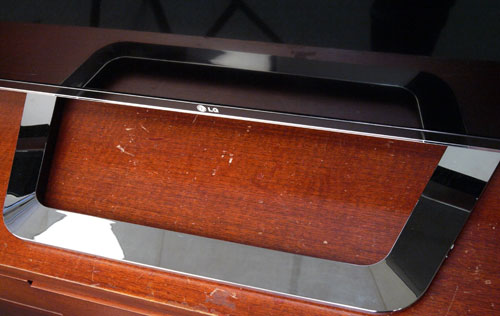 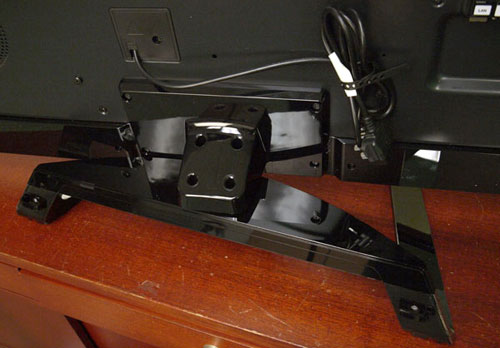 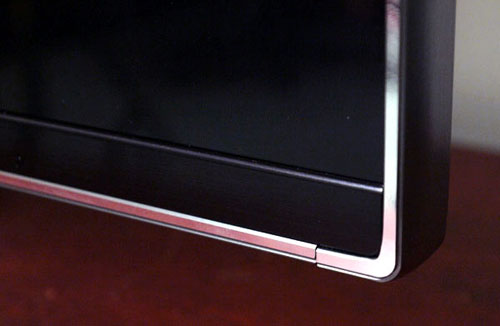 Things are equally interesting on the back of the TV too. Instead of awkward rear-facing inlets, LG has positioned the ports sideways or downwards to make it more convenient to wall-mount the LM9600. The side panel carries four HDMI slots (ARC is enabled on HDMI 1) and three USB terminals, while the lower tier holds most of the analog ports and Ethernet socket. To preserve the TV's slimness, a breakout cable is required for the composite and component jacks. The bundled Magic remote is another anticipated component of the LM9600. LG's secondary remote now touts a scroll-wheel situated within the D-pad itself. This is to facilitate the scrolling of app pages and web pages. The point-and-click wand also harbors a dedicated 3D and My Apps button. The latter enables you to fire up the My Apps 'docking bar' on the TV's user interface. Although it's more ergonomic than last year's design, LG's Magic remote has unfortunately been stripped of its voice features for the local release. According to LG, getting their voice controls to work flawlessly with Singaporeans' diverse languages and accents can be a tricky endeavor. And it's a risk LG isn't prepared to take. The same model sold in some of the overseas markets will have voice activated controls enabled. 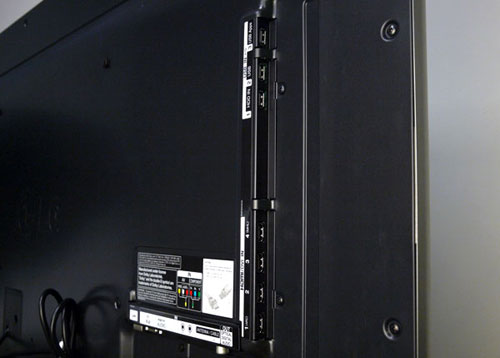 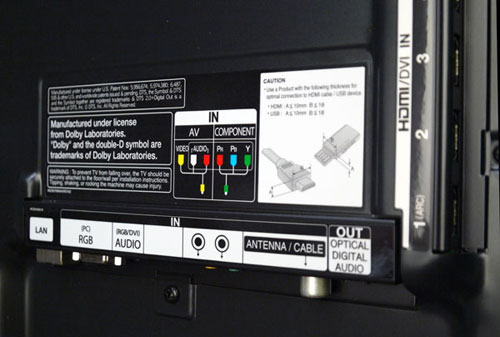 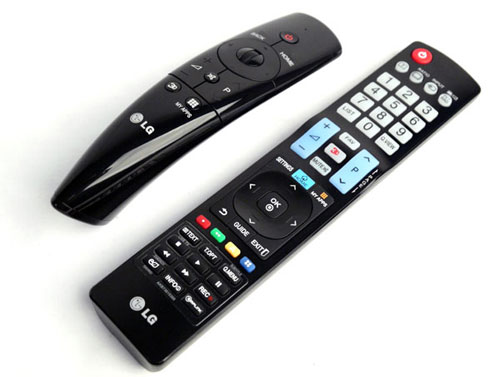 Welcome To The New Home Dashboard 2.0

Before you get to enjoy the Cinema 3D TV, you'll be prompted to set certain things in place first, such as the TV's language selection, calibration for the Magic remote, network settings, and so forth. That said, let's take a quick peek at the new Home Dashboard. Visibly, LG has performed a complete overhaul of its Smart TV interface. And what we have now is a more polished interface which makes the previous version look somewhat dated. On the upper row, there's a row of tiles consisting of categories like Premium, 3D World, Smart World, and Smart Share Plus. To navigate from page to page, simply point the Magic remote to the extreme ends, and click on the arrow "button". The LM9600 also features an EPG (Electronic Program Guide) icon found on the My Apps docking bar below. However, we can't put this feature to the test since we are unable to receive any digital broadcast channels at our test lab. 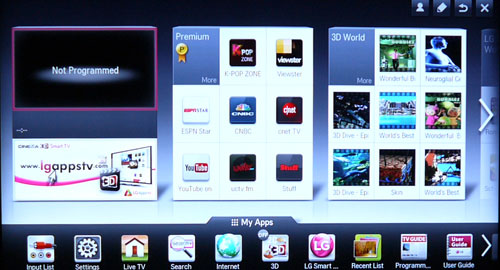 Featured apps on the LG App Store can be found on the Smart World tile, while Smart Share Plus enables you to grab screen content from your mobile device. The opposite is also possible (streaming TV's content to smartphone or tablet) via Wi-Fi Direct or WiDi. Unlike DLNA, these two standards offer direct wireless connectivity without requiring the devices to be connected to the same home network. Moving on, a quick check confirms that LG's App Store carries both paid and free apps. However, loading times for the web store were a little too sluggish for our liking. The same applies to the 3D World portal, which carries a combination of educational and infotainment 3D clips. Content is still lacking in our opinion. On the other hand, the new web browser is a tad more responsive, and it also features a PiP (picture-in-picture) function as well. Picture presets for the LM9600 include the following - Intelligent Sensor, Vivid, Standard, Cinema, Game, Expert 1, and Expert 2. To tune the TV's advanced settings, we'd advice you to select either the Expert 1 or 2 presets which feature ISFccc calibration attributes like color gamut and luminance settings. 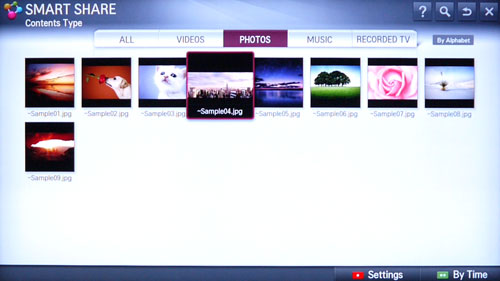 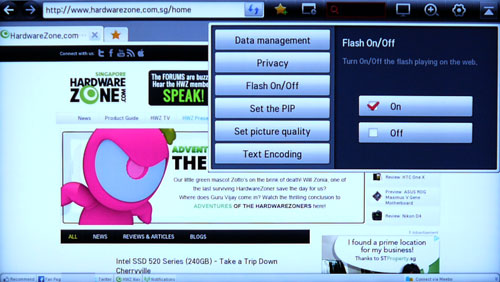 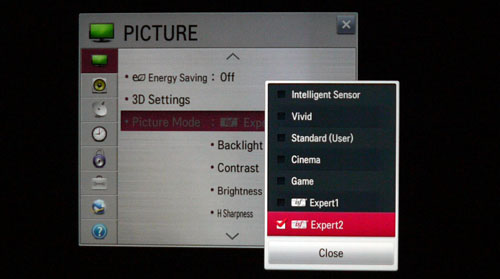